She had been the traditional wife and mother till now, but was there anything wrong in indulging in this innocent desire? 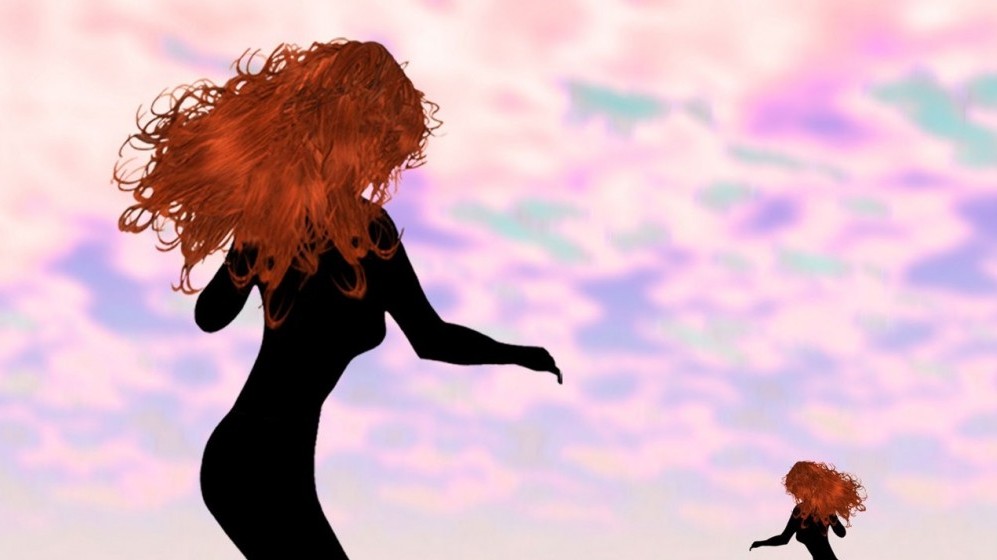 She had been the traditional wife and mother till now, but was there anything wrong in indulging in this innocent desire?

Rati was packing Anshu’s lunch for work, when her eyes fell on a clipping falling out of Anshu’s diary. It featured a model – perhaps Italian – ivory skinned, not particularly curvy but silhouetting enticement. What hooked Rati’s gaze was the hair. Hair the colour of Fire…

“Do you like it Maa?” Anshu jovially chided, catching her mother staring at it.

“What? Me? No! I was just looking! Weird People… Hair like fire!” Anshu peered at her mom in roguish delight. “Really? I think you are Bluffing mom! I think you love it!”

“Aren’t you late for work huh? Off you go, blabbermouth!” Anshu gave her mom a peck on the cheek and left for work.

Rati was mom to a twenty five year old Anshika, but in more ways than one, Anshika behaved like Rati’s mother. Anshika was everything Rati was, but also much more. She was loving, beautiful, and prudent like Rati. But she was also untamed, impishly devilish, and fiercely independent in a way Rati could not be.

Anshika’s personality was of her own making and sought no approvals. Her choice of career in fashion reflected her maverick personality. She intended to pave her own way, unlike her friends treading the well beaten career paths. She was lucky for her parents supported her every step of the way, her secret to blossoming early on in life.

Rati respected her daughters individuality, almost revered it as if sacred. Maybe because hers had been subdued all along. All of Rati’s decisions had been second hand. She was an M.A., but had settled for being a housewife after she had married Anshus’s Dad for the usual reasons of an arranged marriage – because he was settled and reasonably good looking.

And note here – these are the only two things considered of PARAMOUNT IMPORTANCE in a marriage. Besides Rati had already been twenty three, something that had gave closure to the decision to marry.

Done was done, looking back didn’t change it. Not that Rati regretted any of it. Her husband was the kindest and most affectionate of men. She was loved. But is that enough? What about ‘the being silly in life’? The making bad choices?… Or making ‘a choice’ for that matter. The being free? The being wild? The falling in love? The suffering a heartache?

The running in the rain, the basking in solitude…

The colouring your hair…

She had long black tresses, the kind to send young and old into raptures. But she had had long black lustrous hair since the beginning of time! It was beautiful. Also incredibly BORING!

Who was it who had declared, “The colour and length of a woman’s hair is directly proportional to propriety of woman! Black and Long!” Stone that moron!

She had maintained them first for her mom and dad, then her mother in law and hubby, and propriety in general… and now, well… She didn’t know why she maintained them now. Maybe because she was Mrs. Somebody, wife to so and so, mother to so and so. And Mrs. somebody cannot be a blonde or redhead! As if the long tressy shiny mass of non living tissue accentuated in proper lights the happiness that thrives in the family.

So Rati abided by it yet again.

She thought of her husband who was to return in a week from a foreign trip. Rati’s husband loved her and would support her in every endeavour… “but would he like the change? Approve of it? Love me despite it? He was used to seeing me like this for over twenty seven years of marriage. Even if he approved, would the mothers in law approve? And what about the neighbors? They would surely talk! And Anshu’s friends and their moms? Too much to explain – why don’t I give up the thought? Best for everyone. What am I thinking anyway! Budhi ghodi, laal lagaam!” Her thoughts ran riot.

But even after all these years of devoted servility towards her family (all happily, mind you!) there was still a spark, the vestiges of the feral spirit which had never found it’s way to reality. The part from where Anshu had gotten her mettle. The witch who had been so often tranquilized, she snarled :

“You people-pleaser, c’mon! Why not? You saw that woman, maybe hair like fire IS weird but it sure as hell is outrageously BOLD! You know what more it is: It is free, it’s wild! Its silly! It’s liberating! You’ve got one life and you‘ve done your duty woman! You came out in flying colours. You top! There isn’t anything left to sacrifice your little wishes for.”

“Has it? Answer this – when did you have time? When was the right time to do it, huh?”

“Yeah! Right! It never came, never will. It is now dummy.”

“Don’t get me started you! What do you know about being a mom, running a family, living in society? A lot sadly depends on my appearance. I can’t change is overnight! It’s taken a long time on my and my husband’s part to build a reputation in society… I can’t soil it for a stupid wish. People talk you know, they always do!

“Exactly Rati! People talk and they always do! That’s exactly why this should not be holding you back. What is a hair colour change? Honestly it’s not even possible to come up with a smaller act than this, to tell yourself and those around you that you are in-charge of your spirit. Start reclaiming your unfeigned self, start from your hair. Do little things, be silly. Don’t disappoint the Anshu in you, stand up for yourself, Rati!”

And her wild self was gone leaving Rati ravaged from all the words, oh so honest words! But something had changed in her now at sundown from the woman who was packing Anshu’s lunch in the morning.

When Anshu was back from work, she pecked her mom on the cheek and immediately sniffed out the battles raging within. She held her mom gaze, piercing right through Rati – “what’s up mom?”

“Anshu, I want to cut my hair and I want to colour it!” she said blandly, meeting Anshu’s gaze.

“MOM really? Oh my GOD! You are going to look the best mom! Ah! I though you were never going to concede! I’m so proud mom! We will do it right away! Have you thought about the cut? I’ll check out some based on your face cut…” she flipped open her laptop. “Let’s see…”

“Anshu, it doesn’t worry you? Am I not too old for it? I mean the people…your dad…”

“Maa, here’s the thing: Once you stop worrying what the world will think of you, your life will become that much easier to live. I have learnt this from you Maa. And dad loves YOU. Not your hair colour…!”

“All right then! Tomorrow you say?”

Rati smiled sheepishly and Anshu just could not hold back from embracing this beauty of a woman in a bear hug.

It was done, with all the research and endless discussion with a dozen hair stylists, burgundy was locked for Rati.

Through Anshu’s gentle incitement and copious excitement, Rati overcame her cold feet and stood now: a burgundy head. Her tresses had been cut to loose curls hanging by her shoulders, pure burgundy- a compelling elegance.

She had stood at the mirror till her feet ached, examined and concluded that she loved what she saw. Anshu had been irrepressibly animated throughout the whole affair.

Her eyes skimmed through the crowd looking for her husband, the last remnant of doubt clinging itself to her, not letting go. She spotted him, and cast her eyes down the moment she did, unsure if she wanted to catch glimpse of his first reaction..

“On my GOD! Look at you! I get to take the burgundy head home? Am I the luckiest man or what! Darling…why didn’t’ you do this sooner?”

Rati lifted her abashed gaze at her husband and then at Anshu, sharing the enormous secretive smile with her daughter.

Harbour passion for writing, love for animals , freedom for expressions and a big appetite for life. Avid reader and lousy writer, I believe writings and smiles touch in a way nothing can. Believer of "Simple read more... "If I Had My Way, SLUT Would Be A Medal Of Bravery!" Diary Of A 'Miss Julie' [#ShortStory]