Kareena’s Bump Brings The Female Gaze To A Grand Finale

Kareena Kapoor walked the ramp at the Lakme Fashion Week and put the focus on celebrating pregnancy and motherhood as a normal for women.

Kareena Kapoor walked the ramp at the Lakme Fashion Week and put the focus on celebrating pregnancy and motherhood as a normal for women.

In a society where their worth is defined by looking at women through a male gaze, pregnancy and motherhood is shunned by those in popular media.

The woman has long been an object of the male gaze, as an object of male pleasure. That gaze has dictated beauty standards which over the years have become rather linear, regimented and limiting. It has laid down a rocky pathway that seems so firmly cemented, that we women now stumble along in the dark, making fledgling attempts to achieve a few of those lofty ideals.

Models, Indian movie actors, and women in professions where the male gaze dictates popularity and ironically, even capability, have long shunned one aspect of womanhood – pregnancy and motherhood.

You might argue that one doesn’t need to have children. I am not referring to those who consciously take that call and are at peace with it. But to others, who, forced by society’s sharp scrutiny of women’s bodies and roles in life, choose to postpone any decision that could ‘tarnish’ their image or appeal.

Why should a woman be defined by her life-stage if a man isn’t? Indian movie stars have definitely conquered the conundrum of marriage with female actors continuing to ring in box office success even after marriage. The same has not been yet true of pregnancy. But things might be changing.

Pregnancy alters a woman’s body like nothing a man could possibly go through. As girls become women, most of us have ‘indulged’ in personal body shaming almost like a rite of passage – including crying for hours in the toilet till we made peace with our bodies.

It takes a lot of unlearning of conditioning to realise that your physical body is not a true, direct or sole reflection of who you are as a person. Pregnancy, well, that just takes you back to square one. Relearning to love oneself at times can be as hard as the first time, and we, as a species, do not easily learn from the past. And with the harsh pathway that the male gaze has set over the years, disappointment and frustration is bound to set in soon.

This Sunday, late into the evening, I sat in the audience at the Finale of Lakme Fashion Week. Multiple models had already walked past in beautiful bridal couture before the lights dimmed. The live orchestra softened the music till it almost faded out. Anticipation grew as we knew the showstopper would now walk out. The music slowly picked up the strings again, cocooning the large studio space. The chandeliers twinkled back into yellow existence. And at one side of the ramp, Kareena emerged.

She walked the entire ramp slowly, grace written in every step, taking a large turn around, pausing, posing and smiling. One hand on her ghunghat, picking it up at times, holding it close to her face like a shy bride and the other hand, always hovering around her stomach. That hand would often steal a caress down the front.

She looked beautiful, glowing, shimmering in that yellow light, defiantly posing with a raised chin and hand on her baby bump for the cameras. Applause broke out on all sides.

We sat there in awe, this mix of men and women, clapping for her, as she walked down the ramp as a woman in full bloom, not because she was size 0 or was modelling her fit, toned body but because she was all filled out, her face having lost the edges, rounded by the softness of motherhood as life kept growing inside her.

The moment was broken as the commentator announced the designer, the music picked up pace and the lights turned on bright. We shuffled out, this motley group of regular folk, designers, models, celebrities, socialites, fashionistas all united in our awe for Kareena’s glow.

I’ve seen Kareena walk a fashion show finale before and she always does it with style, oomph and a certain pizzazz. Today, it was another beauty on display. This beauty was the female gaze. It was gentle, comforting and embracing of all that she was.

And as an audience, we had reached out jointly with admiration as she embraced life without shying away, disliking her changing body or her now softened cheek bones. She embodied beauty and strength but in a soft, voluptuous feminine way. There were no sharp edges.

Female bodies have long been prepped to look perfect. We like our men smart, but want our women beautiful. One description talks mental faculty, and the other, physical, a large percentage of which is pure genetic luck. Unblemished, virginal, untouched by age or life stage, the words that define our judgement of women. A definition of beauty that is narrow, compartmentalised and archaic.

A few days ago, at another show at the Fashion Week, three mothers walked the ramp with their babies strapped to them in baby carriers in collaboration with the designer. The attention was on the smiling mothers, happy babies snug in their carriers and the grace of the entire scene. The audience clapped, celebrating motherhood that hadn’t become a hindrance in the designer’s workshop or here on the ramp. Life continues, wholesome and all embracing.

Maybe it is time to look at ourselves with a female gaze – a gaze of admiration, appreciation and awe for the powerhouse that our bodies are. Maybe that day isn’t far when we, the women in India, will embrace ourselves for all we have, each scar, each mark, each baby clinging onto us, as a tribute to life, to living, to embracing all that comes with this experience. And feel sexy, despite that.

bhavani is an independent writer. Her fiction will soon feature in an anthology by Aleph. Her short fiction "A Fragrance That Could Have Been" was the winner of the 2016 Out of Print-DNA Contest. read more... 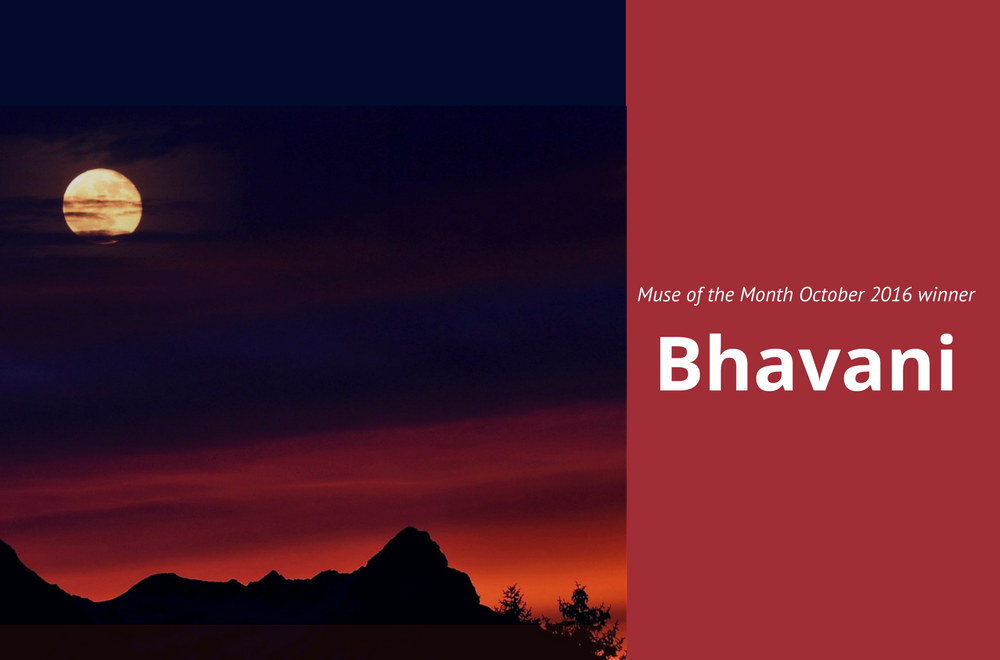 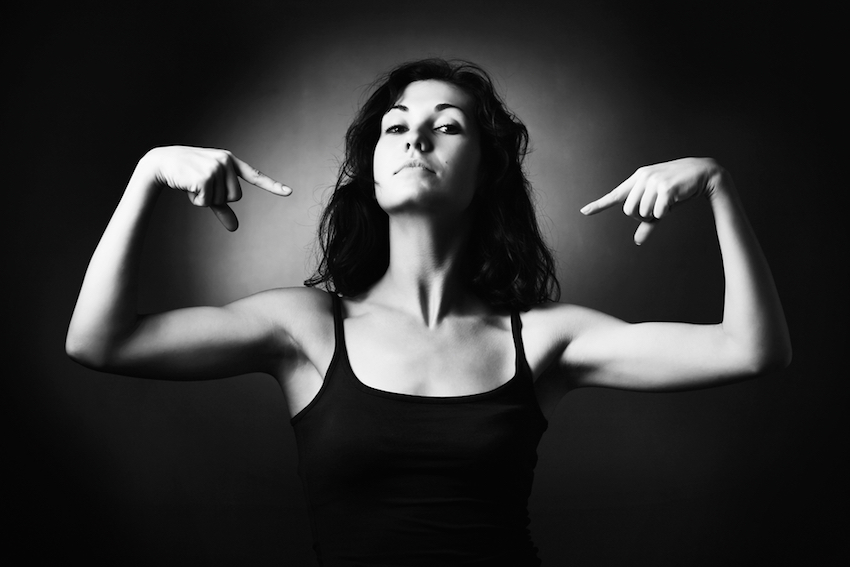 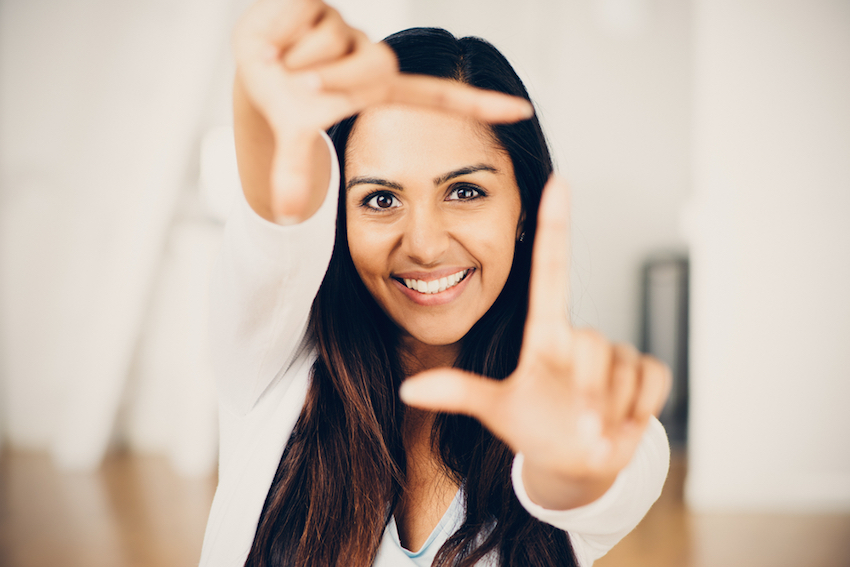