The Two Child Norm That Poses A Catch-22 Situation For Hindu Women!

Two child norm? Or Four or five children according to certain 'enlightened' leaders? And why should men fall behind? A hilarious read! 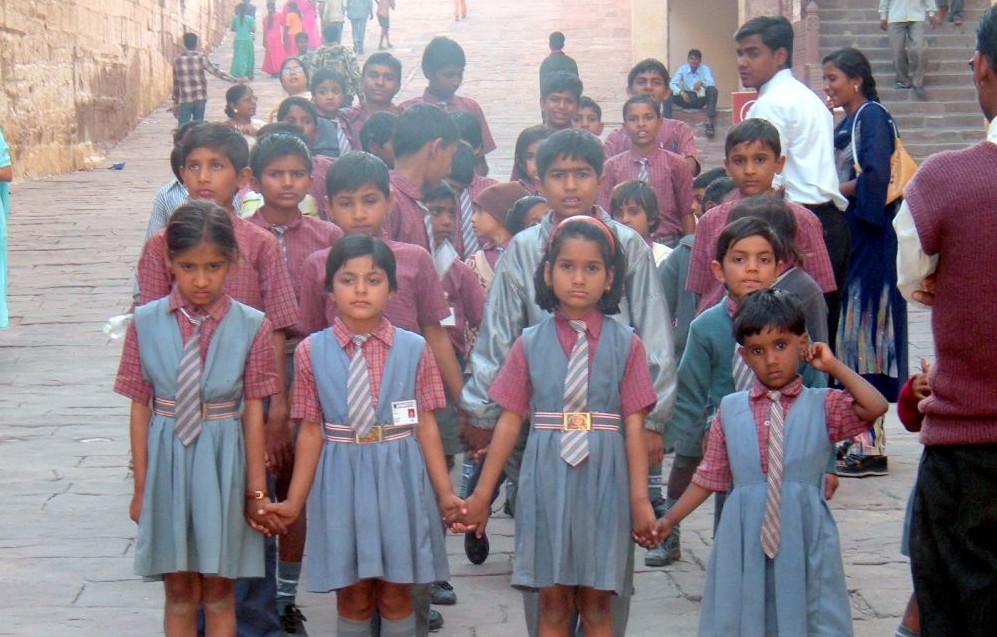 Two child norm? Or Four or five children according to certain ‘enlightened’ leaders? And why should men fall behind? A hilarious read!

There was a small news item in the Times of India dated 3rd July, 2016, from Bhopal, Madhya Pradesh. It read: 3 peons breach MP’s 2-child norm, sacked.

It stated that they were removed from their service at Damoh District Court, as the year long enquiry determined that they had more than two children. It went to to say that, more peons would be facing similar action soon.

The two child rule was added to MP Civil Service rules in 2000. One of the peons who has been sacked has alleged that similar rule for candidates for panchayat elections was changed in 2005 to favour netas.

This news item is very  revealing. It depicts what we have known all along. That commoners like you and me have to follow all rules, by-rules, orders, laws, etc., and our netas, even Panchayat level ones & above (which includes all MLAs, MPs, etc.) who are our law makers can flout all of them – get them amended, modified, etc. to suit themselves. After all, they are the lawmakers. So it’s quite obvious that they must have all the advantage over the aam aadmi. And this starts from Panchayat itself as we in India believe in grassroot democracy …sabka saath, sabka vikas.

Chandrababu Naidu, Chief Minister of Andhra  Pradesh has been reported to have said that rich should opt for more than one child. He has opined that children are ‘future assets’ of the country. And why should rich have more kids because, perhaps, he feels that State need not bother to look after children of rich kids. Kids of poor will have to survive on the mercies of the government. And government has no mercy to show anyway.

And then there is the BJP MP Sakshi Maharaj, who opines that each & every Hindu women must give birth to a minimum number of four children. This is a must, to protect Hindu religion as per him!

And this number of children each Hindu woman must have, was further raised to five by BJP West Bengal leader, Shyamal Goswami. This all makes it so very confusing.

So if people want family planning, they must be in MP. If well to do people want kids more than one, they must reside in Chandrababu Naidu’s Andhra Pradesh. And Hindu Women on a pan India basis must beget four & five & cumulatively nine children.

One point that needs clarity is if a Hindu woman in Andhra Pradesh is poor, can she beget more than one child? And in MP, can a Hindu woman (not a panchayat member nor an MLA nor an MP  )  give birth to more than two children? And in such disputes which will arise, which court will have jurisdiction?

Maybe new judicial forums will be set up. And these extra kids that are begot as a result of this confusion will head these courts. Because, in India more than three crore cases were pending towards the end of December, 2014. Hence, these new cases arising out of such disputes would come up only much later.

Government advertises family planning by way of, ” Pehla bacha abhi nahi, do ke baad kabhi nahi “. It means, first child after a certain time & none after the second child. And then to confound & confuse, the leaders say that two kids is just the beginning and not the end.

And all this will leave the women very exhausted. These same kids will transform into terrible teens. Just surviving one is so tough & to withstand four, five and nine is just impossible. Changing religion and or sex would be the way out then!

And I just can’t follow why women have to bear the brunt of producing kids who would protect Hindu religion. Where does that leave men?

Men should protest (as they protest every time women scale higher & newer heights) that they want to play their roles in this security set up. So, they must find out ways & means to determine how even men can give birth. This will put dreams of Sakshi Maharaj & Shyamal Goswami on the fast track! And our nation on to  the winding road to nowhere.