With the whole world under a lockdown, women seem to be holding fort everywhere, right from homes to offices to even countries! Here's to these warriors!

With the whole world under a lockdown, women seem to be holding fort everywhere, right from homes to offices to even countries! Here’s to these warriors!

India, nah, the world is under lock down. And it has affected us in a myriad ways. It, obviously, has influenced kids and women as well.

Since everybody has to stay safe and indoors at homes, the women of the house are constantly on their toes. They clean, cook, wash and care. Yes, men do chip in and ‘help.’ But that is the bare minimum done only when specifically asked to do!

The kids are are no better, either but that is expected. When they see their father and the other men in the house laze around, they will follow their example and laid back attitude.

Snap! And the work is done!

Men are, therefore, shocked that women physically do housework! That is that the women actually cook, clean, wash and care with their hands and don’t snap their fingers. And since men are home, they are expected to chip in as well. Since they pretend to be busy doing nothing, they need to be requested specifically to do at least some task around the house. Then when they do the task, they do it in such a manner that they are never asked to help around ever again.

A survey regarding the type and quantity of housework done by Indian men is quite revealing. Actually this survey makes it official! More that 25 percent women feel that men do not do enough work at the home during shutdown.

It follows that post shutdown, they will do no work around the house. And nearly 70 percent men did admit that housework is tougher than they believed it to be! Corona lockdown has led to some enlightenment! Not that this enlightenment is going to reduce the burden of housework for ladies in any which way.

Domestic violence is on the rise

And amidst the lockdown, there are reports of increased domestic violence. Women are bearing the brunt of this violence followed by children. Many women have nowhere to go and no income of their own. Hence, they are forced to put up with the violent partners. And the lockdown has made it tougher.

The men take out all their frustration on their partners as all are at home all the twenty four hours, day in and day out. The National Commission for Women is flooded with more than twice the number of complaints during the lockdown in comparison to before it.

Victims of domestic violence are using email and WhatsApp and SMS to complain about the violence. This is being done as it gets tough to talk on the phone when the abuser is in close proximity. During the pre-lockdown period, a majority of the complaints were being made via phone calls.

Another downside of this stay at home is the spike in the number of divorces being filed. While the rising divorces are due to the domestic violence, economic downturn has also added to the increase. A few couples are consulting their lawyers through video calls while others are turning towards therapy.

Lack of communication and being out of sync is coming to the fore during the lockdown. Maybe, counselling can help but, if the lockdown continues further, more couples would firm up on separation. In India, women have to fight for their maintenance even after divorce. Divorces begin new problems of more harassment.

Just how horrible can humans get?

Whom is the affecting the most?

However, there is an upside for women during the pandemic! Corona seems to affect more men than it does women. More men are falling prey to COVID-19 than women. This maybe because women might be better at fighting the infection better than men. Or because they have a stronger genetic makeup.

The male gender is at a higher risk of coronavirus despite science having always studied the male body. Drug trials and vaccine tests are done while keeping the male body in mind. This can later lead to many of the drugs and vaccines being withdrawn as they were never tested to see how they would affect the female bodies.

Science needs to treat women fairly so that effective medicines can be made. This will help the whole of the human race not just the male gender. After all, this is the least science can do as a tribute to the woman who discovered Coronavirus and the science pioneer June Almeida. She is finally being acknowledged for her iconic work in virology, way back in 1964.

Here’s to the women taking care of the world

All over the world, female heads of States have been controlling the pandemic better than men have. Taiwan headed by President Tsai Ing-wen is exporting masks to other nations! She also ordered inspections of all flights that have landed in Taiwan from Wuhan, China. This was done in December 2019, when the virus was still not declared a pandemic.

A unit was set up to monitor the epidemic and the production of personal protection equipment was scaled up. The control was so effective, that USA asked Taiwan to be given observer status at WHO.

Angela Merkel of Germany handled the Corona virus spread so well that Germany had the least number of fatalities in Europe. Similarly, New Zealand’s PM, Jacinda Ardern ordered a four week lockdown from March 23. There was large scale testing that limited the number of deaths to nine. And this she did, by banning all tourists even though tourism is the biggest revenue generator for her country.

Likewise PMs of Finland (Sanna Marin), Iceland (Katrín Jakobsdóttir), Sint Maarten (Leona Marlin-Romeo) – all women, have taken firm steps of widespread testing and quarantining to control the spread. And they are winning! It could be argued that these small countries are easy to govern. But don’t small steps lead to bigger things?

This probably just means, that women need to lead for the world to be managed better. And we do need more women to make the world a healthier and a better place! 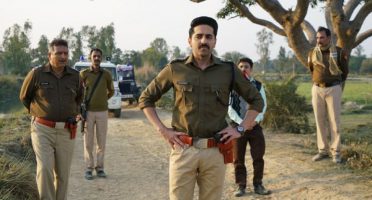