Do Your Kids Fight Too Much? Parents, Here’s How To Save Your Sanity

Siblings can be your best friends for life, and know you inside out. But when your kids fight a lot, you need some sensitivity, creativity, and loads of patience. 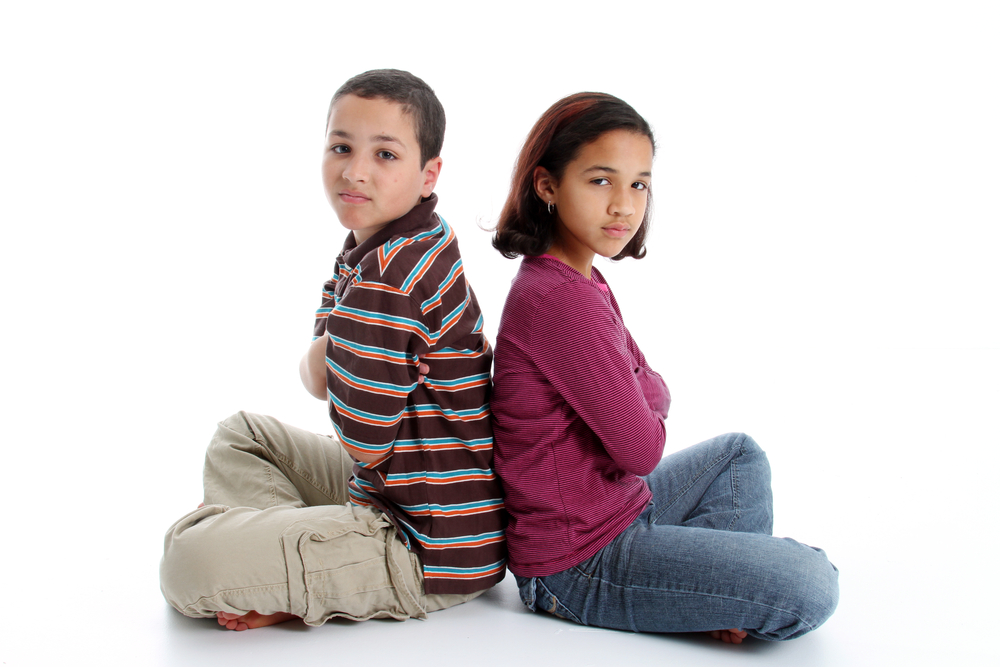 Siblings can be your best friends for life, and know you inside out. But when your kids fight a lot, you need some sensitivity, creativity, and loads of patience.

A few days back I was recalling a childhood memory of mine, where my elder brother and sister were having a tussle. I was there, yet not part of the fight as I was much younger in age compared to them. They were almost of the same age.

This instantly brought a smile to my face and I couldn’t stop laughing thinking about it. When we look back at our childhood, we often laugh at the clashes we encountered with our own brothers and sisters. However, I am sure that our parents wouldn’t have felt the same.

It must have been tough, acting as a referee in the midst of our arguments. I personally know of so many parents, who are totally stressed out when the kids fight a lot at home. It is energy draining. Having to be a judge time and again and the fear of being judged by your children can be a frustrating process for the parent.

When kids fight and why

Sibling rivalry is one of the major causes of concern for parents who have two or more kids. It is competition between two or more children belonging to the same family. It occurs when they are of the same gender or when there is a less age difference between them. Though it is a normal part of childhood, there are so many cases where rivalries have taken a more serious form, where brothers and sisters don’t speak to each other even after they’ve reached adulthood. A result, due to conflicts that were not resolved during childhood.

So how can a parent handle this delicate battle between two or more siblings without hurting either ? It’s not easy as it seems. There are measures that can be taken to solve bitter conflicts and to reinforce feelings of love and bonding.

Identifying the underlying cause

Usually conflicts among children are a result of some underlying cause. Try and identify the cause, address the issue and find a solution that works out for them. They say that parental treatment is one of the major causes of sibling rivalry. When a parent chooses one sibling over the other, it makes an impact on the tender psyche of these sensitive children, who are trying to make an identity for themselves in the family. They may feel that they are receiving a smaller proportion of their parents’ attention and love.

Do not be partial

The younger sibling generally feels that their word is not given importance when compared to their elder sister’s or brother’s whereas the elder sibling may feel that the younger one is gaining all the love and attention. It’s a delicate situation that can be handled well by the parent if they are vigilant. Feelings of both the parties must be respected equally, irrespective of their age.

Do not take sides

When a quarrel breaks out, do not take sides. Parents can hold the parties responsible by saying “Today you will not be allowed to watch the television” or stop them from indulging in their most favourite activity, say watching video games. This will act as a deterrent for both the parties to stop quarrelling in the future. You as a parent, have done your job tactfully without taking sides.

Writing down the good qualities of each other

This is crucial. Create ground rules in the presence of both and request them to abide by it.

Kids can be taught that fighting is not an acceptable way to resolve conflicts. Conflicts can be given a healthy verbal expression which will not lead to ugly arguments. They can be taught negotiation skills, to put their ideas and opinions forward, peacefully. It is healthy to express their differences. One must remember that if the conflicts are continuously ignored or brushed under the carpet, it could lead to long term animosity.

This would ensure bonding and team work between the siblings.

Interaction with siblings is the first learning opportunity for a child to deal with the outside world. A child who has a sibling naturally becomes mentally and emotionally stronger because of situations he or she faces, during the growing stages. However these points can be followed and practiced by parents who have a single child too, who have to learn to deal with friends, classmates and cousins.

Coincidentally while researching on this article, I discovered that Siblings Day is celebrated in parts of America on the 10th of April. Hence let’s make this an opportunity to cherish the sweet moments we shared with our brothers and sisters. After all isn’t it a blessing to have a best friend in our own brother or sister ?