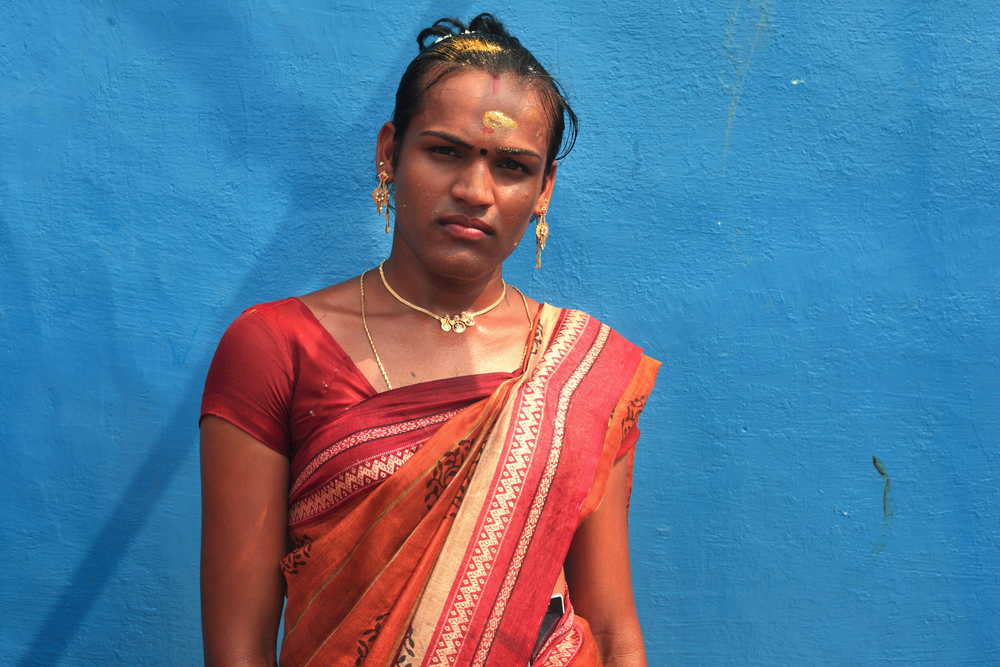 She Didn’t Know Me. Yet She Helped Me In My Time Of Need

We all have been through that situation when a transgender person comes up in a bus or a train and we don’t actually want to give money. Some of us give it because saying no is difficult. Some are scared of them. Some say that their blessings are really powerful. I don’t know, but I might believe in the latter.

It was in 2009 when I joined college. Every second weekend I used to go home and on my return I had to travel in bus from my hometown to Delhi and then from ISBT to college. I wasn’t very comfortable travelling in local buses due to the crowd. And while coming back on Sunday I was always in that tense mode, wanting to reach the hostel on time – the curfew time at there was 6:00 p.m.

The first time when I was travelling to hostel I was a little scared. I boarded the bus at ISBT and it was still waiting to be occupied with passengers. I had only one thought – of reaching the hostel on time. Then she entered the bus and started taking money from everyone.

I don’t know the reason but I always felt nice giving them money. The way they put their hand on your head and say nice words makes me feel blessed. I gave her 10 rupees and she did the same thing. After that it happened every time and it was the same her each time, as I always took the same bus every day.

Once she didn’t put her hand on my head as she was talking to her friend. So I called her and asked her for it. She smiled and did it twice.

After a few months, while going back to hostel I got very late. The bus waited for a long time and I got really edgy. When it started I felt a little relief considering, “Ab bas ek ghantaa aur”. (“Just one more hour to go”) But it always takes a series of events to make it a memorable incident.

On the highway the bus broke down. The conductor said that they’ll try to stop another bus and if someone wants to go on their own then they can. Everyone started de-boarding the bus. I had no idea what to do. People started taking lifts or an auto. I was afraid of travelling alone in an auto on that route. So I hesitated in getting one. There were very few empty autos coming by and people were taking them all. They were asking for a higher price too. I was getting worried.

I hadn’t checked who all were there in the bus. I wondered if maybe someone from my college was there, so I turned to look. To my luck she was there. Maybe she noticed the fear or tension on my face. I didn’t know what she was doing in the bus as she used to get down 5 minutes after the bus rode out.

She came up to me and asked, “Kidhar jana hai tereko”? (“Where do you have to go”?) I was a little reluctant in talking to her but seeing no other option I told her where my college was. She didn’t tell me where she was going or didn’t even ask me if she can accompany me. She went a little ahead on the road, stopped an auto and turned to look at me. She just said, “Chal aa. Chod kar aati hai mei”. (“Come let’s go. I’ll take you there”.) In an instant I did.

For the first time in my life I trusted a stranger and I am really happy about it. On the way she didn’t ask me anything. I suppose she knew that I was distressed – scared about anything that might happen.

When we reached the hostel I just told the autowala to stop. We got down and she said, “Ja bhag jaldi. Late ho raha hai na?” (“Go run fast. Getting late no?”). I don’t know how she knew that. She didn’t even ask me to pay. I rushed inside the hostel, made an entry and then saw her from the gate. She waited for me to go in, then got inside the auto and it took a u-turn. She was going somewhere else and still she came all the way just to bring me to my place safely. I never asked her name.

Again the same routine continued. I used to see her every time in the bus. I never talked to her and nor did she. But one thing changed. Now we both used to pass a familiar smile. In her smile I could feel the reassurance of her being there. Maybe it’s just my imagination.

I sometimes think about her and this incident really makes me feel happy. Every time when someone like her comes to me I feel good. I see her in them. I know I can’t trust everyone. But I like them. I am a little less scared of them than the general public.

I wish I could go back again and meet her. If I do, I’ll definitely talk to her and take pictures as well.

I am in IT by profession. But my soul lies in writing and art. I

Why Should Boys Get Away With Bad Behaviour And Girls Be Given Morality Lessons?

The Correct Response To Sexual Harassment