Here are 7 Indian women, in BBC's power list. These women made us proud. More power to them. 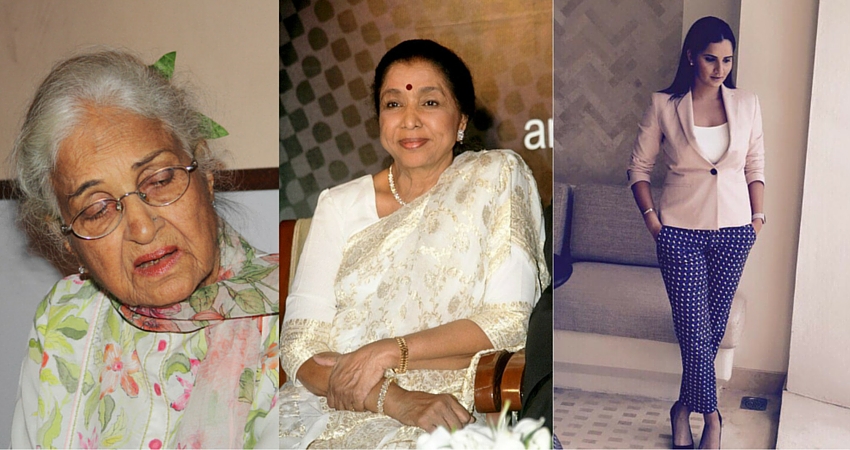 Here are 7 Indian women, in BBC’s power list. These women made us proud. More power to them.

The world has a lot of game-changing female players that aren’t as well-known as others. In the BBC 100 Women List, seven incredibly inspiring and hard-working Indians are included, some you may never have heard about. They will definitely show you different aspects of life, some that indeed need more attention. Let’s take the time to appreciate these wonderful women who make us proud to be Indian.

With astounding perseverance, Rimppi Kumari, after her father’s death, took over a 32-acre farm in Rajasthan. Along with the help of her sister (Karamjit), Rimppi shows us all that after certain circumstances knock us down, it’s important that you stand back up.

After being a sign language interpreter, Smriti has taken her job to great heights by starting Atulyakala. This organisation is a bridge between the deaf and hearing community, by selling various products all made by deaf people.

Kamini Kaushal is an Indian movie and TV actress. She has starred in notable films like Neecha Nagar which won the best film award at the Cannes Film Festival in 1946 (the first Indian Film to do so). Kamini has been a legend in Bollywood, acting in more than 100 films.

After being diagnosed with cancer in her early 20’s, Kanika did not lose hope in making a change and leaving a mark in the world. She is truly an inspiration and has been able to become an entrepreneur. Kanika is the founder of JetSetGo, India’s first ever online concept for air travel.

Through the Right to Pee network, Mumtaz has ensured to provide free facilities to women. She successfully persuaded the government to set aside Rs 50 million in order to build female-only urinals in Mumbai. This resulted in 96 female-only urinals being built, all to be used for free.

Here’s a familiar face and name, Sania Mirza, India’s most celebrated tennis player. She is ranked No.1 in women’s doubles as she was Wimbledon and U.S. Open women’s doubles champion this year. Along with this, Sania was also UN Women’s Goodwill Ambassador for South Asia in 2013.

Asha Bhosle is one of the most well-known and renowned singers in India. She started working in Bollywood in 1943 and has recorded songs for more than 1,000 films! Asha is an iconic woman who definitely deserves to be on this list!