Living With Disability : The Story Of Poet Rajeswari

Though living with disability Rajeswari's essence is her words that come to life through her poems. A published poet of 50 poems, this is her story of hope and courage! 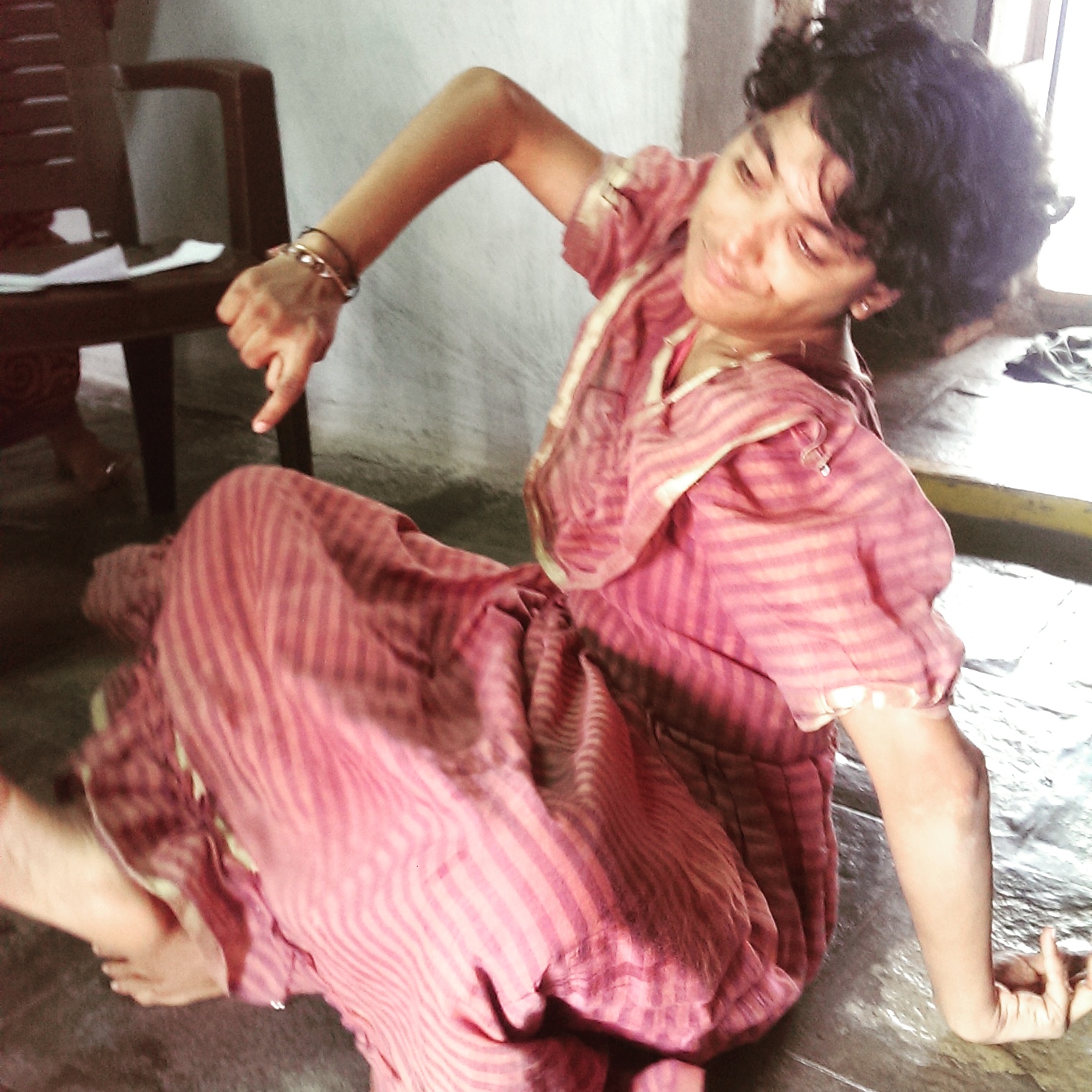 Though living with disability, Bora Rajeswari’s essence lies in her words that come to life through her poems. A published poet with over 50 poems, this is her story of hope and courage!

Rajeswari gripped a pen with her toes and plonked down on the floor to sign her name. “My body fails me but my writing connects me to the world,” she says. In a small lane off the main road, 140km (a two-hour drive) from the city of Hyderabad, lives a 34-year-old woman with severe disabilities. Bora Rajeswari was born in Sircilla in a family of eight. She is the fifth child and the only one with disabilities.

Her brother Bodaiah, who is her guardian, accompanies visitors and journalists alike from the main road to their modest home. These trips have increased as people have begun to frequent their house to interview the now published poet, Rajeswari.

Sircilla, located in the Karimnagar district of Telangana is known for its high population of handloom weavers (nearly 80% of the population.) The sound of the machine looms forms a central part of their existence. Many of their homes have a space cordoned off where the machine looms are operated from.

“The times are grim; the market for the polyester cloth has reduced. We now produce half of what we used to,” says Bodaiah. The socio-economic situation of the region is poor with a high incidence of suicides among weavers since the early 2000s. The population of persons with disabilities in the district is over a lakh (114,822) with nearly half of the population female. Most of this population (91,718) lives in the rural part of the district.

The close-knit joint family gathers in the largest room of the house to eat and talk, “We spoke about the farmers committing suicide; weavers killing themselves and the fight for a new state. This struck a chord with her,” says Bodaiah. The weavers fought hard to ensure that their demands for better lives and livelihoods were part of the political process during the formation of the new state of Telangana. Several of her poems reflect a deep pain in able-bodied men and women killing themselves. “I began by writing in the Eenadu, a Telugu daily, about suicides. I wanted to use myself as an example and question those contemplating taking their lives. With the help of a teacher, I was put in touch with the media. I was given space for three days to voice these thoughts,” Rajeswari says.

Born with a disability

Her mother recalls her as an infant. Having delivered four babies before Rajeswari, Anusurya was perplexed.“She was lying around and not doing what children do at that age. I had delivered all of them at home. There was no difference in that.”

After almost a year of little activity, the worried family took Rajeswari to the hospital. The doctor then told them that she had a disability called Cerebral Palsy. Before the Government of (united) Andhra Pradesh put in place the digital generation of disability certificates (SADAREM Certificate), the doctors gave families a medical note. When the government made it mandatory to possess a disability certificate for pension and other schemes, many families with persons with disabilities went to the camps to digitally assess disabilities.

It was as late as 2011 when Rajeswari understood that she was born with her disability. Birth Asphyxia caused Cerebral Palsy. This occurs when the umbilical cord wrapped around the neck cuts off the oxygen supply for a few seconds to the brain. Rajeswari has no movement in her hands, impaired and slow movement of the legs and difficulty in speech. Due to timely and early intervention, she has movement in her legs. Her brother said that despite the steep expenses, they invested in doctors to get her feet moving. They would rub her feet and do some exercises at home to improve mobility.

“She would use her feet to write from the age of six. She could manage to grip her pencil with her toes. She uses a spoon to feed herself,” says her mother.

Why does she need a school?

“Since I had so many siblings, I went to school as long as one of them did which was till class 7. I needed help in the toilet and to commute. I couldn’t ask the help of other children. So when my brothers and sisters dropped out or finished school, I was forced to stop going,” rues Rajeswari. It was a bonus that the school was under 2 kms away and she could walk the distance each day.

Rajeswari required a lot of support in her daily activities. Her speech, she adds, made it difficult for other students to understand and relate to her. She had two friends who were teachers. Their support and encouragement helped her continue in school. “Often I would get looks from other students questioning – why does she need a school?” Rajeswari says.

The support of the teachers and her family helped her to pursue her writing full time. Her interest in studying, reading and learning continues even today. She was keen on doing an open degree but due to money and health constraints, she had to back out. “Her health has deteriorated over the past few years. She has a lot of body pain especially when she attempts to talk. Her eagerness to communicate with the world keeps her going. I did ask her what she would do by continuing her education now,” says her mother.

Rajeswari tells me that she doesn’t like to go outside very much. There were a couple of other persons with disabilities in the neighbourhood but she prefers to stay indoors. “If she has to go out, there needs to be somebody with her. We thought a wheelchair might help her in movement but since her hands lack functionality, there needs to be someone to push her around,” adds her brother.

Most of her day therefore is spent between the pages of Telugu books, reading and penning her thoughts on what she watches on the television. She uses her cellphone to communicate with her friends and well wishers. Her closest friend moved to Hyderabad city after her marriage. She continues to be in touch through the mobile phone. She retrieves it from the inside room to enter phone numbers and names with her toes – smiling all along. She reflects that people wonder how she can type with her toes, and it wasn’t difficult. “It allows me to be articulate and communicate freely,” she says.

Her family took her to Tirupati (Andhra Pradesh) and Shirdi (Maharashtra) on two separate trips a few years ago. It was a difficult but enjoyable trip, she says. “I am yet to write about how it felt to travel by train, visit the temples and move around.” Her brother feels though that her body couldn’t handle such long travels and that it took a toll on her mental and physical health. They have even requested the government for financial assistance to improve her health. “It isn’t easy to manage the expenses with the money we make,” he says.

Most of the family income comes from the 12 machine looms they have at home. The art of weaving has been passed down from generations: their grandfather used to weave on the handloom. While the handloom required usage of the full body and long hours of work, the machine now runs in the background and produces almost 35 m of cloth per day. Yet, due to the problems in the market, the amount being produced has been halved. Once the material is produced and packed, it is sold to the local dealer. The income from this is just enough to sustain their family. It is too meagre to pay for a deteriorating health condition.

The waves continue to flow

Rajeswari began writing in 1999 and by 2014, had written over 550 poems. Her book, Sircilla Rajeswari contains around 50 poems. She says she wrote to carve an identity for herself. “I want to be known for something despite my disability.”

The opening poem of her book explains her spirit aptly:

but rays of the sun continue to light up/

but the art of writing in me will not cease/

the shining moon doesn’t have eyes

but it continues to shine/

the waves don’t have feet but they continue to flow/

I don’t have hands but I continue to birth new poems.