Don’t Miss Out On Any of Our Best Reads, and Contests. Register Now!
FeministSocial Issues

How Society Convinces Victims Of Sexual Assault To Stay Quiet

Before the FIRs and investigations, comes a rape victim's ability to speak up and complain. But as a society, do we enable victims of sexual assault to speak up? 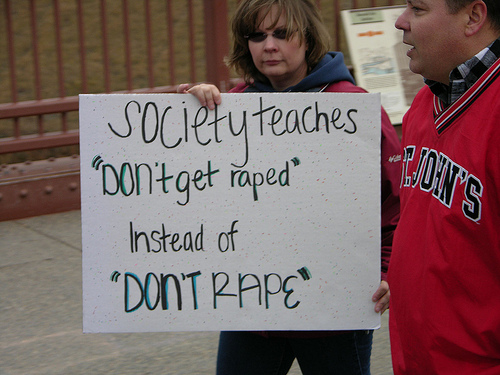 “I was around 20 years old, young and still in college. Starting to make up a career in the Development sector. The reason being the very passion towards people, equality and humanity; I knew I had chosen a path that would make me happy from my core. Little did I know, that there are predators waiting for girls like me to fall in the web of seduction. Little did I know that the career I was selecting for the reason that it was ‘all about humanity’, was in real as dirty as it can get.” she said.

And all I had, was questions in my head as I saw her tears roll down her red cheeks. All I had were hazy images of men looking at my breasts as I spoke to them instead of talking to my face. All I had were the hazy voices in my ears on the many remarks I had heard walking down the lanes of villages in India. I realized how every woman is at the same point, how everyone is scared to react and fight back.

The Tehelka incident and the presence of sexual harassment at the workplace has raised some very critical questions for all of us. It is not something new. It has been happening. Hush-Hush as it may be, what the Tehelka issue has done is brought it into the open. Nobody can run away from the fact that it is not just the Media sector where this is happening. But I am not here talking about just this incident.

I believe it is important for us to discuss why and how this act has affected the victim, and many more victims who have gone through the same situation time and again, only that they never gathered the courage to come and speak out in public.

The victim here, even though a journalist, is finding it tough to survive the inquisitions  after the original torturous act of rape. Her family is being threatened to step back, her emails are being circulated all over and her identity is out, as is her character being questioned.

This reminds me of a movie dialogue where they said that a rape victim is raped multiple times at the court as she fights for her rights. That being a reality in India, the social repercussions of her coming out and fighting for her rights are making her life miserable. This is scaring many other women from speak up against the tortures happening with them, though encouraging a few too initially. 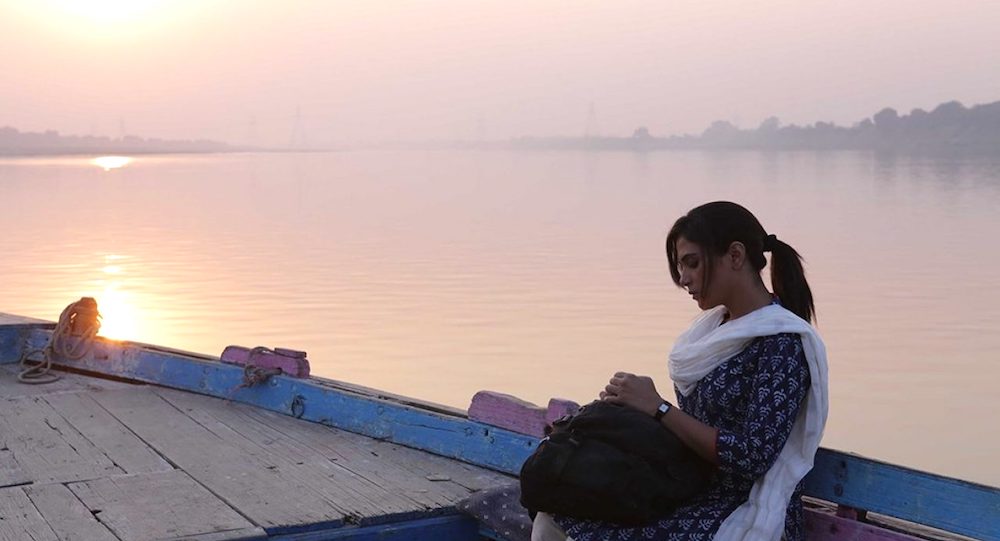 We have to accept the fact that here the victim is an educated women who knows her rights – which is a rare thing in India where many women have no clue about what they are not supposed to go through (read: Domestic Violence, Marital Rape etc). We also have to accept the fact that reason why this case is being discussed so widely is because it involves a high-profile media professional who has a history of reporting rights and wrongs.

That being said, my question to myself is, will this be done if it is a case of a young Dalit girl being abused by her employer in a village area? No, right? How many times have we heard about a case from a rural area in a similar way? It’s a rare possibility for it to even come out as a news report in a newspaper column. And however irrational my debate here might sound, to me, every woman is equal and needs protection and a developed safety net, an environment conducive enough for her to stand up for her rights.

On the one hand while this is happening, on the other hand, we as a world are talking about 16 days of Activism for Violence Against Women (VAW). The slogans ‘Color Your World Orange’ and ‘Stand for the cause of Violence Against Women’ are all over everywhere. To me however, they make little sense, as it is only a saying and no action. There are laws, there are systems, there are NGOs, the National Commission for Women, the UN etc.

And while all these systems exist in India, the only major place where we fail is in our social structure. The fact that it would be a social stigma if a woman comes out and shares how she was violated, how her body was targeted makes it impossible for any commission, any NGO to function properly. Little done than said? The end result: ineffective and failed systems, legal and policies.

Fast track courts and FIRs happen at a later stage i.e. once a woman has filed a case. What to me is a question is the point where a woman has to decide whether or not she will file the case or speak up? And that is the point where she thinks about the repercussions on her family, on her future. And that is the point where I know that most women give up and decide to live with the fact that there is no point fighting for it. She would fake a smile, be scared to travel yet do it, look at every colleague and employer with suspicion while she dresses to avoid any direct attack on her (because society thinks it is to do with dressing).

And while I discuss this, let’s go back to where we started. The story of it happening in the Development sector tells us how Action isn’t present even in the place where much is being talked about it. If a place that talks about action is a ground for such activities to happen, how do you expect a woman to react? How do you expect a woman to fight back? What will she do if the very people who are supposed to be helping her fight back are the ones doing the crime? When is it that enough is enough?

With all this and many more thoughts in my head, I sleep to wake up with the hope that things would be better. But will they be if we don’t start the process at home itself? Will policies be effective if our judicial system fails to recognize the severity of the crime, the prevalence and do something strong about it rather than letting the victim’s character be socially raped by many a multiple times? Will it happen unless families of the criminal stop protecting them from it? Will it happen until we start doing what we preach and teach to all?

Be the change? Yes, very inspirational. But how far can one survive? Do we have positive stories to learn from? I am as clueless as any woman but I know that if things have to change, this is the time. Or it’s never going to happen. Support the victims around you, save yourself from becoming one, fight for every woman who faces this because it’s a Global cause and not just “her”story.

A Development Communication & Social Work professional working in the field of gender, health and technology for grassroots. A Doctorate in participatory communication for development. read more...

The Depression You’re Going Though? It Was Once Mine Too

Brinda went up the stairs to the second floor where Mansi spent most of her time these days. She had a tray full of cookies that Mansi’s mother, Nithya, had offered.

A decade ago, a perv flashed two girls - what stands out is how the Culture of Silence that surrounds sexual harassment, compelled the girls to stay silent.

A decade ago, a perv flashed two girls – what stands out is how the Culture of Silence that surrounds sexual harassment, compelled the girls to stay silent.

When I had a rare weekend without my husband and son, I had pictured myself enjoying the weekend, the silence and the freedom from ‘chores’…but instead, I spent it watching YouTube and that too, not something pleasant.