Why are Indian girls "readied" for marriage so young? A sharp satire on marriage in India! 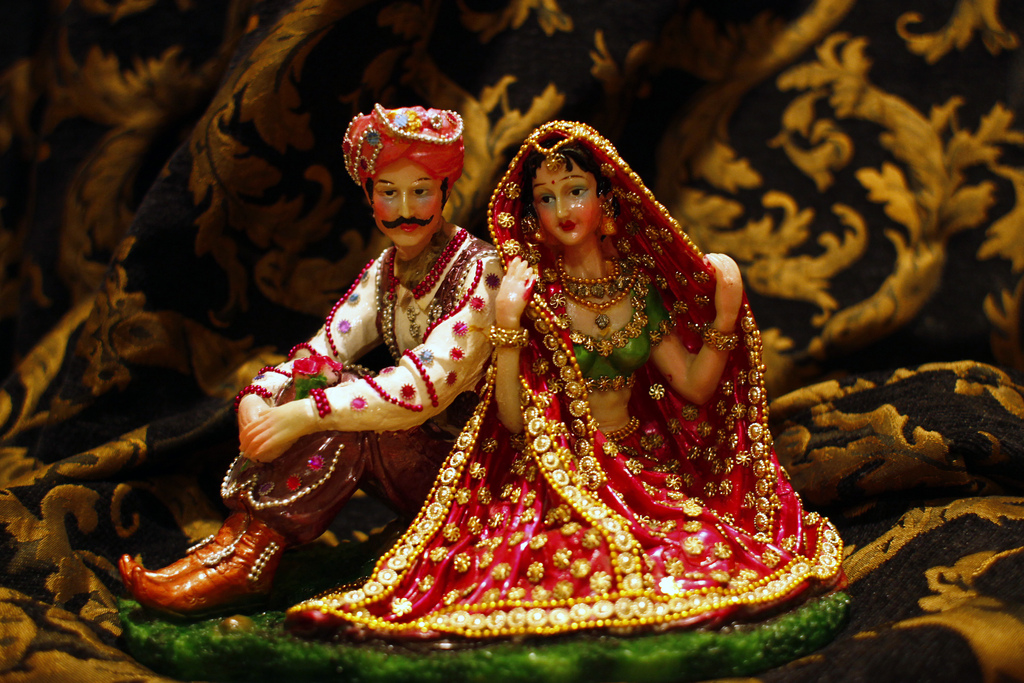 According to several studies, an increasing number of Indian women are getting married later in life. Alas! What a tragedy! How can we allow such atrocious trends in a traditional, patriarchal society such as ours? Where is this country headed, I ask you? As dutiful Indian citizens, here are five reasons why it is absolutely imperative that we marry off our young girls as early as possible:

1. Indian girls should marry young before they have fully developed and blossomed into well-rounded and balanced individuals because then they would be the innocent and docile “good Indian girl” that every self-respecting man dreams about – the one who lowers her eyes in front of other men, never argues, trusts and accepts everything that her husband and in-laws say, never puts forth her unwanted opinions, places everybody’s needs before herself and adjusts to the whims and fancies of everyone in the household. In short, the younger they are, the easier it is, you know, to train them to be the epitome of virtue and righteousness.

2. Indian girls must marry young, if possible even before they can complete their studies. This will ensure that the horizons of their minds are not yet broadened and their world view will never be given a chance to expand. This is vital since it will help women focus on their domestic duties and not waste time concerning themselves with matters that are not a woman’s prerogative.

3. Indian girls must marry young because they should not be given any time to establish themselves in their careers. This will ensure that they shut up and put up with any atrocities such as dowry demands and domestic violence because they will be too afraid to walk out of abusive marriages as they do not have the financial security and economic independence that a promising career might offer. Lack of exposure to the outside world is good, you see; they will never gather the confidence and courage to go against the supreme institution of matrimony and will therefore never bring disgrace to the family by asking for a divorce. Afterall, one should never upset the apple cart, no?

4. Indian girls must marry young before they have had a chance to step out of their homes to travel and explore the world. This will ensure that they do not witness how women in other parts of the world live and therefore will not question the status quo to demand unnecessary rights such as freedom, respect and equality.

5. Indian girls must marry young because the younger they are, the lesser their chances of having interacted with the opposite sex. This in turn increases the chances that they are virgins and hence they will be pure, untouched and unadulterated. What’s more, they won’t be needing any creams to “feel like a virgin” – which must surely be one of the most important things in life. Plus, young girls are more frisky, flexible and nubile, which will of course please their husbands – not to mention, more fertile and one needn’t worry about the biological clock ticking away before a suitable heir is produced.

There! Now do you understand why we Indians must put an end to this utter nonsense about late marriages? Catch ’em young, I say!

Note: The writer has a strong belief in her writing skills and is hence confident that her snarky cynicism comes through clearly in this write-up. In case she is sadly mistaken about her writing prowess, she would like to state explicitly that this post is meant to be sarcastic and that neither she nor Women’s Web advocates early marriage, and are in fact strongly against it.