Is an abusive marriage, which sees domestic violence, similiar to the Stockholm Syndrome? 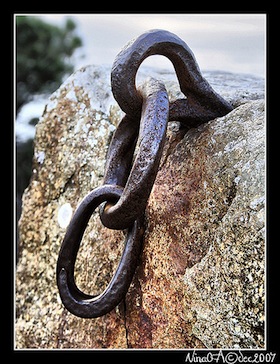 According to the 2011 UN Women Report, nearly 39 per cent of men and women in India think it is justifiable for a man to beat his wife. A more recent report (State of the World’s Children, 2012: UNICEF) says that 57% male adolescents and 53% female adolescents in India feel that husbands were justified in beating their wives “under certain circumstances”.

These statistics, especially what the female respondents think, remind me of the so-called Stockholm Syndrome – also called terror bonding or traumatic bonding, a phenomenon in which victims display compassion for and even loyalty to their captors. It was first widely recognized after a Swedish bank robbery in 1973 during which for six days, thieves held four Stockholm bank employees hostage at gunpoint in a vault. When the victims were released they hugged and kissed their captors, declaring their loyalty even as the kidnappers were being taken to jail. A well known case was that of heiress Patty Hearst who was abducted by the Symbionese Liberation Army in 1974. She famously became their accomplice, adopting an assumed name and abetting the radical political group in a bank robbery.

Perhaps the most widely publicized case of this syndrome was that of Jaycee Lee Dugard, who spent 18 years in captivity. During all these years, she assisted her alleged abductor Phillip Garrido with his home business, sorting out orders by phone or e-mail. She occasionally greeted customers alone at the door. She even went out in public. But she apparently never made a run for it, returning each day instead to a shed in Garrido’s backyard, the man who allegedly kidnapped and raped her. Her stepfather Carl Probyn, who witnessed Jaycee being snatched at age 11 from a bus stop in 1991, said later, “She really feels it’s almost like a marriage.”

According to a recent FBI report, 73% of victims display no signs of such affection for their abductors. To my mind, the remaining 27% showing signs of this syndrome is in itself a horrifying number.

Am I being too far fetched in comparing a marriage – one which sees domestic violence off and on – to the Stockholm Syndrome? I don’t think so. What about you?