Why are more pregnant women in India having to undergo caesarians? Is having a baby the normal way a thing of the past? 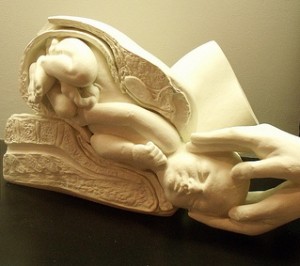 Everywhere I look around today, I see babies – In real life, friends / family are on their way to have babies, On Facebook, I see photos of smiling babies, happy families all smiles

Having a baby is one of these unexplainable moment in your life – Let me just say it is an “Aha” moment; just that the tone and reasons of the “Aha” can vary between “Aaaaaaaaaaaaha” to “Aaaaaaha” to “Aha” to “Ahaaaaa” to “Ahaaaaaaaaaaaa” – You see the range and variation can take you physically / mentally / emotionally/ financially / socially from this end to that 🙂

But that’s not what this blog is about.

It is about how Indian women of today are having babies. I personally don’t know of too many women who’ve had normal deliveries in India (Of course! There’s Aishwarya Rai Bachchan who was in the news when she had a baby, and everyone I know gives that as a classic example of the modern Indian women having a normal delivery). But the people I know who had normal deliveries DID NOT have their delivery in any of the new large fancy Air-Conditioned branded hospitals. It was in a normal small clinic which has been around for decades, and predominantly staffed by old experienced doctors and old motherly medical support staff (They do make a difference in the overall approach in dealing with pregnant women).

For majority of the women who underwent surgery (C-section) the reasons for the surgery don’t seem to be very convincing to the logical and curious mind – At least when you do a post-facto analysis! Almost in all cases, there appeared to be a situation in which treating doctors / medical staff highlighted with a serious somber expression and an urgent tone “A significant risk to the baby and that it’s not worth taking a chance”; “What exact risk?”,”What exact chance..?”.. remain as unanswered questions

I can’t help but wonder what’s the cause of this trend?

Agreed that women are having babies later than they did a few decades ago. Most of the women I’m talking about are between 27 to 35 years old (as opposed to the earlier generation who had babies between 22 to 25 years of age), but does that reduce your chance of a normal labor and delivery? I don’t think so. Even today, I personally know of women between 30 to 40 years of age (Indians / Other nationalities) in other parts of the world (US, UK, etc.) who’ve had perfectly normal deliveries.

Agreed that there are some women who personally decide that they don’t want to go through the pain and effort of a normal delivery, and opt-in for a surgery. Well! It’s a personal choice. To each women, her own.

Agreed that in some conditions the medical situation demands that you go in for a surgery – because of the risk factors involved to the life of the mother or the baby. In such cases, it is for lack of an option.

But surely, the above cannot add up to majority of the overall population of expectant mothers having to undergo a surgical procedure to deliver their babies!

Then the BIG WHY remains? Why are so few women not having babies the normal way? Is it a thing of the past?

At this point, let me narrate a personal story. My maternal aunt who is now well in her 50’s and is also a renowned gynecologist told me that when she was going through her labor (About 25+ years back), the pain was unbearable. Even though she was a practicing doctor by then and had seen so many women deliver the normal way, when it came to her own delivery the experience was something else. At that one moment of excruciating pain, she wanted to opt for the easy route of surgery. And when she suggested it to her treating doctor (who incidentally was also her family friend and teacher at medical school), she was rewarded with one pat on the back and a firm response that surgery was simply not an option & that she had to try harder. Consequently, she had to endure the process of natural child birth. And she did!

Looking back at her own personal experience, here’s what she said “I hated my doctor for what she told me then. But today when I look back at my life and think about it rationally, I am grateful that she insisted I go through a normal delivery. The point I am making is that child-birth can be a difficult and painful experience for most women. The mother is in physical pain and it is visible. The husband and family feel miserable to see the pain and agony of the expectant mother & want to do what it takes to alleviate the pain by opting for surgery. At such instances, the role of the treating doctor and medical staff is of paramount importance. They should be patient and motivate, support and encourage the expectant mother to deliver the normal way. They also play a very important role in re-assuring and listening to the questions and anxieties of the expectant father and family. It is in that ONE VULNERABLE MOMENT that the decision to go for surgery or not is usually made. And the doctor’s words makes all the difference here!”

I can’t help but wonder:

– Has something changed in the anatomy or physiology of women in the past few decades that has brought such a turn of numbers?

– Is it purely commercial interests that drive medical institutes to convince women and their families to go in for a surgical procedure?

– Is it purely achieving professional targets (in terms of the surgery costs / number of deliveries done / number of hospitalization days) which drive doctors to achieve their goals?

– Is the Hippocratic Oath / the Modern Medical Oath (refer below) meant only for theory, and really for practice? Is it just a piece of paper to be signed as a part of standard procedure?

The reality is this – there’s a natural way babies are meant to be born. And when you try to bend the way things are meant to be done – for convenience, comforts or commercials, there are bound to be consequences – for individuals, for families, for communities and for the world at large!

That’s my view. What’s yours? Leave a comment to let me know

At the time of registration to be a doctor, each applicant shall be given a copy of the following declaration by the Registrar concerned and the applicant shall read and agree to abide by the same: