Why is there a lack of in-depth and meaningful roles for women in Indian cinema? 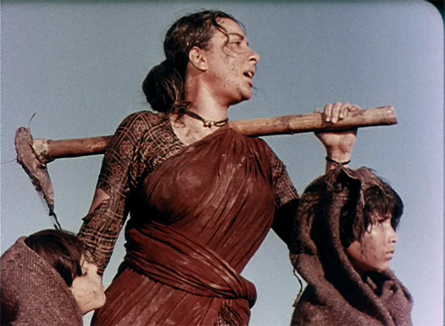 How many times can you think of when you went to the cinemas and saw beautiful Indian actresses on screen, or when you watched an award ceremony and noticed female nominees, who were primarily crying, or dancing, or singing, cooking or involved in sexual interactions in their movies? A thousand times would still be a low figure. I’m not saying that it is unnatural to do such things, but are those all the roles directors have for women? How about inspirational characters for a change? I recently sat down to think of contemporary movies in which I got any motivation from the lead actresses (i.e. the characters), and I was heartbroken when I realized that such movies are easily countable. I wish the figure was the other way around. The only good outcome of such realization is that I can talk about most of them in this blog! I see much gender discrimination in creating and publicizing such female characters as either cooking in the kitchen or emotionally choking in a relationship, but at least we’ve some movies that we can pride ourselves with. In the Post Modern period, Mother India suggested women as strong, independent, hard-working, patient and wise beings, and Nargis Dutt did an exceptional job of bringing that image on screen. The movie reassured women that we’ve a lot more strength and vigor in us than we often realize, especially when we’re buried under the rags of family/societal dynamics.

After a long gap, Fire came with hot, burning desire to challenge sexuality in India, with two married women turning into lesbian partners! Surrounded by many controversies (obviously), Fire stuck to me primarily because of the daring characters of Shabana Azmi and Nandita Das. The two characters were intense in their emotions, and they tried to address the difficulties concerning mundane marriages by becoming in charge themselves. Not to say that everyone should find an alternative in homosexuality, but to suggest that women are just as equal and free as men to make their own choices.

Another inspirational role that strengthened me as a woman was played by Rani Mukherjee in Black. Stunning and heart wrenching performance by Rani gave this movie the true value it deserved. Those who were blind to the hardships of the physically challenged opened their eyes to the bright light of a blind woman, and those who believed were reassured. Why not show a woman overcoming an obstacle rather than becoming one in our male-dominated society? I admire Rani for her role in No One Killed Jessica, too. What a woman! In the movie, her character is fearless, challenging, motivating, transparent, independent, a journalist (!), trustworthy and intimidating, and has all qualities of the modern, working woman.

In Band Baaja Baraat, Anushka Sharma’s character too demonstrated entrepreneurial skills with jest and laughter. She was not to be put down by any man, woman or child because she had little woven dreams to fulfill, and she shines! Last, but not the least, our dear Vidya Balan proved with her Dirty Picture that as long as your head and act is clean, you won’t ever have to worry about viewers judging you as a professional actor.

In fact, all of the aforementioned characters suggest this oblivion to judgmental eyes to promote self-dependence, self-certainty, and decision-making. If you’re ever down and out, remember these characters and you shall find strength and peace sitting in a dark corner somewhere.