Every weekend, we bring you a list of top incidents across the world, that caught our eye - which we think would be relevant to every woman out there. 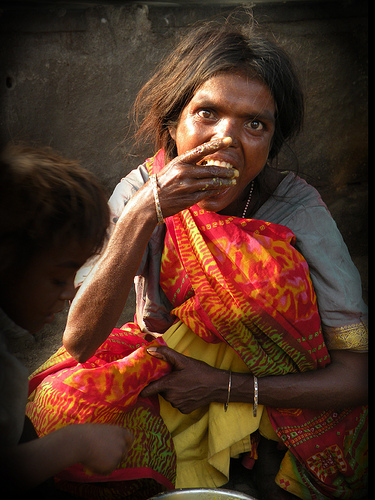 If nations as small as Nepal and Nicaragua can mitigate malnutrition and help women with land ownership, so can we! When it comes to gender equality and child nutrition, India’s progress is long overdue. What is a robust GDP supposed to do, if not provide stability to the nation? The Guardian says that providing land rights for women can help ease India’s child malnutrition crisis.

Finally, Saudi women hear “Your time has come!” In retail stores, that is. Yes, if you must know, no woman in Saudi Arabia was allowed to be involved in any retail activity, even in lingerie stores. Not anymore. When 28,000 women apply for sales jobs, even the government can’t prevent them from working in stores and breaking the lingerie ceiling as the New York Times states!

If you’re an Indian citizen, shaadi.com must have come up at home or in your surroundings. You might have used the website and even its services. One of their killer services (to promote awareness concerning dowry-related abuses!) includes a Facebook application called Angry Brides where the player is an Indian wife who gets to beat her husband with pans and rolling pins. Is this a proactive step towards social awareness and woman empowerment or one that suggests a great intensity of sexist intentions, asks Nicole.

Another media disaster! If you’re a woman and watch advertisements, you must have sensed objectification at one point or another. Well, Kate will take your mind to a place where you’ve been before and it is not pretty (as those ads often suggest!).

Spread awareness concerning abortion rates! The Feminist Majority Foundation Blog says, “The declining abortion trend we had seen globally has stalled,” and we’re responsible for such an occurrence, too. With unsafe abortion clinics and increasing insistence on morning after pills (instead of regular contraceptives), Indian women have nowhere to go.  Do your bit  and help the others.

Pimps have turned to the web to sell girls, reports the New York Times. Not sure if this has happened in India yet (or has gotten media coverage yet), but is very much possible considering the number of girls and web-users. Despite being news from a different country, it is information nonetheless, to pre-save you and those you know!

Family dynamics are not the same everywhere, and they are especially diverse in India. This post on Parent Tree talks about the gap between abusive parents who have grown old and their children.

Tired about hearing all this talk about following celebrities’ mantra to lose weight? Bkhush’s light take on it will cheer you up with its funky humor and sarcastic commentary against publicized body figures and lifestyles.

Do we still follow the traditional norms of wearing bindi, bangles, sindoor and mangalsutrra? If yes, why do we? This post on Bkush gives you a chance to see how the progressive image of women is hampered by this constant need of marriage symbols.