What Is Philanthropy? Women Answer!

What is Philanthropy? Women answer the question uniquely, even as the role of women in society changes. 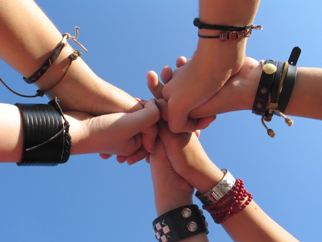 What is Philanthropy? Women answer the question uniquely, even as the role of women in society changes.

In 2010, the Forbes list of the most generous business personalities in the Asia Pacific region included 4 women from India, Kiran Mazumdar Shaw, Anu Aga, Kiran Nadar and Rohini Nilekani as the top philanthropists in Asia. Women are certainly not lagging behind in the drive to donate.

The Women Give 2010 report published by the Women’s Philanthropy Institute in the U.S reveals that women are more generous than men, and favour causes such as Community, Religion, Health Care, Youth & Family. A Barclays Wealth report states that “women give away a higher percentage (2.3 per cent) of their net investable assets than their male counterparts (1.3 per cent).”

In fact it suggests that women’s role in the future of philanthropy goes beyond this because they will also “play a key role in influencing future generations’ attitudes towards giving. The findings show that women (38 per cent) are more likely than men (25 per cent) to involve their children in general conversations about charity and in the processes of choosing the charity their family contributes to.”

What is philanthropy, as defined by women

The Women’s Philanthropy Institute identifies six recurring themes in their discussions with women philanthropists, which they call “the 6 C’s”:

Change: Women give to bring about social change and are less interested in providing unrestricted support to preserve the status quo of an organization or institution.

Connect: Women prefer to see the human face their gift affects and want to build a partnership with people connected with the projects they fund.

Collaborate: Women prefer to work with others as part of a larger effort and try to avoid duplication, competition, and waste.

Commit: Women often volunteer for causes which they care about and end up giving to the organizations for which they have volunteered.

Celebrate: Women seek to celebrate their accomplishments and have fun with philanthropy.

Changing role of women in society

What are the benefits that women get out of philanthropy? Women generally tend to seek out nurturing and emotionally fulfilling bonds. Meeting like-minded people and participating in a project that interests them gives women a sense of self-empowerment and the satisfaction of being a part of a larger community.

Masum Momaya, a women’s rights activist says “Worldwide, less than 7% of all philanthropic funds go towards organizations focusing on women and girls.” Clearly, we need more women philanthropists and women’s funds to focus on women-centric issues.

As the Center on Philanthropy at Indiana University concludes, with education and income on a steady rise, women are progressively breaking barriers and taking charge to make the world a much better place!