How I Fought Sexual Harassment At Work

Experiencing sexual harassment at the workplace is common to working women all over India. Yet, very few know how to counter it. 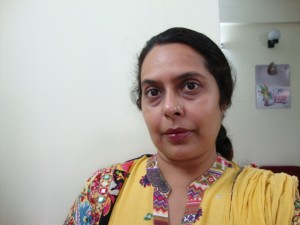 Sexual harassment at the workplace is no rare event for working women in India. Yet, very few know how to counter it.

The Supreme Court had formulated a set of rules, the Vishakha Guidelines way back in 1997 to ensure the safety and security of women, and ensure a tension-free environment for working women in India. The Guidelines lay down the requirement of a Sexual Harassment Complaints Committee to be set up in organizations employing women; at least half of the members of such a Committee are required to be women, and the Committee must be headed by a lady from outside the organization, who is part of a non-governmental organization working for women.

Yet, to this day, a majority of the organizations in our country lack such Committees. Even where they exist, the format prescribed is hardly ever followed, or the person heading the Committee is related to persons within the organisation, thus accounting for biased judgements that are hardly in keeping with the spirit of the Guidelines.

Working women in India who face sexual harassment in the form of sexist remarks, sexual innuendos, physical abuse and worse, continue to tolerate such humiliation in the absence of a body that can address these.

The story was hardly very different in my case.

Update: Rina has been presented with the first Laadli Extraordinaire Award 2012-13 for her courage in fighting gender injustice at the workplace.

Sexual harassment at work: How my case began

After more than 10 years of professional experience as a journalist who had worked in Mumbai, and Kolkata, I returned to a full-time job at The Statesman in 2002 after a short break following the arrival of my baby daughter. I had intended to get back to the groove with this job as a Senior Reporter, and move up further in my career.

But that was not to be. Within a short time of joining the organization, I faced the worst possible sexual and professional harassment that anyone can think of. The experience left me demoralized, and in need of medical counselling and treatment. In the absence of any Sexual Harassment Complaints Committee at The Statesman, there was no one to redress my plight. A verbal complaint saw me terminated at my job. Even though the Network of Women in Media (Bengal Chapter) tried to persuade the management to investigate into my complaint, and see that justice was done, nothing came of it.

Within a short time of joining the organization, I faced the worst possible sexual and professional harassment that anyone can think of.

However, the public pressure on The Statesman resulted in a Committee being set up. Yet, repeated requests by the West Bengal Commission for Women to investigate the complaint went unheeded. Thus, the Committee proved ornamental, to say the least. A complaint of illegal termination lodged with the Labour Commissioner saw conciliation proceedings take effect. But The Statesman’s intransigence saw the dispute move into the Industrial Tribunal.

As a journalist who knows India most intimately, I had never wanted the battle to get into court, and end up as another legal suit which shall languish for years together. But The Statesman clearly did not care. That was how the case entered the industrial tribunal in 2004.

Fighting the battle against sexual harassment

A 10-year battle has finally won me reinstatement and full back wages since the time of my termination. But there are two libel suits that I am facing – one is a civil suit in Kolkata while the other is a criminal suit in Delhi. Both the legal suits have arisen from my original complaint of illegal termination. Yet, unless these libel suits are settled, my victory can never be complete.

These ten years have seen many ex-colleagues exposed, and shown the lack of principles and the erosion of values which has become the hallmark of the fourth estate today. At the same time, I have known many others who have stood their ground and demanded an investigation into my complaint, despite personal loss. Many more from across India have pledged moral support, and goaded me to push for justice.

Here’s hoping many more women dare to complain about their harassers and make a true difference to this country!

Although working on full-time jobs that came my way was difficult, given the demands of three different courts that I needed to attend to, some wonderful editors in Kolkata, Delhi and abroad ensured that I continued to produce some of my best work during this  period.

Thanks to them, I won a string of fellowships for my work on climate change, gender issues, food security, maternal health, scientific research and the environment during this period. Recently, I won the Laadli Media Award for gender sensitivity too.

I owe a lot to these friends and well-wishers, known and unknown, who, along with my immediate family, gave me the courage to fight for all that I believed in. It is not that I did not feel frustrated and disheartened from time to time; our judicial system, and the manner in which cases drag on for years, can often break the resolve of the most stubborn.  But the test (of life) lies in preventing frustrations to get the better of you. And I am glad I did.

Once you can conquer your inner monsters, the rest comes easy. This is precisely what happened to me. Here’s hoping many more women dare to complain about their harassers and make a true difference to this country!  It is also imperative for us women to question the social set-up and go against the mentality which lets such offences go unpunished, and make the offender feel ashamed of such misdeeds.