Gender In The Media Industry: How A ‘Progressive’ Industry Hides Its Bias

Gender bias in the Indian media, considered a 'progressive' industry is well and alive, just as it is for working women in India across other fields. 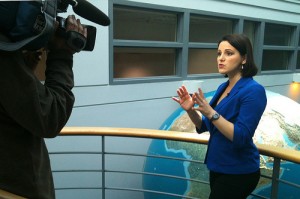 Gender bias in the Indian media, considered a ‘progressive’ industry is well and alive, just as it is for working women in India across other fields.

Media is supposed to play a constructive role in our society. But ask women journalists about their experiences and they’ll narrate gory details of how chauvinistic bosses can be. Working for a media organisation may seem all fun, but if you’re a woman, the journey may not be as gratifying as you might have imagined.

Those who report by brute strength

Journalists must be tough guns (read men), or so it is believed by the some in the industry. It was the winter of 2004 and I had convinced a not-so-hot-shot editor at a newspaper that I would make for an excellent intern. Four weeks on, after countless efforts of filing worthless stories, I decided it was time to give up. “Sir, I was hoping to work on a more challenging story, something serious perhaps,” I beseeched. A roar of laughter echoed in the newsroom and I heard a sentence I would probably never forget in this life: “Every girl wants to be Barkha Dutt these days.” Needless to say, the opportunity of writing something worthwhile never came the little girl’s way.

Why do you even want to be a journalist? You think you can run around for a story like a man can?

After what seemed to be hardly a worthy experience to remember, the internship concluded, but not without its lessons. His exclusive wisdom for me came pouring down at the end. It seemed as if the grey haired man couldn’t contain his emotions anymore. Why do you even want to be a journalist? You think you can run around for a story like a man can? Imagine getting threat calls or being stalked. Just pick something convenient for yourself that you can keep pursuing after marriage. You’re such an emotional person; harsh news isn’t right for you, you should consider teaching – I strongly believe women make good school teachers.

Fortunately, I learnt my lesson the hard way. I made a decision that day; I wasn’t going to be treated like a second-class citizen. I knew that if I wanted to survive in this industry, I would have to fight my way up.

In the last few years, a large chunk of female students who major in journalism lock up their dreams of bringing out the truth and doing social good and end up settling down for parallel streams. The hands of the news industry aren’t tight with just political and economic reports anymore. Lifestyle, fashion and gossip form big news for the media today. Shockingly, gender influences this part of the industry as well.

The most glamorous part of a lifestyle paper is its Page 3. Adorned with pictures of suave men, chic women and trendy society parties, Page 3 has all the limelight anyone would need. You’d think how fabulous a Page 3 reporter’s job is. Meeting all the important people and enjoying the lovely parties as your very job, what’s not to like, right? The reality however is not as rosy. Remember Konkana Sen Sharma’s character in Madhur Bhandarkar’s Page 3?

Page 3 is of such high value today that it is imperative for publications to plan it strategically. If you are a woman fashion enthusiast with a knack for communication, newspapers would be happy to have you onboard. It is a common belief in the industry that pretty female faces find it easy to befriend important persons, which naturally makes Page 3 coverage absolute. While there’s nothing wrong in being a Page 3 reporter, do it for too long and you’d be tainted as a reporter who does nothing more than attend parties. Not a good feeling for serious reporters, is it?

Reporter by the day

If you are a working woman in the National Capital Region, this one wouldn’t surprise you one bit. The city that shamefully remains the rape capital as well has made work life doubly strenuous for women. With recent incidences of crimes against women journalists, even media companies are becoming increasingly conscious of whom they hire. Forget about competition and lack of credentials, you could simply lose an opportunity because you live some 50km away from the office. Women travelling back home late in the night is not just a strain for their families, but organisations as well.

With recent incidences of crimes against women journalists, even media companies are becoming increasingly conscious of whom they hire.

Media does come with its own baggage of responsibilities, which not all people have the strength to fulfil. However, women who fight their way up in journalism are indeed valued. But with the condition of crime in the city, women have only two options, either pick a profession that lands you home well before the sunset, or move to a city more female friendly. The bias doesn’t always come from an organisation; it may be a result of a situation. As far as the media companies are concerned, losing a good resource to crime remains one of their worst nightmares.

Kofi Annan once said, “Gender equality is more than a goal in itself. It is a precondition for meeting the challenge of reducing poverty, promoting sustainable development and building good governance”. I say, gender equality is a state of mind. In an industry that preaches about liberty, human rights and expression, inequality on the basis of gender is simply duplicitous.