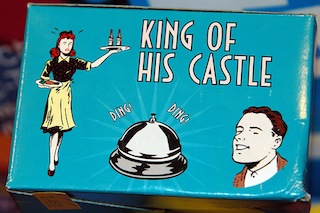 Changing The Male Mindset At Work

Guest Blogger Roopa Prabhakar describes herself as a a new mother, a working woman who believes her face is plastered on the glass ceiling, a closet feminist and writer.

How do Indian women ever get ahead in their professional life? Everywhere I turn I either run into an obnoxious MCP or a woman who’s actually an enabler somebody who eggs her male colleagues on to perpetuate their bad behavior. Whatever happened to universal sisterhood? For me, this was the unkindest cut of all, to see women siding with these men just so that they can say “We never have any problems with anybody, team spirit runs in our blood!!!” to all and sundry. When you are thrown together for nine hours a day, you get to know a lot about the attitude your male colleagues have towards women. No matter how much they mind their P’s and Q’s some situations speak for themselves.

Like the other day my immediate boss remarked, “I am the only breadwinner in my family but you….” He left the sentence hanging and me gaping. Having worked in the U.S for a while (seems like a lifetime ago!)  I knew that such a remark would be viewed as sexist but in India it’s normal. I am by no means implying that things are biased only in India, I know for a fact that you find first-rate MCP’s in every country all across the globe but in “Mera Bharat Mahan” the men get away with murder.

Another guy who’s even more higher up in the corporate hierarchy remarked about a male colleague saying, “His wife doesn’t work so he needs to get a promotion and come up in life, you on the other hand have two salaries coming in..”. The fact that I busted my ass to earn my M. Tech and build up my resume while the male colleague got the job because he knew the boss made no difference to him whatsoever. In his head he had already figured that somehow for me the promotion was not as important as for the other guy.

And let’s not get into what happened when I returned from maternity leave, it was as if I had a lobotomy done and the only word that stood out in my work experience was “MOMMY”. Which brings me to my original question, how do women in India get ahead in their professional career?  Do they go about changing the male mindset one MCP at a time?

Any and all answers are welcome… 🙂

Nimisha Bhanot: Shattering Patriarchy One Pin-Up At A Time