Among women entrepreneurs who start home based businesses, home bakers are all the rage! But how easy – or difficult – is it? 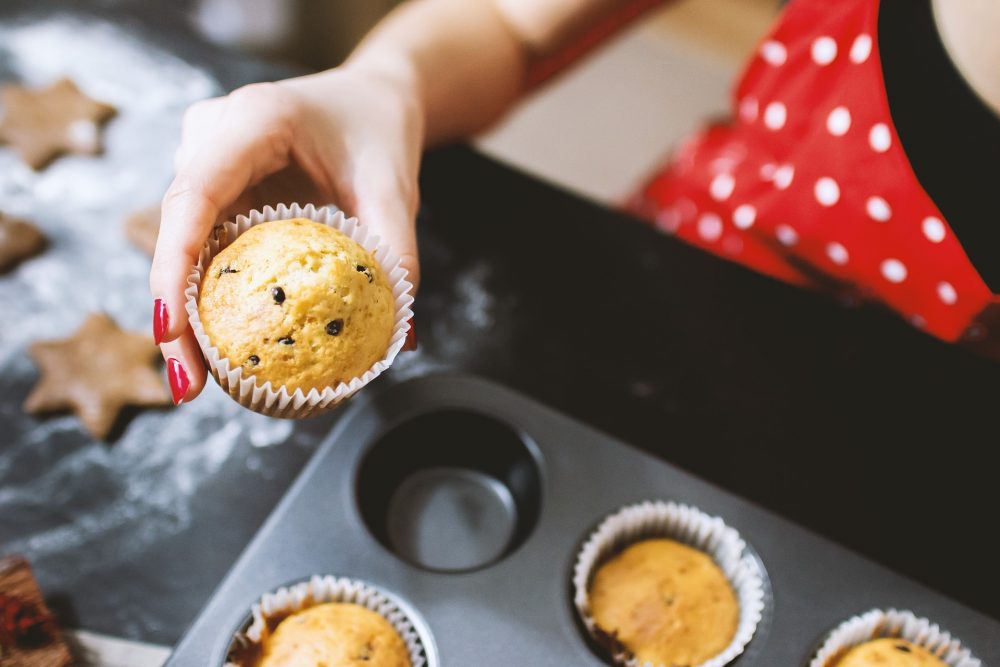 Among women entrepreneurs who start home based businesses, home bakers are all the rage! But how easy – or difficult – is it?

Starting a home based business is something many women hope to do, especially in areas like food or fashion. There are many women entrepreneurs who have taken this step and established themselves successfully and home bakers seem to be prominent among them.

While the rise of the home bakers is often covered in the media, is it really that easy? We talk to some noted home bakers and get you the story of the grit behind the goodies.

Delivery: A Challenge for home bakers

Bayiravi Mani (featured at the left with her creations) or beethebaker as she is more popularly known confesses that she had no interest in cooking or any such domestic work. Bayiravi was working for an event management company and had never even baked before the year 2011. “No one in my family bakes!” She adds.

She developed an interest in baking after visiting a friend and looking through a recipe book that she had. It was then that she realized that the ingredients used for baking were simple. This prompted her to go out and get an oven. The first thing she baked was a vanilla muffin and after that there was no looking back. Starting with just 5 items on her menu, she eventually quit her job in November 2011 and in January 2012 officially kick started her home bakery business.

Bayiravi admits that being a home baker is a lot of hard work. She has no helpers and does everything herself. However, the satisfaction she gets out of doing this makes it worthwhile. The major challenge she faced in running a home based business as a baker was delivery. Bayiravi stays in Gurgaon and initially several customers would express an interest but would be put off by the distance they had to travel to collect the cake.

However, once the business and her reputation as a home baker grew, she faced no problems in this respect. “Once people think you’re worth the effort, they make the effort,” is how she sums it up.

Being a ‘different’ home baker

Monika Manchanda of Sin-A-Mon has a “techie background” and says that she always had an “itch to start something of my own.” Life however was routine until she decided to take a break to look after her son. Baking had always been a hobby and she started pursuing this during her career break. She started recording her experiments in the kitchen on a blog and soon, the feedback she got coupled with her  passion to do something prompted her to start her home based business. Having done this, she did not really do much about getting orders until Chaipatty, a café in Bangalore contacted her asking for desserts on a regular basis. That was the first order and was all this small business from home needed to take off. Monika’s home based business completes a year this October.

She too faced obstacles in setting up this business mainly in the form of set up costs, infrastructure and even getting raw materials. Set up costs, she says are incurred in any business and you need to plan the investment for whatever business you are starting. Initially she used her kitchen to bake goodies in but as the business grew, she had to convert another room in her house into a “bakery studio”.

Getting good raw materials was another challenge, in particular food colouring. She solved this problem by sourcing such ingredients from the US. Given that many home bakery businesses now exist, one strategy Monika uses is to offer a lot of breads and savouries that not every home baker does.

Kishi Arora of Foodaholics has always had a passion for food and is a pastry chef by profession. She started her career with the Four Seasons in California and also worked with many upmarket bakeries in the US. She moved back to India in 2007 and Foodaholics was born. This home based business grew in reputation by word of mouth and initially she just took orders for friends. She operates out of her own home and quite likes “the ease of working at home.”

She says, “The main challenge I face is getting good ingredients in India.” She overcame this obstacle by sourcing ingredients from Europe and elsewhere. Kishi states that from day one, she ensured that her home based business was run professionally.  She adds,“I’ve seen a lot of home bakers; they do not pay attention to detail. For me, that is important.”

Kishi finds out each customer’s likes and dislikes and personalizes options for them. She feels her attention to detail and passion for perfection is what brings her customers back again and again. She works her way around challenges like delivery and changing recipes according to the weather as this is crucial for the business to survive.  She concludes, “Home bakery has nothing to do with how many home bakers are coming in. it’s got to do with what they’re making, how they’re making it.  Anyone can bake a cake. Innovation is required. Bring your own personal flair.”

An ecologist and wildlife biologist, Kamini Gopal quit full time work after her children were born. Her foray into baking started when she was a kid herself. She admits to baking off and on but never really ventured into the home bakery business until November 2011. Kamini with her creations

What brought this about? Her housing society had a handicraft mela in August 2011 and friends urged her to put up a stall. Orders started flooding in soon after this. She launched 22 Baker Street- Holmemade Cakes at the end of 2011.

Her challenge lay in the fact that she had to master several baking techniques.  Another challenge was catering to customer’s tastes. “Most people are used to the standard tastes. I had something different to offer. There is so much more in the world of cakes,” she says. Another obstacle was the price factor. People wanted to pay the usual market rate and not her rate. “What you do as a home baker and what you do in a shop is very different” is how she puts it. Her customers soon discovered that this was true as “the taste and novelty brings my customers back again and again. I do something unique each time. That’s my USP,” she signs off.

These are four women entrepreneurs who had the vision and the determination to make their dreams come true. If you’ve set up a home based business, do share your experiences with other readers!