Home Based Business: How To Start A Dressmaking Business At Home 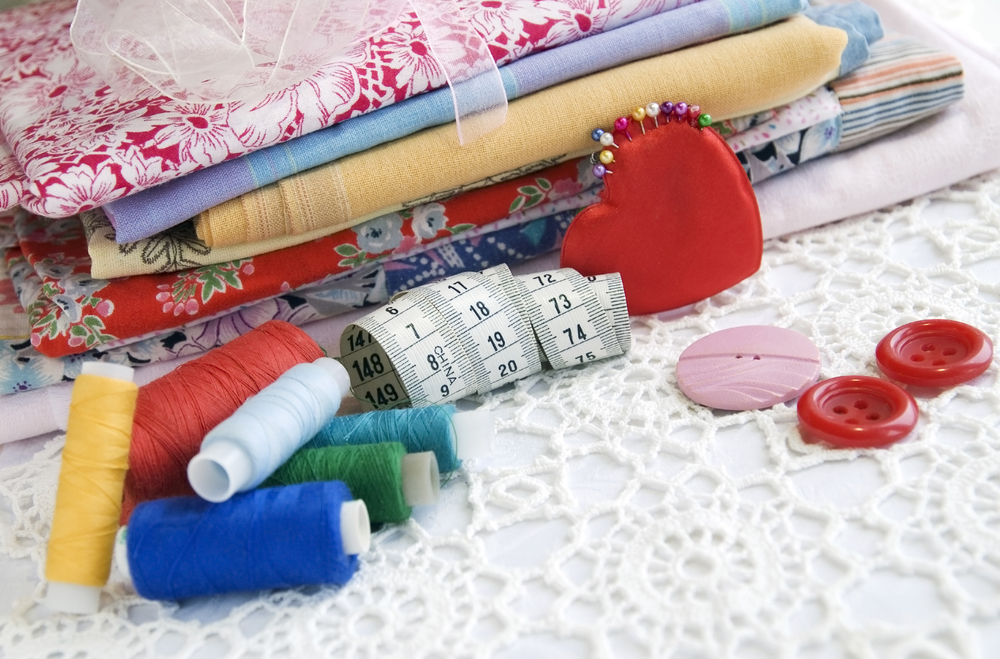 Many women in India are forced to take a career break after motherhood. While some return to work later, more and more women are turning to entrepreneurship for various reasons ranging from increased job satisfaction to more work flexibility. Some opt for home based businesses like baking while others turn their talents for dress making into a profitable enterprise.

A few such women entrepreneurs share their experiences about creating children’s clothes. Tailoring jobs from home have always been popular with women, but these entrepreneurs have taken it to a different level!

Women entrepreneurs: All in the family

A home based business, Little Women is the brainchild of three siblings – Soumya Thomas, Sunitha Dominic and Mariamma Thomas. Hailing from a family of 5 sisters, Soumya says that their childhood memories are filled with pictures of their mother stitching all their clothes. “As far as I can remember, the house was filled with clothes, fabric and the sewing machine was always working” is how Soumya puts it. This left a deep impression on all the sisters and they took to making children’s dresses, in particular for their nieces. The idea to start off a home based business in dress making originated from here. According to them, “The basic thought stemmed from the fact that you do not get pretty dresses for little girls anymore.” All three were confident that this enterprise would take off due to this very reason.

Mariamma is responsible for all the tailoring herself – she is the expert as she has been doing this for almost two decades. Sunitha is in charge of the embroidery and the home décor part of the business. The three sisters operate from three different places; Soumya from Bangalore, Mariamma from Kerala and Sunitha from Bahrain. How do they then manage to make this work?

They keep most of the children’s dresses in either Bangalore or Kerala. When an order comes in, it is sent accordingly. The turn-around time for delivery is 2 weeks and their children’s clothing line is priced reasonably with a starting range of Rs. 250 – 275. “It is important that we keep the kids’ dresses in an affordable range,” they say.

Little Women officially started on 10 April 2012 with a page on Facebook. They got their first online order within 1 ½ months, they now get about 3-4 orders at least, each week. The 3 of them are delighted with the response and plan to focus on women’s wear and home décor in time to come.

From a cubicle, to a home based business

Renuka Eashwaran and Shobana Nandakumar are Bangalore based entrepreneurs. A chance meeting through a common friend at Shobana’s daughters’ ballet class led to Moppet Isle coming about. Both of them were a part of the corporate world and always wanted to become entrepreneurs. “We love girls and that’s why we started this,” Renuka says when quizzed about the reason behind this online children’s clothing line. Shobana has 5 ½ year old twin girls and Renuka has a niece she is very attached to. Both said that they never found proper children’s clothes especially for little girls.

They felt that children’s clothing boutiques had kids’ frocks designs but “they were very jazzy and frilly, nothing stylish and comfortable”. Not only that, these clothes were also overpriced and could be found in almost every chain or big store due to mass production. They add, “We noticed the need for a good collection, one that was not too fancy, but at the same time, graceful.”

They launched Moppet Isle on Facebook on 4 June 2012 and got their first order soon after. Renuka feels that they are doing very well for a home based business. Shobana has a background in the garment industry and the skills she brings with her has helped them to make this online clothing business a success. Shobana deals with buying the fabric while both design the kids’ dresses themselves. They interact directly with a tailor for the stitching. They feel that their business faces no threat from the children’s clothing brands found in malls as each design of theirs, is unique. Besides this, the range of fabrics is not what you would find in the usual children’s clothing sites or any shops. They tailor dresses in printed silks, chiffons, georgettes, synthetics and cotton. “We give traditional wear a twist,” they conclude. Prerena Thombare, a homemaker based in Mumbai fondly recalls her grandmother and mother stitching clothes for her when she was small. She states, “I felt the warmth and that homey feel missing from my daughter’s clothes.” This was when she decided to do the same for her daughter and soon neighbours started praising her workmanship. Requests to make their children’s dresses started pouring in and eventually Petals was founded.

This tailoring business from home started off in a small way and she decided to display her kids’ frock designs on Facebook. Petals started on 6 May 2012 and there has been no looking back. Prerena’s first online order was received within 2-3 days of the page being launched. Prerena does not have any plans of setting up a shop or expanding the business at the moment. She is happy with the way things have worked out online. She will soon be setting up a website for Petals.

Petals  is a children’s clothing line that deals in only cotton fabrics, but these clothes are available in several patterns. She has found a market for herself and competition from bigger names does not bother her at all. She believes in quality and assures customers of this with every dress they order. She feels that her home based business’s USP lies in the fact that, “the outfit is more personalized and exclusive.”

These are their stories and the reasons why they ventured into home based businesses. Do you have a venture you started that you would like to tell us about?