I’ve been seeing similar comments ever since Samantha makes that necessary public appearance, be it for her movie promotions or simply catching a flight. There was recent footage of her coming out of an airport, which had a barrage of comments preaching karma and its cruel ways. These people were not even being subtle about it. The ‘loud and clear’ message is that Samantha deserved her illness because she filed for divorce.

We’re in 2023, where divorce may be legal, but it’s apparently not acceptable when the woman parts ways with her spouse.

Men are glorified while women are vilified and shamed for divorce

The film industry is rife with divorce. It’s acceptable when its men initiate the divorce. It can even make them seem sexier and more desirable, like actors Nagarjuna, Samantha’s ex father-in-law and Venkatesh. The divorce didn’t affect their popularity and fan base. Instead, it soared after their divorce.

Then why is Samantha being singled out and trolled for her disease aka karma?

We still think it’s the woman’s sole responsibility to uphold the institution of marriage. So, when men threaten to divorce their wives and act upon it, you won’t find these karma-shitting trolls anywhere in sight. And if they do, they’ll sympathise with the man and call their ex-wives as gold-diggers or not ‘marriage-material’. We almost glorify the men for dating younger women. We have so many examples from Elon Musk to Jeff Bezos, who’re seen as the gold standard of success on all fronts of life.

The onus of all traditional institutions and customs lies solely upon the shoulders of a woman. A man can fly to whomever he wants and whenever he wants, with no judgement whatsoever. And if he’s a successful man, people will kiss the ground he walks on. He’ll be considered a highly motivational and inspiring figure. And if he falls sick, they’ll sympathise with him. And oh, there’ll be no talk of karma and other such esoteric philosophies.

A man can abandon and file for divorce for the flimsiest of reasons. But how dare a woman do so? Surely, her karma will catch up.

I don’t mind if men aren’t judged for initiating divorce, but why are we harassing women for the same thing?

Diseases and illnesses don’t distinguish and happen to everyone, karma notwithstanding. This mindset of viewing sickness as bad karma can hold back some people from coming out and receiving the right treatment in time – for the fear of judgement.

Why is it hard to be kind to people battling an illness? Even if Samantha divorced her husband, what has she done to us – for us to be so apathetic and venomous-in her lowest phase?

If this is our reaction for a celebrity who filed for divorce, imagine the hell – harsh judgments or indecent sexual propositions – ordinary women have to go through every day for their divorced status. Our heartless reactions make it even more disgraceful when they’re struck with an illness.

If Samantha Ruth Prabhu’s myositis is because of her bad karma, what’s going to be ours for our sadistic reactions?

Register at Women's Web to get our weekly mailer and never miss out on our events, contests & best reads - you can also start sharing your own ideas and experiences with thousands of other women here!
Internet Trollingsexismviolence against women 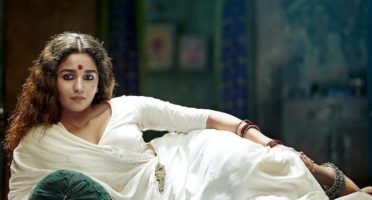 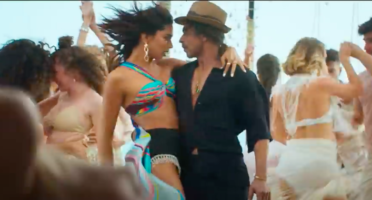