India ranks a low 108th out of 153 countries in terms of gender pay gap, with women earning just 71% of what men earn. This disparity has a significant impact on the economic stability and growth of the country.

The gender pay gap is a persistent issue in India, with women often earning significantly less than men for performing the same work. According to a report by the World Economic Forum, India ranks a low 108th out of 153 countries in terms of gender pay gap, with women earning just 71% of what men earn. This disparity is not only unfair, but it also has a significant impact on the economic stability and growth of the country.

According to a report by the International Labour Organization (ILO), the gender pay gap in India stands at 27% as of 2023. This means that, on average, women in India earn 73% of what men earn for doing the same job. This gap is even wider in certain industries, such as the technology sector, where women earn just 60% of what men earn.

Women in technology sector are paid less than their men counterparts

One example of the gender pay gap in India is the disparity in the technology sector. Despite the fact that women make up nearly 30% of the Indian technology workforce, they are often paid less than their male counterparts.

A study by the National Association of Software and Services Companies (NASSCOM) found that women in technology roles earn 29% less than men, with the gap being even wider at the senior management level.

This disparity is not only unfair, but it also limits the potential for economic growth in the sector, as it discourages women from pursuing careers in technology.

Retail sector is doing no better where 70% workforce is women!

Another example of the gender pay gap in India is the disparity in the retail sector. A study by the Retailers Association of India found that women make up 70% of the retail workforce in India, but they are often paid less than men for performing the same work.

The study found that women earn just 67% of what men earn in the retail sector, with the gap being even wider at the upper management level. This disparity not only limits the potential for economic growth in the retail sector, but it also has a significant impact on the economic stability of women and their families.

There is lack of women in leadership roles

One of the main reasons for the gender pay gap in India is the lack of women in leadership positions. According to a report by McKinsey, just 14% of senior-level positions in India are held by women.

This lack of representation at the top levels of organizations leads to a lack of role models for women and a lack of policies and practices that support gender equality. The gender pay gap in India is not only an economic issue but also a societal one, as it is deeply rooted in cultural and societal biases.

For example, women are often expected to prioritize their families over their careers, and they are also often viewed as being less competent or less committed to their work than men. This mentality is not only biased but also limiting the potential for economic growth and stability in the country.

To address the gender pay gap in India, it is essential to recognize the cultural and societal biases that contribute to it. This includes increasing awareness of the issue and promoting fair pay practices in the workplace.

This can be achieved through initiatives such as pay transparency, mentoring programs, and training programs that promote gender equality.

Additionally, policies such as parental leave and flexible work arrangements can help to create a more level playing field for women in the workforce.

Gender-pay gap in India, is shaped by patriarchal expectations!

In conclusion, the gender pay gap in India is a persistent issue that has a significant impact on the economic stability and growth of the country.

The problem is rooted in cultural and societal biases that perpetuate discrimination against women in the workplace. To address this issue, it is important to recognize and challenge these biases and promote fair pay practices and policies that support gender equality in the workplace.

Register at Women's Web to get our weekly mailer and never miss out on our events, contests & best reads - you can also start sharing your own ideas and experiences with thousands of other women here!
empowermentwomen at work

Transwoman from Bengaluru. Working as Vision System Engineer. As a journey in my life I am willing to create more awareness on social issues through writing. I love watching anime, listening to songs, driving and read more... 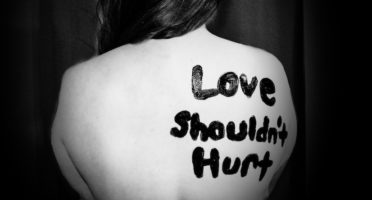 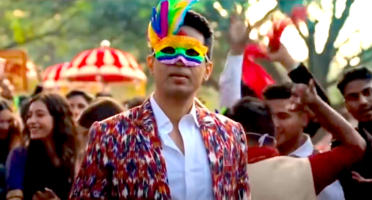