If You Leave, Who Will Take Care Of Me While I Smoke Ganja?

I really liked her. "She was feminine enough for me to fill a few more pages of my draft. So, I kept on faking it. Mornings were better than they used to be, because I got my smoothies made by her!"

Varun turned twenty-five yesterday. He spent the whole night lying in his neon lit room, smoking pot, and thinking about the girl he had met on the staircase.

He couldn’t see her face properly due to him being in a slightly elevated position, but God, she smelled nice!

“Why did I even decide to go to the grocery store? I haven’t been eating much lately. Why haven’t I eaten anything? I think I’m hungry.”

The stuff he inhaled was starting to hit now. There had been some casual encounters with the girl previously, but she never seemed to care about his presence, and Varun had begun to obsess about the same.

“She was dressed in a magenta pullover and navy-blue trousers, and her hair were fastened back in a sleek ponytail. She wasn’t carrying a wallet, nor a phone. She always paid in cash and never looked elsewhere unless a madman drove closer enough to eventually infuriate her. God, I’m obsessed! I need to write this down.”

Varun rummaged through a pile of things  to get hold of a sheet of paper and a pencil. He always wrote with a pencil. It gave him a sense of comfort and being at home kind of vibe. After another long drag from the joint and he began scribbling.

“And I don’t have any idea why I’ve been so vulnerable after my last breakup. I didn’t even love her. She was just there for an emotionally damaging experience so that I could finally finish my draft. She was fond of me. Anyone would be fond of me. I have deep dark-brown eyes. I jog (not on a treadmill) every day and I write.”

“Vrushali was fond of me. She made me handwritten cards and baked cookies too. On my last birthday, she gifted me a pair of joggers. She made smoothies for me when she was over at my place. She never complained about anything, not even at times when I used to leave unannounced for days to write in solitary. Not only that, but she was madly in love with a crack head like me.”

Taking another drag from his joint, the monologue and scribbling continued.

“But she didn’t notice me yesterday, again. She just passed through me like I’m a ghost. I could only smell her and say nothing. She speaks so heartily to the salesmen every time she visits the grocery store, but she does not allow me to speak to her. It’s like she is standing there with a knife and her brown eyes are ordering me to not say a word unless told to do so. I would love being told what to do. I think I know my type now.”

“I shouldn’t have proposed to Vrushali.”

“I was on a deadline, and my life outside the vicinity of my house was not so happening. I had a bunch of friends to hang out with, but a writer needs a little more drama than that.”

“So, I asked a friend of mine to introduce me to her cousin, Vrushali. We began chatting online and eventually started going on dates. Within three weeks, we shifted from hanging out at cafés to cooking meals together at my place.”

“I really liked her.”

“She was feminine enough for me to fill a few more pages of my draft. So, I kept on faking it. Mornings were better than they used to be (because I got my smoothies ready-made by Vrushali, bloody crack heads!)”

“But only last month when my draft was complete, I decided to come clean with her and to my surprise, she did not react badly at all.”

“There was no screaming, no abusing, just silence.”

“She collected her stuff and left me. Just like that. It was quick, and I seemed to have been a little affected by that, but I was the one to leave her first, so I didn’t complain much about that.”

“Is she ignoring me on purpose? Does she want me to follow her? But she doesn’t even know me. She doesn’t know that I write, and she clearly isn’t the type of girl who would fall for good looks alone (there should definitely be a cherry on top of the cake).

“I bet she is an angel in the making. A bad one indeed.”

Use of any kind of substance and drugs can lead to addiction. If you know someone, please make sure they receive immediate help. 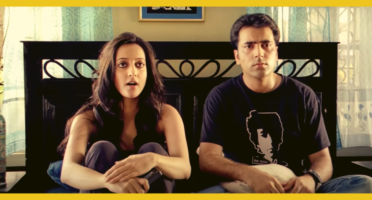 Does Marriage Kill Love And Only Brings Responsibilities? 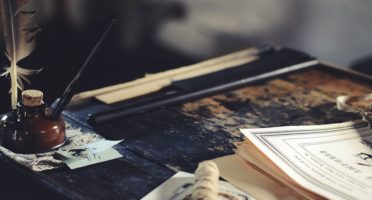 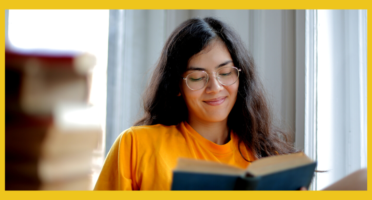 There Were Two Of Them – I Fell In Love With Both 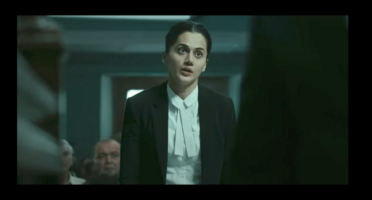 The Idea Of Vengeance: Why Women Stay In Abusive Relationship?