I asked the girls what happened, they said it is ok let them play, we don’t want to play anymore.

I realised this is how from a young age, girls willingly or unwillingly give up their spaces and the boys without overtly demanding claim the spaces as their own.

The whole process was very seamless, without any gender realising what has happened. Such incident and stories exist around us while we pay no heed or fail to notice them.

It’s how we bring up girls and boys, unfortunately

I think it has got a lot to do with the way we are raised, with the conditioning given to both genders from early on. While the guys are taught to naturally own the space they enter, the girls are taught to give up, to accommodate, to adjust since “it is their primary responsibility to keep families and relations together.”

We are victims of regular conditioning with constant reminders while growing up that we have to be mindful of others, what they perceive, how they react, and most importantly that our self worth is linked to us being “Good Girls”  “Do what the society expects us to do” and being validated by the males in our lives.

So it is easier for these boys to simply enter the court and take over. If it was reverse and had the girls taken over, chances of them being riddled with guilt were high. Had they done the right thing? Had they disturbed their game? And the fear that the boys will not play with them in future would have eaten at their soul.

This conditioning starts from a very young age when the sister is asked to get up and give the seat to her brother who has come from outside as “he is tired.” When the wife is asked to serve her husband first or adjust her schedule when there are guests at home as the husband has to work as per his schedule. When the female colleague is asked in a team meeting to arrange for tea / coffee for all the team members.

We are taught to be apologetic about our choices if it is not in larger good, to let go of our spaces for the overall peace or termed as stubborn and impatient for not adjusting.

What needs to change is how we bring up our boys and girls. What messaging and conditioning are we giving them while growing up. Let’s normalise girls being aggressive, stubborn, unapologetic and owning the spaces not just in their houses and workplaces but the society in general. WITHOUT shaming them for it.

Have there been instances like these in your life where you have given up space (physical, mental, emotional, financial, social) to a male in your life?

Image source: a still from the film Piku 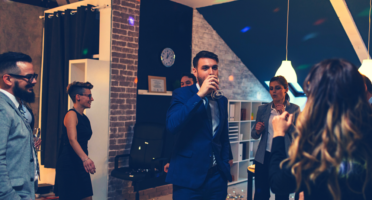 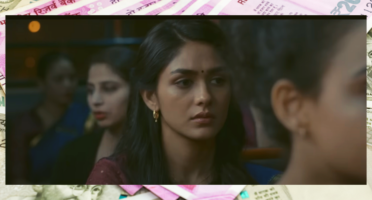