“If You Get Some Help From Your Husband, Thank Your Stars” Is Such Messed Up Advice!

His mother, rather than asking him to improve and become responsible and careful in the house, asks her daughter-in-law to not irritate him!

Two roads diverged in a wood, and I —
I took the one less traveled by,
And that has made all the difference.
— The Road Not Taken by Robert Frost

We are surrounded by stories, anecdotes, narratives of experiences of our relatives and friends. We hear them, digest them, and derive different learnings from them. What we derive from a story or an anecdote reflects how we are conditioned (auto-mode) to perceive our world. It also reflects what the future would look like.

It was always she in charge of household chores

I was chatting with a friend when she happened to tell me about her neighbours —  Radha (name changed) and her husband, Raj (name changed). Radha and Raj are both in very senior positions at top MNCs. They are equally qualified and capable. Both had similar working hours and schedules.

Yet, it was Radha who always managed the house chores and cooked the meals for the family. Radha never felt that she was doing a lot extra than she should be doing or that she also deserved to relax once in a while just like Raj did (well, all the time at home). Raj never felt he owed contribution towards the home chores too. Despite being a grown-up, he never felt odd in being served all the time by his partner.

Her mom happened to overhear us and sat down to sincerely share her opinion, that came in ‘auto mode’, from her conditioning —  she felt, “every woman has to do the majority of house chores for her family irrespective of her financial or career achievements. Even Radha has to do it and never cribs about it”. Period.

Why are domestic duties a woman’s job no matter what?!

Basically, she said that in her experience, a woman is never free of household jobs, irrespective of whether she has just delivered a baby, or is a successful ‘work-for-home’ mom or partner, or even a successful well-earning technocrat or a surgeon. That a man need not pitch in, and that is the norm — hence acceptable.

“It is a woman’s job despite and in spite of anything to serve the family. Look, even Radha does it with a smile, Her husband will become ill-tempered if asked to do his own work. If we get some help from our husbands, we should thank our stars. In any case, we must not crib”.

The conclusion is — don’t crib. Conform or face wrath. Accept this as a fact or sulk. That’s how it is. This is our takeaway, and has been so for generations. It is deeply internalised.

High time boys are taught to participate in household chores

For a minute even I had thought how great some of those men are, who do occasionally (or even after 100 reminders) contribute towards their share of household duties be it cooking, cleaning, taking care of kids etc.

But then, I thought, what if there could be another way to look at this —  the ‘non-auto mode’ lens? What if, in an alternate universe, we got furious at such injustice? And that we must not tolerate such behaviour from our spouses or that we must never let ourselves be taken for granted.

What if we all felt it was unfair to anyone if they are expected to bottle up their feelings or took over all the burden, just to avoid a quarrel and worse. What if we felt that Raj should be ashamed of himself for not have grown up enough to contribute towards his share work at home — his laundry, his meals, and the kids equitably?

All children, irrespective of gender, should be brought up to be independent adults who have the basic survival skills to manage their homes, their meals, their laundry, and themselves. It is high time boys are taught to truly grow up and women are taught to value their contributions too.

Why is the onus of adjustment on women alone?

Be it passive or aggressive abuse from men, glaring or concealed disparities; it is still women who are expected to change, to not trigger men with anything that angers them, to accept, to adjust, or to conform. Society must stop putting the onus of adjustment on women alone.

For example, consider this situation — A woman who is responsible and careful, reminds her husband of some pending chore which he was to act upon. He gets abusive and violent for being disturbed. The justification he gives later is that the reminder acted as an irritant that ‘triggered’ him to violence or verbal abuse.

His mother, rather than asking him to improve and become responsible and careful himself (so as to not burden his wife with the additional task of reminding him too), asks her daughter-in-law to not irritate him, to “take it easy”, to become casual herself so as to avoid triggering her son to abuse or resort to acts of aggression.

If something is important and urgent, “best to do it yourself to avoid such tension” even if it means you (the woman) end up doing all the work for him as well. Right?

And even Radha has to do it all, isn’t it?

How is this a solution? This is in fact certifying her son’s savage behaviour as acceptable. Can’t men be asked to change too? Have we really given up hope on such men?

Why can’t men change for the better? And why can’t women rage  for progress?

How is burdening another human with your share of work, all the time, as default be something that should be acceptable? If my friend’s mom had another narrative, an alternate moral of the story that urged her next generation to speak up at such disparities, it would have been empowering.

If only we are asked to get angry at the injustice in our homes and our societies; to speak up, and not just conform to an auto-mode for shallow-peace making — it would be a moral worth sharing for the sake of humanity’s progress.

The way we look at the events around us and how we perceive and derive conclusions today influences our tomorrow. What we value, admire, despise, resist, conform to, fear…defines that auto-mode. If we change the former, the latter will follow suit and so will be the morals we derive from anecdotes.

I love to observe and pen down my learnings in the form of poetry and prose. A thinker who upholds the spirit of equalism. read more... 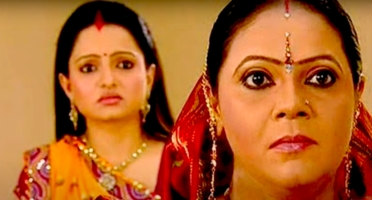 Why Does A Mother-in-Law Teach Her Son's Favourite Dishes To His Wife, Instead Of To The Son Himself? 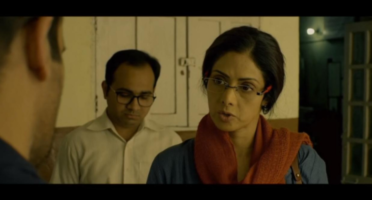 I Cancelled 'Wife Of...' In The Form & Filled In My Mother's Name. What Happened Next Infuriated Me! 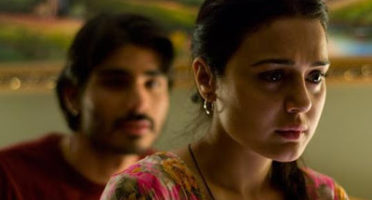 Who Is The Real Dependant? Most Men Don't Know Basic Survival Skills Like Cooking, Yet Women Are Called Dependants!