Celebrate Father's Day with five heartwarming movies that beautifully portray the complexity of relationships between fathers and children.

Every time I listen to the song Butterfly Kisses, I have that lump in my throat. Reminiscing a  series of sentimental moments, a father recounts his journey with his daughter right from her birth up until the moment he walks her down the aisle.

The powerful rendition by Bob Carlisle, who also pens the lyrics with Randy Thomas, makes this song a gem of a composition.

Art depicts life, and many films have been made on the father-daughter relationship. As the Father’s Day buzz is all around in the air, I select five of those films from Bollywood and Hollywood that are my personal favourites. 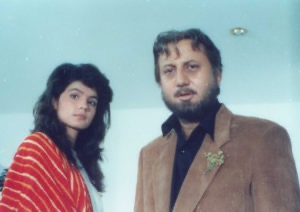 Pooja (Pooja Bhatt), raised by her grandparents, is thrown off her seat when she gets mysterious calls from a male caller who says, “I love you”.  Later she learns that it is her father Anand Sarin (Anupam Kher) who has been making those calls. Her grandfather leaves no stone unturned to make sure that she does not get close to her father.

Anand, a former singing star, now seeks refuge in alcohol. Will Pooja reunite with her father, and will she be able to help him turn a new leaf. Pooja Bhatt makes her acting debut in this film directed by Mahesh Bhatt. 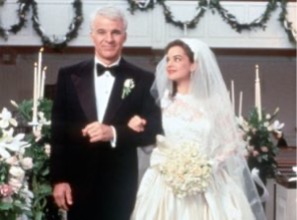 Steve Martin as George Banks steals the show in The Father of the Bride. The film as such does not focus too much on the father-daughter bonding. Rather it centers around how the father starts behaving weirdly and how his possessive streak emerges once his daughter Anne (Kimberly Williams) announces that she is going to get married.

Will George be the responsible father at his daughter’s wedding? Flooded with witty dialogues, the film is a laugh riot, and there is never a dull moment. Be prepared though to shed a few tears as those expressions of love and care rise to the brim to give you a heartwarming feeling at the end. 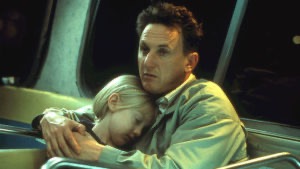 Sam Dawson (Sean Penn), a man with a developmental disability, is the single parent to his daughter Lucy (Dakota Fanning). As she grows older, her intellectual capacity surpasses that of her father.

The question arises as to whether Sam is capable of taking care of his child. Lucy is taken away by the Department of Child and Family Services. A nurturing father, Sam loves his daughter immensely. He hires an attorney (Michelle Pfeiffer) to fight his case and get her back.

Can his mental disabilities come in the way of parenting a child who is the apple of his eye? Join Sam and Lucy in their journey through the jolts and bumps. 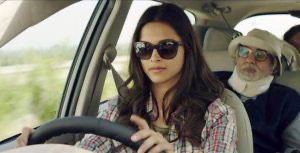 How can Piku ( Deepika Padukone) not get upset when her hypochondriac father (Amitabh Bacchan) has embarrassed her in public an ample number of times? Yet, he is the center of her universe, and she adjusts her schedule to suit him.

Directed by Shoojit Sircar, the film forays into a territory of the human condition that is not commonly explored. As much as the humour keeps one laughing throughout, there are those emotional moments in which you feel the love that flows between the father and the daughter.

Deepika Padukone is truly adorable as Piku, and with Amitabh Bacchan at the helm of affairs, can we expect anything less than a masterclass performance? This film is indeed a brilliant piece of cinema. 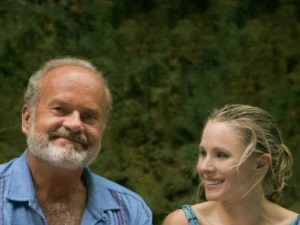 There’s a dramatic turn of events in Rachel Hamilton’s (Kristen Bell) life. Her fiancé calls off their marriage at the altar just prior to the exchange of wedding vows. It’s her workaholic nature that makes him doubt that their marriage will work. Another surprise greets Rachel. Among the wedding guests, she sees her father Harry Hamilton (Kelsey Grammer) who has been estranged from her for 26 years.

Under the influence of several drinks that they have together, Rachel and her father end up going on the Caribbean cruise that she had planned for her honeymoon. Accepting the bitterness that Rachel has towards him, Harry tries to teach her work-life balance. Will he succeed, and will the two be able to create a lasting bond?

These movies address the complexities of fatherhood without judgement

All of us as human beings have our flaws, and within these imperfections, relationships either thrive or fail. Sans any moralising, the five films address the complexities of these bonds and throw light on the web of diverse emotions in which the lives of the characters are entangled.

Each of the stories convincingly mirrors the dynamics in the relationship between a daughter and her dad, and they very tenderly tug at your heartstrings. I feel that they definitely qualify to be in the list of must-watch father-daughter films.