Dear Makers Of Guilty Minds: Children With Disability Are Entitled To Dignity So Chuck The Lazy Writing!

Yes, they do suffer. Duchenne Muscular Dystrophy (DMD) hurts the body every fucking moment. But that doesn't mean one loses the willingness to live. Not once in my life I have heard my brother say that he doesn't want to live.

I was watching Guilty Minds on Amazon Prime Videos. Found the show watchable, considering the total bullshit shows that get served to us in the name of content.

The 8th episode is named Plan Your Baby. It is the name of an IVF clinic against which Kashaf’s clients have filed a case. The moment they said that the boy born through IVF had DMD (Duchenne Muscular Dystrophy), I became a little anxious as to how they’d be showing the case.

Full disclosure: I have a younger brother with Duchenne Muscular Dystrophy (DMD) and as his primary caregiver, I know this disorder from up close, and personal experience. It is a progressive, X-linked genetic disorder that is seen in male children.

Make an effort to portray people with disabilities better – this is just lazy writing!’

It was a case against a clinic not making it clear to the potential parents that the child born of that embryo had a chance of being affected with this X linked genetic disorder. It was unearthed later that the clinic used to promise the clients that they would have male babies. Hence, all the parents that wanted male children preferred going to that clinic.

This child’s parents, too, wanted a boy. They took the decision of getting the embryo with the ‘risk’ for DMD, as that would ensure a male child. They refused to get the other healthy embryo that would make a female child. At the end, the parents and the clinic owner reach a settlement.

I was really uncomfortable watching all of this unfold. Kashaf, the lead advocate, isn’t sympathetic towards the parents because of the gender discrimination. Her sympathy lies with the child. She says at the end- ‘Suffer to woh bacha kar raha hai!’ (Finally it is the child who is suffering!)

Keeping the script of the episode aside, what actually gets lost in this sympathy and IVF drama is the value of that child’s life. He is reduced to his disability. The parents call him ‘a defective embryo’. The advocates are uncomfortable to see him walk.

They’re showing that all that a disabled child can get from abled bodied humans ruling the world is degradation or neglect or sympathy. Sympathy, because they suffer so much!

I’ve seen how my brother lives with dignity

Yes, they do suffer. DMD hurts the body every fucking moment. But that doesn’t mean one loses the willingness to live. Not once in my life I have heard my brother say that he doesn’t want to live.

When I think of safe spaces for my brother, I can’t think of any place where I’m not present myself. And even then, I can’t guarantee that things wouldn’t be hard on him. Just a few days ago, something happened and I would have had a major emotional breakdown if I hadn’t seen him for a few more minutes. I don’t trust anyone when it comes to him.

Nobody seems to be making an effort for people with disabilities. Couldn’t they have made an episode without compromising the child’s dignity? They could have if they understood that this child was as precious as any other child on this planet.

Stop asking every disabled child to run your race

Disabled people don’t have to walk, talk, dance or live like you for you to value their lives.

They don’t have to live a longer life for you to consider their life worth living.

They don’t have to be special or have special abilities for you to consider them an equal.

They don’t even have to be lively and always happy for you to find their lives meaningful.

They don’t have to be funny or quirky or charming to impress you.

They can be boring af if that’s how they are.

Their bodies can be as slow as a snail’s. They can take an hour to finish a meal that you finish in ten minutes.

They can be mediocre and have no major goals in life. They may not be competing with you.

Stop asking every disabled child to run your race. They’re not ‘disabled’ because of their biology. They have been rendered disabled because of how the world is structured.

DMD children do get confined to a wheelchair by the time they’re twelve or thirteen or even before that, but that wheelchair in no way means a useless life. So dear showmakers, writers, and all normal people with normal lives, please take your sympathy and leave, if that’s all you’ve got.

A little vain, and profane. Have a master's in Women's and Gender Studies. read more... 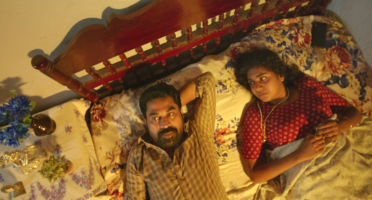