Founded by Ela Bhatt, now led by Reema Nanavaty, SEWA is a trade union that advocates for the rights of low-wage, self-employed women.

Founded by Ela Bhatt and now led by Reema Nanavaty, the Self-Employed Women’s Association (SEWA) is an Ahmedabad-based trade union that advocates for the rights of low-wage, self-employed women.

I have always believed that women should support and uplift other women, be it our friends, colleagues, family members, or any woman. An ideology many women stand by in the world today.

However, there was a time when it was hard for any woman to support even herself, let alone anyone else. At that time, we saw Ela Bhatt emerge as not just an example but also a powerful woman.

Ela Bhatt is a woman who worked towards helping women support themselves through SEWA. Following her footstep, Reena Nanavaty carried the legacy of Ela Bhatt forward and kept alive her revolution, SEWA.

Founded by Ela Bhatt and now run by Reema Nanavaty, the Self-Employed Women’s Association (SEWA) is an Ahmedabad-based trade union that advocates for the rights of low-wage, self-employed women. It was established in 1972 as a wing of the Textile Labour Association (TLA).

SEWA is centred on the objective of full employment, which ensures that a woman can provide her family with food, health care, child care, and shelter.

For this, they offered mill workers’ wives and daughters training in sewing, spinning, knitting, embroidery, and other welfare activities.

After a brief teaching career at SNDT Women’s University in Mumbai, Ela Bhatt joined the legal department of the Textile Labour Association (TLA) in Ahmedabad in 1955. In 1968, the TLA asked Ela Bhatt to lead its women’s wing.

A small number of migrant women working as handcart-pullers or head loaders in Ahmedabad’s cloth market approached the TLA in 1971, seeking assistance in securing acceptable wages.

The women were homeless and unable to afford a place to reside. They were all employed in the bustling fabric market of the city, transporting bolts of cloth between wholesalers and retailers. For this wholesale, business owners would pay them on a per-job basis a lower wage. 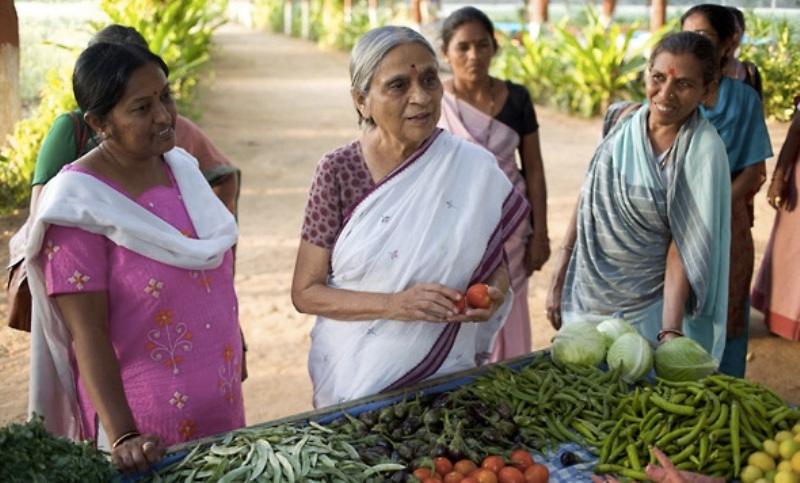 These women, Ela Bhatt discovered, were not only domestic workers but also ran a range of businesses at home, such as hawkers, street vendors, and construction labourers, but were underrepresented in India’s economy.

Ela Bhatt was heavily affected by the reality of female workers

Following the meeting, Ela Bhatt published an article in the local newspaper detailing the head-loaders’ unjust wages and other issues.

She was heavily affected by the reality that hundreds of female textile employees worked elsewhere to supplement their family’s income, but state regulations only protected industrial workers, not these self-employed women.

Word got around among the ladies, and several used-clothing traders approached the Women’s Wing with their complaints.

Over a hundred women turned up for a public meeting of used-garment traders. The women suggested that they start their organization during the meeting in a public park.

Ela Bhatt agreed to organize these self-employed women into a union under the auspices of the TLA’s Ladies’ Wing with the help of Arvind Buch, the then-president of the TLA.

As a result, The Self-Employed Women’s Association (SEWA) was founded in 1972, and Buch served as its president and general secretary from 1972 until 1996.

The SEWA Cooperative Bank, founded in 1974 to give loans to low-income members, was the organization’s first major endeavour.

Struggles in establishing SEWA as a trade union

The State Labor Department declined to recognize SEWA as a union, claiming that who were the employees organizing against without an employer?

SEWA maintained that a union’s goal was to unite employees, and therefore it didn’t need an employer to exist. SEWA’s argument was successful, and the organization was officially recognized as a trade union on April 12, 1972, which is commemorated as “Self-Employed Day” in SEWA.

The struggles paved a better path for SEWA

SEWA membership has steadily increased since 1972, attracting self-employed women from a variety of crafts, ranging from vegetable vendors to incense-stick rollers, and junksmiths to waste recyclers. 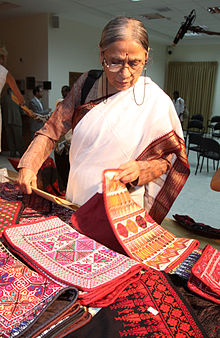 However, by 1981, the relationship between SEWA and TLA had deteriorated. The interests of TLA, which represents organized employees, did not always coincide with those of SEWA, which represented unorganized women workers.

Furthermore, Ahmedabad’s textile mills were steadily closing, and the textile sector was fast-changing, leaving the union to deal with thousands of unemployed workers with no possibility of returning to work.

TLA eventually kicked SEWA out of the organization and stopped supporting it. However, SEWA was ready to meet any obstacles that came their way.

SEWA’s women discovered they were now free to choose their path, form new partnerships, and devise solutions that suited their requirements.

The women transformed SEWA into a democratic, inclusive, responsive, dynamic, and self-sustaining organization using all of their talent and courage.

SEWA was now breaking new ground at every turn, founding a cooperative bank for its illiterate members and challenging the present labour law’s definition of worker. As a result of this, The International Labor Organization (ILO) classified home-based workers as workers in 1996, allowing them to be protected by fundamental labour rules.

In 2014, India passed the Street Vendors Act, which recognized the notion of Natural Markets in cities and vendors’ rights to make a living there.

These big gains were the product of SEWA’s long and dogged fight to give the country’s unorganized sector workers visibility, voice, and legitimacy.

In 1984, she was also awarded the Right Livelihood Award for helping home-based producers to organize for their welfare and self-respect and the Padma Bhushan in 1986.

Reema Nanavaty was born in Gujarat and received her bachelor’s degree in science from Gujarat University. She later chose to work in the civil service and passed the civil services examination (IAS). Her time there, however, was barely one year.

Nanavaty joined the Self-Employed Women’s Association of India in 1986 after resigning from the Indian Administrative Service. She became the organization’s General Secretary in 1999 and began a series of public service projects, focusing on expanding SEWA’s presence to more Gujarat districts. 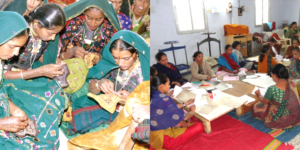 When was Rudi setup in India?

SEWA created self-help groups and a retail distribution network, Rudi under the supervision of Reema Nanavaty, got the commodities made by SEWA sisters to more than 40,000 families.

She has expanded SEWA’s reach beyond Gujarat, with its activities currently spanning the country from Jammu and Kashmir to Assam. They’re also working in Afghanistan, Bhutan, and Sri Lanka, all of which are war-torn countries.

Her present task is to look after the SEWA Trade Facilitation Centre (FTC), a section that helps craftsmen in the villages thrive.

When women like Ela Bhatt and Reema Nanavaty take the lead, an organization like SEWA not only bring changes into the lives of several women but also gives them the strength and confidence they need to bring recognition to their hard work and to stand up for themselves.

Lack of Fair pay, healthcare, insurance, banking, and housing, as well as skill upgrading, market access, and training, are all issues they face in which SEWA has not only helped them get recognition but also provided them with a medium of representation. 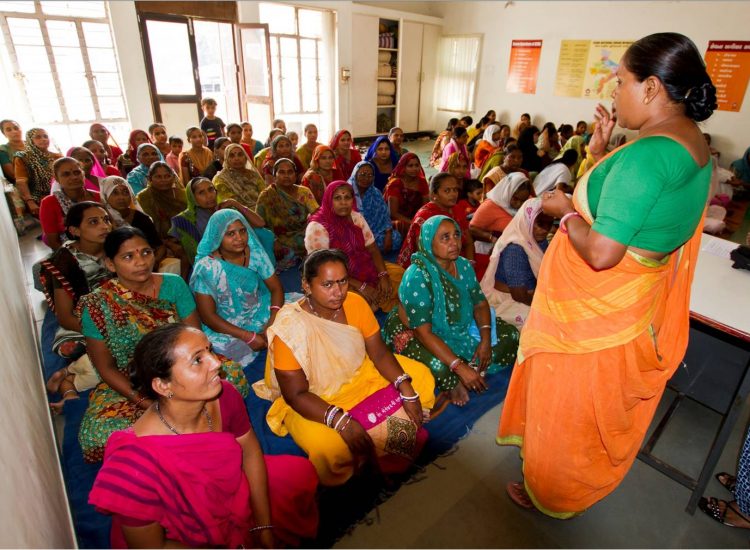 Several SEWAs have formed organically across India over the years, bringing together poor, self-employed women from over 125 different trades and several castes and religions.

SEWAs have also been formed by self-employed women throughout South Asia, South Africa, and Latin America to address local concerns.

SEWA has evolved from a group to a movement. The labour movement, the cooperative movement, and the women’s movement intersect in this one movement.

Ela Bhatt and Reena Nanawaty of SEWA are not just great leaders but also great examples of how women in power could do so much for other women.

Many women have gained the courage and strength to continue to support not just themselves but also their homes and families as a result of their work at SEWA and via it.

Ela Bhatt and Reema Nanavaty of SEWA, through their story, are sure to inspire many young girls and women in understanding the value and need to support each other. 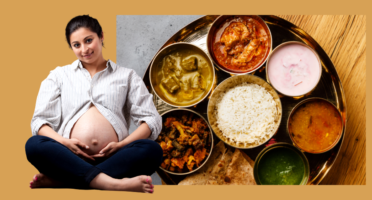 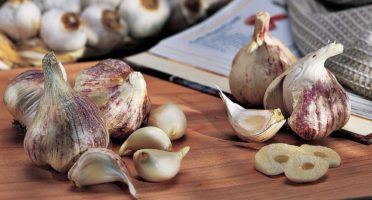 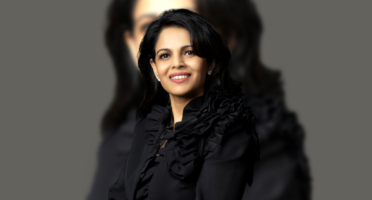 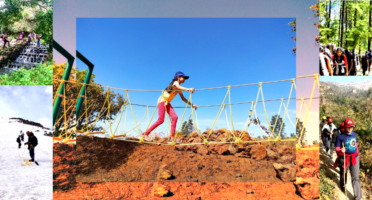 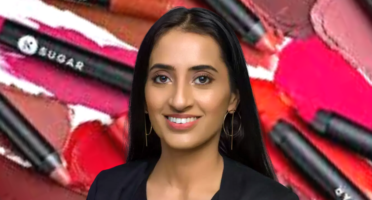 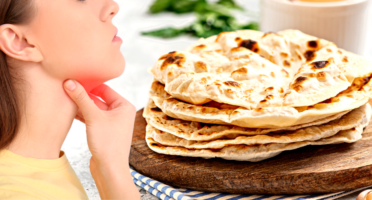