In a patriarchal society, the purity of caste, class and religion is rigidly maintained by controlling the sexual agency of women, even 'punishable' by murder: honour killing.

Trigger Warning: This deals with extreme and fatal violence, and may be triggering for survivors.

Nagaraju and Syeda Ashrin Sulthana, a newly married couple were traveling on their two wheeler in a Hyderabad suburb when they were forced to pull up. In front of Ashrin’s eyes, the assailants attacked her husband with steel rods. She tried to shield him with her body, but she was pushed aside. She screamed and begged bystanders to intervene, but nobody came to her rescue. The assailants stopped only after Nagaraju was dead.

A dazed Ashrin later named her brother as one of the people who murdered her husband. It was what is called an “honour killing”.

Though we often hear of “honour killings” in India, this gruesome murder sent shockwaves because of the audacity with which it was conducted on the busy streets of a city, in full view of the public. It also shone the spotlight on how dangerous it can be for a couple to marry outside their prescribed faith and/ or community.

The crime can be looked at in multiple ways

Their’s was an interfaith union- Ashrin Sulthana was Muslim, while B. Nagaraju was Hindu. It was also an intercaste union- though Islam doesn’t have a formal caste system, Ashrin was a Syed which is considered one of the ‘highest’ communities, and B. Nagaraju was a Dalit.

In a statement made to the press, Ashrin stated that Nagaraju was willing to convert to Islam to marry her, but her family made it clear that they would not permit them to get married even after conversion. To her family, according to Ashrin, Nagaraju was an unsuitable suitor because he was from a lower caste. This is borne out by some of Nagaraju’s relatives who say that he was willing to convert so he could marry Ashrin, but her family was still not willing to accept the union. Even after the wedding, Ashrin feared for Nagaraju’s life, and her worst fears came true when her family killed him in an extremely gruesome manner.

Women ‘owned by their families and community’?

It is the belief that the woman is the ‘property’ of the family and the community, and that she somehow brought shame upon them by marrying someone they deem unsuitable. For the family, the only way to restore their “honour” is by eliminating the man who dared make “their” woman fall in love with him.

Honour killings are not unknown in India, nor is it restricted to any one community. Whenever a couple ignores the barriers of caste, class or community and falls in love, they find themselves pitted against the might of their community.

“in every house is a life bomb that can erupt at any time. Do you know who that is? Daughters are the honour of the family and the community, and to protect them is our … duty and … culture.”

This statement was made by a VHP leader as quoted in Kavita Krishnan’s book Fearless Freedom, but it could well have been uttered by Ashrin’s brother, or by the families of the countless other women who fall in love with a man outside their community, and are willing to defy their family to marry him.

In a patriarchal society, the purity of caste, class and religion is rigidly maintained by controlling the sexual agency of women. When a woman chooses to fall in love with someone outside her tightly controlled community, she threatens the established order of things. Her family perceives that their “honour” is challenged when a man who is deemed unsuitable because of birth based limitations succeeds in winning her affection.

Everything is tried to break up a couple like this, including violence

When the family finds out about such a relationship, they exert tremendous emotional and physical pressure on the woman to give up the man she has fallen in love with, and marry someone who they deem suitable. Most women give in to this intimidation or are tortured into submission. It takes extraordinary courage for the women to defy the community and marry the man they love.

Even after the couple has got married, the family feels compelled to restore their lost prestige by breaking up the couple. The family attempts to intimidates the couple through emotional blackmail, or by threatening violence. Often, the family of the woman even file false cases of rape and abduction against the man to coerce him into walking away from the relationship. For instance, while analysing all the cases of sexual assault that came up in the sessions courts in Delhi in 2013, it was found that 40% of cases involved parents filing cases of kidnap and rape against young men who their daughters had eloped with- most of whom were inter- caste or interfaith couples who chose to defy parental opposition to the relationship. The family resorts to honour killings when such intimidation fails.

Nothing can get back the dead – what justice?

Ashrin’s brother and his associates have been arrested for the gruesome murder of Nagaraju, and the police has promised to fast track the case. In this case, since the politicians and civil society have condemned the crime and demanded justice, and the entire crime was caught on video, it is likely that justice will be served. In other cases, however, the perpetrators often get away because with her husband gone, the woman succumbs to grief and emotional pressure and doesn’t push hard enough for conviction.

While Ashrin may get justice, that will not bring Nagaraju back to life. Ashrin will not only live with the guilt that it was her love that got her husband killed, she will have to face a family that will continue to blame her for “bringing dishonour upon them” and indirectly causing the imprisonment of her brother.

It is not enough to merely respond to an honour killing after it has taken place. We need to create and maintain networks that support people who are in inter caste and interfaith relationships. This should include proactively ensuring the safety of such couples, but enabling them to file a formal complaint against families that threaten their safety. If required counselling support should also be provided to the families of such couples to help them accept the relationships.

Most importantly, those of us who believe in the right of young women and men to love without fear should stand up against patriarchy, and against a system that seeks to maintain caste and religious purity by breaking up such unions. Till the larger society starts to accept the agency of women to love who they want, such tragedies will continue to occur. 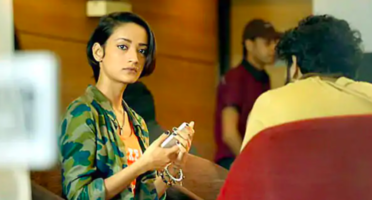 'Keeping Our Daughters Safe Has Become A Herculean Task; It Wasn't This Bad When We Were Younger!' 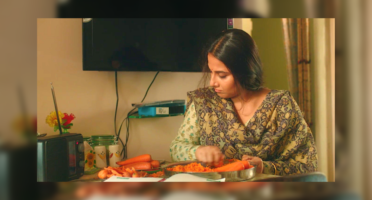 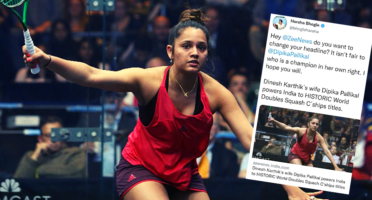 It Didn't Matter That She Was A Widow; I Just Wanted To Include Someone Dear To Me In My Big Day