Has Anyone Decided The Retirement Age For A Housewife?

A woman also gets tired, she also feels hot in summers and cold in winters. She also gets old and a helping hand from her family (especially men) is required!

I wonder where they get the power to do all the household chores single handed. I have witnessed houses where the men of the family don’t even bother to take a glass from the kitchen and expect the women to do everything even when she is not well.

India is famous for its cultures and traditions but there are some traditions which need amendment now. We have been taught in schools that both men and women are equal, then why there is a difference when it comes to household chores. I don’t expect the men to do everything but a little help is not much to ask for. If the men can’t help, at least they should not increase the burden on the women.

People should understand that a woman is not a wonder woman but a normal human being. If a man gets tired after working the whole day, a woman feels the same too.

I am not forcing my opinion on anyone but I am sure there are a lot of women out there who can relate to this. I have seen my friends who have sacrificed their passions and dreams just because the family told being a woman they are responsible to do all the household chores single-handedly.

I believe not everyone’s the same, there are families who support too but there are some who don’t pity the woman ever during her menstruation. While she is bleeding and bearing so much pain already, she is expected to do everything as usual.

Just for once, imagine the same thing happening to a man and I bet he will not be able to even stand on his feet. India is westernizing everything, so why is a man cooking and helping his mother, sister and wife considered abnormal?

I really want everyone to understand that a woman also gets tired, she also feels hot in summers and cold in winters. She also gets old and a helping hand from her family members (especially the men) is required!! 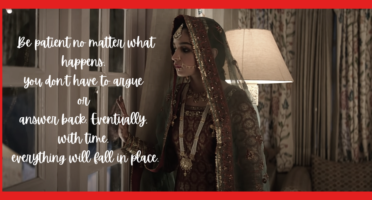 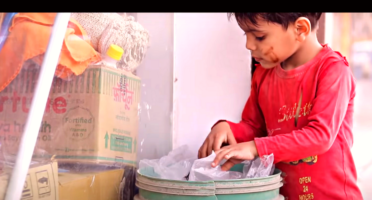 A Flight That Made Me Realize The Significance Of Food!