‘Yes I Am A Muslim And I Celebrate Diwali!’

I am Muslim and I celebrate Diwali with my neighbours, the most down-to-earth people I've known. People talk about Hindu-Muslim divide. It's politics my dear readers...just politics!

On Eid, when we didn’t have money, my neighbouring uncle & aunty surprised us with gifts & celebrated with us. As uncle returns home from the hospital, we will celebrate Diwali with diyas & crackers together. People talk about the Hindu-Muslim divide. They say we hate each other. Do you see the hate in any of this?

Dear readers…. This is a true story, not mine but my cousin’s who lives in Australia. Thought I will share it with you as it touched my heart.

Covid has not been kind to my family and me. We are one of those families who lost quite a number of loved ones to the disease and also were hit badly, financially.

My hubby lost his job six months into the pandemic and savings kept us afloat for the next full year. Those were tough times, Eid was part of those difficult months and I still remember not being able to buy new clothes for my kids, or having money to cook up a feast for the family.

The kids were looking forward to the day after a month full of fasting, they expected gifts, money and a cartload of food. I was working on a tight budget, biryani was not part of the list nor were clothes or money envelopes given as gifts to smiling kids with hopeful eyes. A tiny tear escaped my eyes as I stood in our veranda.

My neighbour Deepa aunty walked by…she was a stern woman in her early fifties, she rarely smiled or spoke. A brisk nod was the only reply I got to good mornings or hellos. She lived with her husband and grandchildren, a boy and a girl. The kids had lost both parents in a car accident and lived with the grandparents ever since. They were good friends with my two boys as they all fell into the age group of 10-12 year old.

I always watched the kids along pray with their grandpa every morning. Their aarti was what woke me up from my slumber. It was my alarm clock everyday. I sat in my veranda watching the prayers in the neighbouring courtyard every morning. The bhajans and the aarti somehow calmed my senses as I sipped tea.

The neighbouring uncle was a bit more friendly than the aunty. “So biryani for Eid huh?” He asked as he was making his way to work one morning. I smiled sheepishly at him. “Doubtful uncle,” I said I think my voice came out choked as I told him that the hubby had been laid off.

On Eid I cried as my neighbours surprised us with gifts and biryani!

“Tough times dear. Hang in there. There is always hope,” he assured me with a kind smile and went his way.

Eid arrived. My hubby and I sat our children down and explained to them that this time we won’t be celebrating. Bribery helped too. Gifts double the amount were promised for next Eid and food was made to sound like a buffet lunch would be served….but they would have to wait for next year.

I could see the disappointment in their eyes even though they covered it up with smiles. I myself was holding back tears. The doorbell rang then, and when we opened it. The neighbouring aunty and uncle along with the kids Rohit and Riya stood with bags full of gifts and a big lid-covered vessel.

My hubby and I looked at each other as we welcomed the uninvited guests in. The aunty still had her stern look on her face as she slid the lid of the vessel and the smell of biryani wafted through the air.

“It won’t be as good as yours,” she said, “but I tried my best.” She replied with a hint of a smile. I hugged her then, in tears, the stress of covid plaguing the world, the financial burden we were dealing with everything came out like a big tsunami.

She consoled me like a mother. The woman I had feared… And thought to be a stranger had helped and done what relatives or friends had not.

She held my hand and brought me to the table. There were clothes for all of us. “Go change let’s celebrate,” uncle had pushed my hubby who was trying to keep his eyes dry.

They had bought white kurtas for the boys and my husband and a matching salwar kameez for me. I had no words as to how to thank them. But my love and respect for the couple had grown many fold!

My hospitalized neighbour is being discharged…we are planning to celebrate Diwali & welcome him with diyas & crackers!

As time moved on, my hubby found a new job. It took months to stabilize and regain financial footing. Life became back to normal. The boys went to school with the neighbouring kids and they became inseparable.

As luck would have it, the uncle fell sick. Lung cancer, the doctor diagnosed. He was admitted to the hospital and aunty was inconsolable. “Have faith,” I assured her. “It’s the month of Dussehra, my dear . Let’s pray that he gets well soon.” Aunty whispered between tears. We prayed together and visited the hospital almost daily. She never left her husband’s side and I took care of the kids while she was away.

It’s almost time to celebrate Diwali now. The doctors have assured us that uncle will recover. It’s stage one cancer and can be cured. It’s a celebration on its own. He will be home for Diwali. We are overjoyed with the news!

What are we planning on doing? We are cleaning their house of course. I am on YouTube jotting down recipes of all the Diwali dishes. The house is going to be lit with diyas and the crackers will burst in full swing.

I can imagine the scene. I am wearing a saree, the hubby says I look gorgeous, so does he in a cream dhoti and matching top. The kids, all four of them, are ready with crackers. Their car will be here any minute now.

The aarti in my hand shakes a little as I watch uncle step out followed by aunty. Our eyes do all the talking while the children burst crackers in the background. The house is clean, fragrant with Diwali dishes and glowing in the light of the diyas. It’s welcoming its Ram and Sita back home.

People talk about the Hindu-Muslim divide. They say we hate each other. Do you see the hate? Are you not the ones who exchange sweets with neighbours on Diwali? Do you see their religion before doing so? So where is this ‘I am a Muslim and I hate Hindus or vice versa coming from?’

Let’s remove this Hindu-Muslim divide and welcome each other with love!

Let’s take today as a day we remove this Hindu-Muslim divide and welcome each and every individual into our lives without judging the religion but as a good human.

Happy Diwali guys. May your homes overflow with happiness and your lives be lit up like the night sky during Diwali!

Dentist by day, Writer by night. There are a million stories that need to be told, smiles to be achieved, tears to be shared. Lives to be touched and justice to be served. I wanna read more... 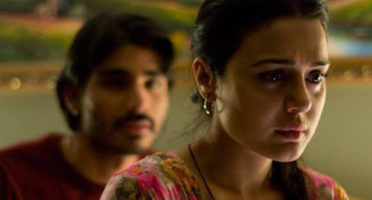 When She Was Told: Men Have Anger Issues, Don't Take His Abuse To Heart! 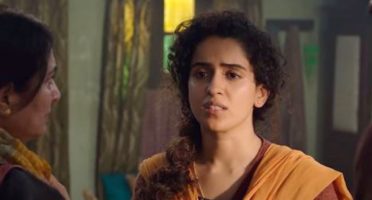 Is A Wife Responsible For Her Husband's Death? 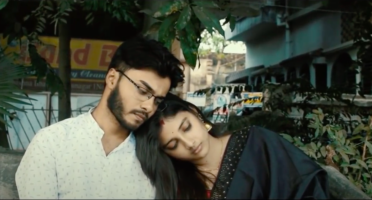 Though My Husband Drives Me Crazy, There Are Insanely Tender Moments Which Make Life Worth Living!