Being a celebrity is a tough job in India because people are not just curious about your life- they want to control it too! Like Deepika is receiving hate on a recent video.

Being a celebrity is a tough job in India because people are not just curious about your life- they want to control it too! Like Deepika is receiving hate on a recent video.

Deepika Padukone is one such A-listed celebrity who had it all in her credits-a huge list of blockbuster hits, a massive fan following, and international fame! But, it all turned against her when she failed to portray her image as the perfect ‘sanskari’ Indian woman. The moment she visited JNU and her personal chats got leaked, her image turned into the ‘Badass Maafia!’

Now, is this the first time a Bollywood celebrity has been found using drugs for whatsoever reason? Definitely not! We’ve all witnessed Sanju in theaters and sympathized with an addict because he got carried away! We accepted both the film and the star wholeheartedly and sympathized with his traumatic past. We believed in a second chance!

Several instances have come out where Bollywood celebrities have been found under the influence of alcohol or drugs. If you search for the Youtube videos of the paparazzi, you will find several actual footages or images. But, all of them got a second chance. Is it only because ‘men will be men?’

Deepika does not endorse drugs

The role of psychedelic drugs in western culture is undeniable. History tells us that some of the greatest artists and creators of the world (Bob Dylon, Jimi Hendrix, etc.) encouraged psychedelic drugs for their mind-expanding properties.

Celebrities like Rihanna, Lady Gaga, Miley Cyrus, Blake Lively, and others are popularly known as Potheads as we’ve spotted them smoking pots in public or in their videos. Even the Tesla CEO Elon Musk appeared smoking Marijuana during a live podcast interview with host Joe Rogan!

According to Alcohol and Drug Abuse Institute, ‘many people report using Marijuana to cope with anxiety, especially those with social anxiety disorder.’ Therefore, cannabis is also a recommended drug in many countries for those with a history of anxiety, depression, panic attacks, and other forms of mental disorder (even though it’s illegal in our country). Needless to say, Deepika’s history of clinical depression was never a secret, especially after her dedication towards her Mental Health Awareness organization, Live, Love, Laugh.

However, any form of addiction carries tons of personal risks (unless suggested by a medical practitioner), so it is not a recommendable option for everyone. But, unlike these Hollywood celebs or pop stars, the Chhapaak star never recommended or encouraged her fans to try them out in the first place! Her personal space has been violated brutally by the media, and she has been the victim in this case. Unfortunately, the table turned otherwise for the Paadmavat actor!

This is her personal life, let her be

But, the point is, why do we still see these hateful comments on her regular random videos?

‘Oh, she starts her day with drugs… Oh, she has lost all our respect!’

As if earning respect is the only job she has got on the personal and professional front!

How much do you know about her personal struggles? We never know about them until they become case histories like a Marilyn Monroe, and we mourn for them!

Surprisingly, most of these hateful comments happen to be coming from the female audience, her fans! It’s 2021, and we talk about uplifting each other!

It’s shocking how the fans sympathized with the girl next door when she opened up about her personal battles and depression, but those very fans forgot how she has been fighting with all those challenges like a brave queen! They keep pushing her constantly towards an edge, no matter how hard she tries to catch up with the world! Such fragile is their memory that they do not hesitate to assassinate her character every time she shows up in public space.

Why should everyone poke their noses in?

Even in 2021, the ‘fans’ are somewhat obsessed with an actor’s public image and scrutinizing their personal lives for no good reason! It’s just like peeping inside one’s home and gossiping and passing judgemental comments about a happy couple to satisfy our insecurities and failures.

Deepika Padukone is a celebrity, an entertainer who makes us smile with her positivity and vibes every time she shows up to the world! Her videos are quirky and genuinely funny, and she does it all effortlessly on screen, sometimes with her (equally funny and entertaining) husband, who compliments her! Can we stop trolling her for her personal decisions and at least enjoy her videos to get entertained?

Well, she may be a fashion influencer, but she never claimed to be a health and wellness coach or a moral police! Can we please stop projecting our insecurities on her? I believe at least her art or performances deserve a second chance, and (definitely) she owes the fans no apology for making her own adulting choices!

Haven’t you all heard the term ‘personal boundaries?’ 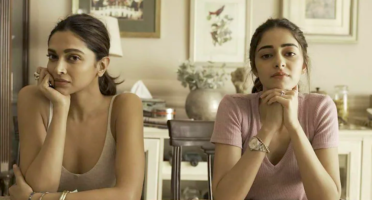 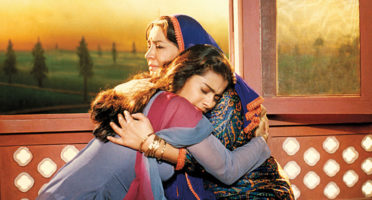 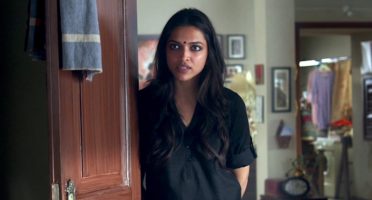