Are you dating a jerk? Be aware and make sure your relationship is a free and safe space that allows you both to grow and evolve.

Are you dating a jerk? Be aware and make sure your relationship is a free and safe space that allows you both to grow and evolve.

With my limited yet diverse experience in the field of dating, I would like to share with my gal pals some nuggets of wisdom on spotting a jerk on their radar.

Given below is the list of red flags you should never ignore, if you happen to discover them in the guy you are dating –

1. He doesn’t call/meet up because he’s busy

Now that’s the classic signature of a jerk.

In the course of your relationship, you will find yourself waiting for his calls and replies to your messages. You’ll end up experiencing a great deal of exhaustion/frustration just trying to get his attention.

Ladies, please understand, no one is too busy/ preoccupied/ overcommitted to spare a few minutes for the person they want to be with. If he doesn’t initiate a call or a conversation, you are clearly low on his priority and for sure he doesn’t give a damn. You aren’t desperate or greedy for his time as he makes it out to be, he is just not there for you.

You can’t hammer it into him to appreciate your worth. Dump him. Get a cool haircut. Move on.

2. He happens to forget his wallet way too often

So basically, if you are the one with the dough and out there kneading it for him every time, you know what he is after. As a relationship of equals, ideally, you should split your joint expenditures, but if you notice that he is frequently forgetting his wallet and never shows the inclination to pay, you might want to give it a second thought. Repeated freeloading is a sign of an unhealthy relationship. You don’t want to be in a relationship, where the guy takes no responsibility and is hanging in there only for the freebies.

To all the ladies out there, I must add that I am not against extending financial support to your companion. You are entitled to managing your expenses the way you want to and see how that fits into your relationship dynamics. But it’s definitely a cause for alarm if he looks at you more like an ATM.

3. He makes you feel that it’s always your fault

It will so happen that every time you guys are under duress, he will find a way to blame you for it.

If he forgot the car keys at the mall, it’s because you were yapping away and he lost his focus. If you can’t find a seat at the restaurant, it’s because you habitually pick out the wrong place. Or if he gets too aggressive in an argument, it’s because you provoke his anger. It will always be your fault because blaming you, absolves him of any accountability of the situation. In due course of time this will chip away at your confidence, making you second guess yourself all the time. You will always remain in a shadow of uncertainty, wondering what your next misstep will be.

4. He has a habit of mansplaining

For the initiated, this is how Wikipedia defines Mansplaining: It is a pejorative term meaning “(of a man) to comment on or explain something to a woman in a condescending, overconfident, and often inaccurate or oversimplified manner”.

If you often find him mansplaining, doing it to you or other women around him, you know it’s time to dash. A mansplainer has zero respect for your intelligence and exposure to life… he will cut you short, speak on your behalf, will break down the simplest of fundamentals and will constantly reinforce that you are incapable of making wise decisions and inadequate in your understanding of the matter. And it’s no fun being in a relationship where you are scraping through just to get your voice heard.

If it’s always about his dreams, desires, and disappointments, congratulations, you are in a relationship with a narcissist. Someone who is more interested in romancing himself rather than you.

If you are spending your time with a self-absorbed person, you will notice that even though, you start the conversation, it ends up being about them. His life will always have an extra element of drama that deserves more time and attention and for a large part of it, your emotional needs will remain unmet.

Confrontation in such cases also doesn’t really help because he will find a reason to establish why his worries and concerns are more important, because in his head, they actually are. And dude, you can’t mess around with that head full of megalomania.

6. He refuses to get photographed

This might seem like a personal preference but in the age of social media, where just about anything can go viral, Mr. Shy Boy being reluctant to get snapped may not be a mere quirk. It’s quite possible that he wishes to leave no online traces of your relationship and doesn’t want it to go public. An offshoot of this is also, him monitoring your social media account and making you take off any photos that give your relationship status away, all on the pretext of keeping your relationship private.

Having said that, I want to still add that there are multitudes of people out there who are uncomfortable with showcasing their life on social media. You may want to evaluate, if his reasons are purely ideological or he is being creepy. That’s a fine line there…you may want to tread carefully.

Be careful and watch out for the red flags

While I have mentioned above, only a few of the signs that might make you re-evaluate your relationship; your instinct will always nudge you in the right direction, if you find something amiss.

As women, we tend to judge ourselves too much for investing emotionally and expecting guys to be considerate of our feelings. We often fall for the narrative promulgated by patriarchy, that deems women as needy, hysterical or overbearing if they make emotional demands or assert themselves in a relationship. Make sure, your relationship is a free and safe space that allows you both to grow and evolve without either of you repressing your thoughts and feelings.

For my readers out there, I look forward to reading about your dating experiences in the comments below. Let me know how you dealt with the jerk in your life and found your way out of that toxic relationship.

A perennial misfit, my opinions have always been at odds with the mainstream society. So with all my WHYs & HOWs and a never-ending curiosity about the life choices we make, I started writing to read more... 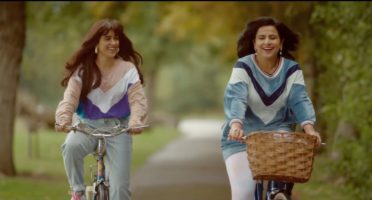 'Have A House Of Your Own' And 6 Other Life Hacks We Should Teach Our Daughters! 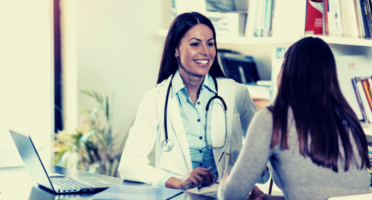 5 Essential Traits To Look For In Your Ideal Gynaecologist! 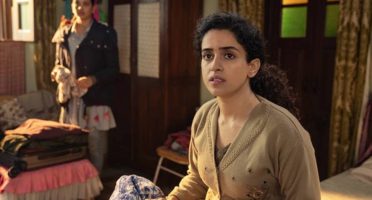 5 Confessions Of A Feminist Daughter-in-Law