What do you do when your abuser is your own husband? And you have to prove to society, time and again, that yes, it was abuse?

What do you do when your abuser is your own husband? And you have to prove to society, time and again, that yes, it was abuse?

Trigger warning: This post contains details of domestic abuse, which may be triggering to survivors or certain audiences.

In 2007, I was married to a man, who by the world’s standards, was the epitome of perfection. He was highly educated, had a high paying job in Mumbai working for a multinational corporation, and his parents were pastors who ran five churches in Chennai. Everyone who knew I was marrying this ‘perfect’ man stopped their busy lives to remind me how lucky I was that he was going to marry me.

I constantly heard how lucky I was. Some even told me they wished their own daughters would be so lucky. But no one ever told him how lucky he was that he was marrying a girl who was more educated than him, working in a bigger MNC, and had an excellent paying job.

Fast forward 9 years into the marriage – almost a decade ravaged by emotional, psychological and sexual abuse which had now stepped into physical abuse. Yet – no one saw any of that!

Anatomy of an abusive marriage

Most of all, he’s so lucky that I never said a word to my own family because that means that he now has them on his side, as well, and my children are left without cousins or aunties or uncles or even great-grandparents.

Mustering the courage to leave him was gut wrenching. Calling the police that night was one of the hardest things I’ve ever done. I naively assumed that, that would the hardest thing I’ll ever have to do.

Normalising of domestic abuse leads to mental distress in survivors

I never expected that explaining why I left an abusive man to my own family would end up draining me mentally and emotionally. The questions were incessant.

“How can you say he was abusive?”
“He doesn’t seem like someone who would have affairs!”
“He prays every morning.”
“Maybe he just got angry and lost his cool.”
“You’re making a big issue about everything!”
“How can you call it marital rape? Once you’re married, there’s nothing called rape. He’s your husband, right?”
“You never told us he was abusive – so why suddenly now? I think you’re trying to cover up your own affairs!”
“You think by leaving him you’re going to find someone better?”
“No one is going to want to marry someone who is ‘used material.’”
“You’re going to be used by men.”
“You’ll never be safe without a man in the house.”
“As if you couldn’t manage this! You act like a princess!”
“You’re putting your daughter at risk, because men will now see you and your daughter as available to rape!” (I never understood that one!)

For the first year or so, I felt that I needed to explain myself to everyone who questioned my decision. It was absolutely horrendous trying to explain why I had chosen to leave this man. Somehow it was expected that it was my duty as a wife to put up with abuse, and to stop calling it abuse. It’s not abuse if it’s your husband, right?

I began to retract into my shell. It got harder and harder for me to meet people. He was winning. He was winning even though I had chosen to leave him. He had his clutches on my mind and he wasn’t about to set me free. I was forced to meet people – people who were ‘well meaning’.

People were kind but they also said things that they thought were helpful.

“I feel really sad that you never got a man to make you happy.”
“I was very fortunate to have found a good husband, so I don’t know anything about domestic violence.”
“Are you working? Oh, the only reason I ask is, how could you not see the signs for 10 years? That’s a long time…10 years!”

Now I know that these women were well meaning, and they were all trying their hardest to be supportive. At least they thought they were. They had never encountered domestic violence in their own family, so they were unsure how to react, or what to say. This was harder for me to navigate, because I couldn’t just storm out in anger. So I would just smile and nod, letting them brew in their well meaning thoughts.

Why women stay in abusive relationships

What I wanted to say was: Sometimes, women can’t leave. It’s not that they haven’t seen the signs, but no one wants to disrupt a family dynamic because it’s a decision that impacts everyone. Sometimes it’s safer for a woman to stay in the abusive relationship than leave – because she knows her partner can’t handle rejection.

People need to understand that no one knows the husband / partner more than the woman he’s with. He can fake his nature with everyone, so they never see who he really is. But she knows.

I don’t need a man to be happy – I was happy before I was married, and I’m happier now, so I’m happy with myself and my happiness is not defined by a man.

This story may not resonate with everyone who reads it but know that there are women in your lives who are struggling to cope in their relationship. It’s not because they’re weak, but because there’s more at stake than you might ever realise. They are navigating through what is probably the hardest decision of their lives. If they have children, they have to navigate around those complexities too.

So, if you are well meaning and supportive, do not give them advice or tell them what they should have done or what you would have done. Just tell them that you’re there if they need to talk – and just listen. 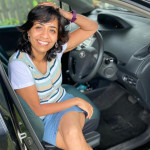 I am a 38 year old single mum of 2. I left my abusive marriage of 10 years, completely shattered mentally and physically. I published a book called Battered Faith to help with my own read more... 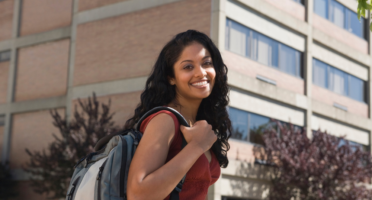 A Quick, Handy Checklist Of Info If You Want To Study Overseas 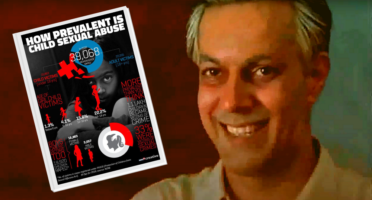 Don’t Tell The Kids To Stay Away From That Uncle; Keep That Asshole Away From Your Kids!