Someone, who is herself a child, is commonly seen walking around with babies. And it is so normal, I felt like only I could see the problems!

“Their mother ran away with her lover, leaving these girls behind.”

I looked around to see the girls who were being talked about. The oldest of them looked at me and smiled as the younger ones held on to her tightly. I went up to them and out of habit, asked their names and patted on their backs.

Most children usually crack up at this gesture. So did the younger girls. However, the oldest one confidently replied, “Suneeta.”* She looked shy and serious. I was immediately drawn to her and ended up going on a village walk, towards her house, while chatting with her.

Two years ago, Suneeta’s mother left the house. But even today, a man actually made that remark about her. On the other hand, several men here leave their wives, bring another woman home and no one is concerned. It felt disturbing.

As important as that is, I will keep that for another day. The point I want to make is more insidious for the lives of these girls.

Barely an adult, she takes care of her household

Suneeta’s father stays with them and works at their farm. She has two brothers, both of them work in the textile industry at Surat. Suneeta has never been to school and is responsible to take care of her two younger sisters.

She makes sure that they study while she stays occupied with the household chores. Being the elder one, she also does all the cooking and cleaning in the house. That morning, she had made makke ki roti and seel ri sabzi.

As we walked, she pointed at a house under construction and said proudly, “We will live here soon!” Given all the responsibilities she manages, I got curious to know her age. Suneeta is not sure of how old she is. Her neighbours guessed she would be between 13 and 17. I asked her if she ever tried to find it out with the help of her father. She giggled. 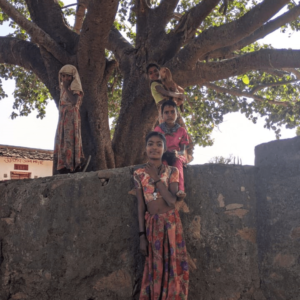 Suneeta had barely been anywhere outside her village. I asked her if she would like to come to the Gogunda bazaar with me sometime, and she jumped at the prospect.

Neither of us could really comprehend it

There are so many things I do not know about her. Has she tried going to school? Does she like to do all the work she does? If not, how does she manage to smile through it all?

But the little I learnt that day made me admire her deeply. It was obvious as I kept exclaiming, “Waah! Suneeta.” Her neighbours would giggle every time I say this. Jokes were cracked about how I will take her along with me.

The only person who did not seem to care about me being in awe of her was Suneeta herself.

One of my colleagues recently met a confident and lively young woman. This woman had learnt to thread eye brows, put on make-up, apply mehendi designs, cut and stitch fabric – all with the help of voice search on Youtube.

She had formally studied only up to 5th grade, and now takes orders for tailoring garments as well as provides salon services in her neighbourhood. My colleague was so fascinated that she couldn’t even comprehend it properly.

Is it exploitative or a special ability?

Here, in the villages of Gogunda, South Rajasthan, I see a lot of young girls who take care of their siblings. In numerous households, once the parents leave for work, the oldest child, usually a girl, takes up all the responsibilities. She doesn’t just take responsibility of the house but also of her younger brothers and sisters.

Someone, who is herself a child, barely 10-15 years old, can be commonly seen walking around with babies. It is so normalised that sometimes I feel like I’m the only one who thinks it to be exploitative. At the same time, I also feel like I can identify it as a special ability of these girls. 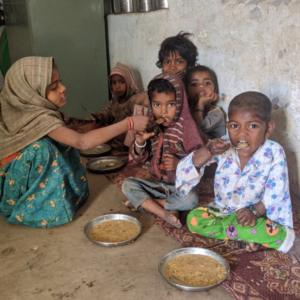 Manju*, another local girl, is currently under treatment for tuberculosis at an AMRIT clinic. She must be 15 or 16 years old and visits the clinic unaccompanied by her parents. Her aunt who is also going through the treatment goes with her.

During my conversation with them, I got to know that Manju’s aunt’s husband is an alcoholic and abusive, not just physically but also financially. He sells the ration at home to buy alcohol.

Manju realised that I was having a difficult time following her aunt’s language, and repeated it using more Hindi words so that I understood it. Her involvement in bridging the language gap between her aunt and me felt effortless. So did her ease with sensitive topics like alcoholism and domestic violence.

I don’t really understand it but I appreciate these girls

Apart from the household chores, adolescent girls here also engage in work outside, at MNREGA sites. It could be construction work or farm labour. Aajeevika Bureau engages closely with ‘Kishori Shramiks.’

A study by them in Salumber block of Udaipur district talks about the factors that push these adolescent girls into the labour market their exploitation.

Sruthi, a co-fellow recently wrote about it in her blog where she points out how the conditions post-lockdown have only worsened for the families in this region.

‘It is interesting to note that in this context of ‘Kishori Shramiks’, their entry into the labour market provides them some agency which they enjoy. Many girls find happiness in commuting to work while chatting with friends. They also like the fact that they have autonomy over spending their income, at least a part of it.’

I’m not sure what makes these girls get up every day and cook, clean, take care of their siblings. And then, step out of the house, earn money, deal with alcoholism and violence while most girls in their age are studying and playing.

However, I cannot help appreciate their ability to do it all, while also finding their bits of contentment and satisfaction in it. They are oblivious to my fascination with them and it only makes me admire them more!

About the author: Priyanshu K is an India Fellow, placed with Basic Healthcare Services (BHS) in Udaipur, Rajasthan. As a part of her fellowship, she is working on strengthening community engagement and health education, and work on better preventive and promotive behaviours with a largely underserved community. 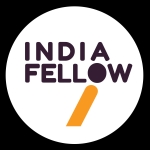