I Don’t Get Why Women Have To Change Their Surname After Marriage!

When it is the woman's parents who have made her who she is today, shouldn't she be given the choice whether or not to change her surname?

When it is the woman’s parents who have made her who she is today, shouldn’t she be given the choice whether or not to change her surname?

The surname has always been a much-debated topic, especially today since women have begun being independent and getting at par with men. But how is one’s education and independence related to their surname?

Does having the government-issued certificate with their father’s surname give her the identity of being his daughter? Or does it give them the respect they deserve for being who they are?

Our mothers changed their surnames to that of their husbands’ after their marriage without any objections. However, today it has become a topic of great debate in several households where women are questioned for their choice to not change their surname.

Is it really necessary?

Why shouldn’t a married woman be allowed to keep her father’s surname? Aren’t her parents the ones the reason she is whoever she is today?

Her husband and in-laws aren’t doing her any favours by ‘allowing’ her to work and earn. After all, many may claim that they barely have any interest in her salary or other benefits, they do enjoy the financial benefits too!

Recently, I read a post on surnames which got me thinking. The post said that in Valmiki Ramayana, Rama is primarily described as Kausalya’s son and Dashratha is introduced much later. In fact, even the suprabhata that some of us listen to in the mornings starts with the words ‘Kausalya Supraja Rama.’ Rama is basically described and identified as Kausalya’s son. Thus giving more importance to the mother’s role.

Why must only women do it?

This doesn’t mean that the father isn’t important. However, there is no evidence is any of the scripts I read that says that a woman must change her surname to that of her husband’s after marriage. I am not really sure how and when this started and why has it become a mandatory and default thing to do.

When it is the woman’s parents who have made her who she is today, shouldn’t she be given the choice whether or not to change her surname? Why must we make it into a debate and cause problems? Or can someone give me a proper and logical explanation as to why men keep their parents’ surnames but women can’t?

When people refer to the Ramayan and Mahabharata for everything, why can’t they follow the same for the situations and issues that are relevant today? 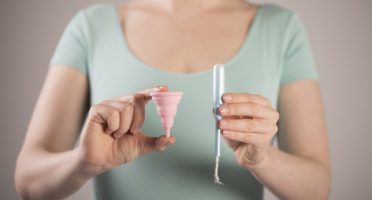