A man in Hyderabad attacked a woman for sending him to jail for harassing her. Women really aren't safe anywhere, are they?

A man in Hyderabad attacked a woman for sending him to jail for harassing her. Women really aren’t safe anywhere, are they?

According to a report in The News Minute, a 28-year-old woman was attacked with an axe by a man for sending him to jail for harassing her. The woman was standing at the gate of her own house when the accused appeared brandishing an axe in an attempt to kill her. She is currently being treated at a private hospital for her injuries.

While she tried to protect herself and the baby she was holding, the man fled the scene after being confronted by the neighbours. This entire incident was captured on CCTVs in the premises and has since gone viral.

Upon police intervention, it was revealed that the man was previously arrested for harassing the same woman and had spent some time in jail. The police also found out that the accused is a former friend of the victim and her family. However, upon noticing his disturbing behaviour towards her, they cut all ties with him. He still managed to harass the victim following which she filed a police complaint against him.

Because a ‘no’ is never enough, is it?

According to a report in Times Now, the woman had refused to be in a relationship with the accused. This allegedly infuriated the man enough to want to kill her. The police called it a ‘revenge crime’ as the accused tried to kill the woman for refusing his proposal and sending him to jail.

While this isn’t the first time an incident like this has happened, it continues to shake women to their core for merely saying ‘no.’ Revenge crimes are quite a common thing in the Indian society, especially, where men are often told not to take ‘no’ for an answer.

Since childhood, men are often told that they can have whatever they want – be it a toy or a woman. This goes on to add to their belief that women are mere objects to have. And if a woman ‘dares’ to say no to them, she is ‘made to face the repercussions’ of doing so.

Women’s autonomy is rarely ever respected

Women constantly live in the fear of taking action against a harasser because what follows is a threat to their lives and those of their family. These revenge crimes often stem out of the vengeance and a bruised ego after having been rejected. Women are often discouraged from reporting the crime fearing their safety

A lot of this mentality emerges from an ingrained sense of entitlement, which is heavily embedded in our society. It enables many abusers and harassers to believe that they have autonomy and control over a woman’s life and the decisions they make.

Then there is also the belief that when a woman says ‘no,’ it can be turned into a yes, somehow. Whether it is through emotional blackmail or constant harassment, the ‘no’ can apparently be changed. This mentality only shows the complete disregard of a woman’s decisions and rights, both of which, she is in full possession of. The belief enables men to think that they can get ‘what’ they want, regardless of whether it is an object or a human.

Can we forget how problematic pop culture is?

A lot of this can be blamed on pop culture as well. The movies and TV shows often portray how eventually a man will get a woman’s ‘approval’ if he pesters her continuously. Rather than respecting her decision, movies normalise invading a woman’s personal space and eventually ‘convince’ her of their love.

Another classic example of a man being unable to take ‘no’ for an answer is definitely Ranjhaana. Not only does it normalise stalking but it also manages to disguise it as ‘true love.’

Whether it is Shah Rukh Khan in Darr or Dhanush in Ranjhaana, stalking or being unable to handle a ‘no’ is all kinds of wrong. It is high time we stopped glorifying this mentality and taught our boys to understand and respect the word ‘no!’ Maybe, only then can we dream of a world where women are safe! 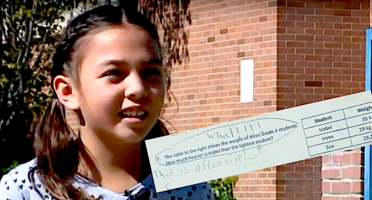