With Twice The Burden, What Happens To The Female Workforce In The Pandemic?

Even in these harsh and extraordinary circumstances, the Indian woman’s status remains as banal, ordinary, unchanged & unchallenged as ever.

Even in these harsh and extraordinary circumstances, the Indian woman’s status remains as banal, ordinary, unchanged and unchallenged as ever.

My neighbours, Harini from 201 and Arun from 209, had to go back to work during the lockdown since they work at a bank and were essential workers. On the one hand, Arun came back to a home managed by his working-from-home wife. But the on the other, Harini came back to a house she still had to primarily manage.

Of course, Arun helped his wife and Harini’s working-from-home husband also chipped in to help her. While Harini made breakfast and lunch before she left for work and made dinner when she was back, her husband did the dishes. And in the middle of the lockdown, her washing machine broke. So she would wash the clothes while her husband put them to dry and folded them.

Naturally, as is wont of most middle-class Indian children, Harini’s kids too, were domestically, quite useless. Harini had to tutor her son while Arun played with his children. He easily left the study-taking part to the wife, after all, who knows children better than a mother?

I remember, hearing Harini crying on our floor’s common area, while we could hear Arun’s wife yelling in frustration. Nothing out of the ordinary here – just a microcosm of the great gender disparity and the burden of a working woman was seen on our apartment’s 10th floor.

Their families have been used as an excuse to discourage them

Women’s families have constantly been used to discourage them from working for ages now. But the pandemic has only exacerbated this condition.

‘So, is marriage on the cards?’ or ‘So, when do you see yourself starting a family?’ these are the most commonly asked questions at job interviews. Most of the women I know have well-rehearsed answers to these HR questions and euphemisms?

Naturally, a married and the paid ‘downtime’ she would incur on the company with her pregnancy is one of the ‘pertinent’ considerations for the company.  At the same time, the ambiguity of whether a single woman will continue to work post-marriage or end up being a futile investment who’d quit at her husband’s behest is something else they consider.

This is usual, this is regular but this is also pre-2020. It is from when the world was much simpler with simpler discriminations where a woman’s family was seen as something that dragged down her productivity.

The discrimination is much more complex now

In a post-COVID world, this discrimination becomes complex with working from home, schooling the kids at home and taking care of the elders at home. All this becomes a barrier for a working woman in order to keep her job. It is because, in a man’s world, women were never meant to go work and earn an income.

Women’s participation in the modern workforce happened because of historical compulsions and convenient exploitations. In Europe and America, women were cheap labour force during the industrial revolution. And then, they made up for the absentee male workforce during the world wars.

As for the Indian women, the ascent to having a career from merely holding jobs or acting as a complimentary wage-earner was slow and full of struggles. Technology advancement and government policies encouraging educating girl children brought an astonishing number of women to the workforce and helped them stay there.

However, merely being on the payroll has not achieved equal status for women at work or even (especially) at home. Women go to work after finishing cooking for their families, helping children with studies, managing the household and much more. Meanwhile, men are predominantly absent from these house duties.

Their status is the same as ever

While at work, occasionally, they were still ninja-managing emergencies at home. But with the pandemic, the burden (yes, it is a burden without much help) of household chores has become a constant. There is no respite from it as children and other family members themselves are forced to stay at home.

Irrespective of whether a woman has to go to work or work from home the family responsibilities loom large. Especially without the traditional support of a school system, domestic help, elderly care homes or even helpful neighbours. Now, a working woman has to be available all the time for her employer and her family, simultaneously.

The domestic burden of a woman stretches back to the creation of time itself, it is the white noise to which no one pays any heed. Even in these harsh and extraordinary circumstances, the Indian woman’s status remains as banal, ordinary, unchanged and unchallenged as ever.

Women seem to be a liability now

Many husbands did help their wives as domestic helpers had become unavailable owing to the lockdown. However, these men did not consider themselves as the ones who should discharge house duties on their own accord, ability and capacity. Instead, housework was something wives delegated.

The myth of maintaining domestic bliss still rested on her shoulders. And the luxury of going to work and giving her undivided attention to it knowing her family is being taken care of is almost obsolete now.

When an employer asks about marriage or childbirth, it is to ask how long a woman will be able to keep the seat warm before the rightful male occupies it. In an employer’s world, the female labour force is a stopgap. But if women are not able to do the one job-keep the seat warm­-assigned to them, then what use are they anymore?

Under the present circumstances of a pandemic, a woman who can’t completely dedicate herself to work even those eight or nine hours is a liability to an employer. Though as a woman, if I were an employer, I wouldn’t want to employ Harini for whom the separation between family and work doesn’t exist anymore. (This is a strictly personal view. Your view about this may differ.)

Narayan Murthy said it while the UP government tried to do it – make working hours longer to help the economy limp back after the covid-lockdown. As long as we are in a capitalist system, no matter how many labour activists try to fight it, long work hours will become a reality given the circumstances.

And in a situation compounded by lost jobs and salary cuts, employees will be willing to work long hours to meet their bare minimum sustenance. Meanwhile, employers would only be too willing to cut all possible corners.

Women may end up being the low-hanging fruit the employers will go for – the easiest corner to cut. A working woman’s natural right to maternity leave or security during long work hours late in the night will seem untenable to the employers with less disposable money.

I just hope we find our way!

This is nothing but making a working woman take the blame for being a woman and wanting to work. And this may set the clock back many decades on female labour participation.

Our economic system is under no obligation to help women assert their identity outside of the family through work. If at all, it is designed to get maximum returns from an employee. In such a situation a female employee whose family occupies her emotional, physical and creative energy to near depletion is unprofitable.

To argue the demerits of soul-destroying work system is beyond the scope of this article. But men and women never had the same access to be part of this system, and the pandemic has heavily stacked the deck against women.

Policies, stronger women unions, more balanced functioning of the family will all set the path right for women in the coming decades. But for now, women in the present are groping in the dark, and let us hope we find our way. 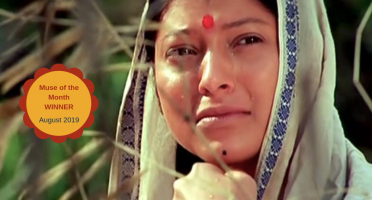 I'm More Than My Famous Husband's Shadow, I'm Myself, With A Mind 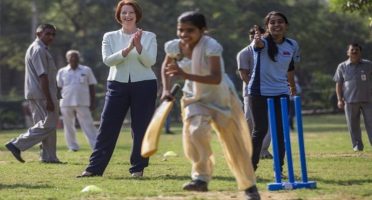 The Interesting Relationship Between Women And Sports