Taking A Maternity Leave Was The Turning Point That Helped Me Build My Career!

Career and motherhood don't always go hand-in-hand. But I have a different take, motherhood helped me grow my career!

Career and motherhood don’t always go hand-in-hand. But I have a different take, motherhood helped me grow my career!

Do you think having a child and becoming a mother brings your career opportunities down?

Let us step back and think on this point again. This has been the unspoken fear every millennial woman has in her mind at some level. And I have seen it happen with women who are passionate and focused on building their careers. These are women who want to establish themselves as strong, independent women who are known for their skills. For them, growth is usually always to be financially independent, make a mark and travel the world.

Having a support system is incredibly important to keep the child healthy and safe when they decide to work. The fear of losing their job, post-maternity or taking a break when their career is growing is a true setback as well. Post-maternity job opportunities depend on how the manager or company treats it.

Here’s my journey as a career-oriented single-mother

Now let me share my journey of being a mother and working too.

I began working because I didn’t want to get married before I became financially independent. This was in 2004 when the call centre jobs were booming! Everyone who was a graduate and wanted to make a quick buck jumped into the fad.

However, my idea was to get into the role of an HR person and after a three-month struggle as a fresher, I finally got my first job in the Hotel industry as an HR trainee. Later, in 2005, I joined IBM as a contractor in the HR team and since then, I have played various roles in the company.

One year into my marriage, in conceived in 2008 and the maternity policy only stated three months leave. So I planned to work until the very last day and make a handover so the business wasn’t affected. And I worked until the day my water broke and I was hospitalised for my delivery.

I was independent and happy despite the challenges

Yes, it wasn’t easy but it kept me independent and happy. Once I was back to work, I consciously moved into a challenging role without any compromise. It was a shift for me but I took up a role in the Core IT business domain. I worked for a tenured UK client, travelled the UK extensively and even managed a team of more than 40 members. The shift from HR to IT delivery was difficult but not impossible to manage.

Yes, I had to leave my four-month-old baby and spend long hours at the office to learn more about the new domain and I had limited guidance. At the same time, I had to balance my shift with the physical, emotional and mental changes with a demanding job. Doing Oncalls, working late night for technical issues while feeding my four-month-old wasn’t easy at all.

As a woman, let’s not underplay the fact that your male colleagues will test your insights and challenge you in various areas. From boardrooms to the race to be the best, you will face difficulties at every step.

But today, when I look back, I see my maternity as the turning point in my life. It was only post-maternity that I took up the most challenging roles that changed my profile from HR to core IT services. I took up roles and carved my growth in areas that women often don’t think of taking up. And I even got to travel internationally on business when my son was nine months old. As a single mother, all this only added the pressure to drive sustenance and balance.

It was the support that helped me

Change is inevitable and life put me on a path of a new adventure of being a single mother. I became my own competition. There were a few things that worked for me to help me balance my work-life and motherhood. Here are some of them.

Clearly planning my finances and my career path while discussing it with my managers and mentors. Having a clear growth mindset and the willingness to learn new domains and taking the calculated risk in changing the roles.

I created a sustainable support system for myself and my child. And I also took some individual contributor and back-end roles for a few years. I was constantly upskilling myself with relevant learnings and technologies to make up for the gap.

At the same time, I had immense support from my family, my friends and my mentors. I built on this and changed successfully, winning awards and accolades for all my efforts. So from working in the HR department to being a Global Enablement Leader, mine is an unconventional journey, rather than a struggle.

Here’s some food for thought!

Why delay the natural process of life,
Certain blessings must never be questioned.
As women, this is our pride – to give birth
to a new generation of young achievers.

Be the example to nurture
the next generation of leaders
Let nature take over and transform you,
never resist having a child for a career. 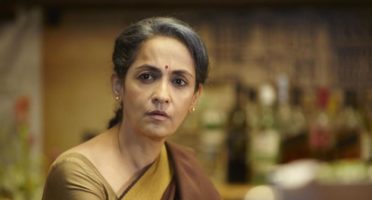 Yes, I Am A Single Mom, And I'm Not Sorry Or Ashamed Of It!