In a country where asexuality is still looked at as a 'joke,' being a married asexual woman in incredibly tough as these women tell us.

In a country where asexuality is still looked at as a ‘joke,’ being a married asexual woman in incredibly tough as these women tell us.

Trigger warning: This post contains details of sexual assault and marital rape that may be triggering to survivors.

Our nation is still far behind in the race to create a society that equally represents and accepts people of all genders and sexual orientations. However, quite often, it is the asexuals, especially married asexual women who are still fighting to start the race. Most married asexual women face emotional and mental abuse from their spouses and in-laws and some times, even from their own families.

The experience wasn’t very different for 27-year-old Niranjana, from a mid-sized town in Kerala. She was aware of her asexual nature since she was in school and never had any problems with it until she was married.

Like most women, she wasn’t aromantic (without romantic feelings), but she was simply an asexual. Her husband, a techie from an affluent family and Niranjana shifted to their own apartment after their marriage and lived on their own.

‘He was gentle in the beginning,’ Niranjana said as he gave her some time and space to settle down. But this gentleness didn’t last too long as he started to force her into having a physical relationship with him.

Soon he started to pressure her into it

She had already told him about her lack of physical attraction before they got married and had asked him to be her romantic companion instead. He had readily agreed to it.

As the pressure to have a sexual relationship grew, she told him about her asexuality and he simply laughed at her claiming there are no such people. He further threatened her by filing for a divorce and a civil suit for cheating if she didn’t allow him to have a physical relationship.

Moreover, whenever any of their relatives or his parents asked about having a baby, he would avoid the questions or redirect them towards her. This caused a lot of public shame for her.

The relationship became sour and she finally had to comply with his demands of a mutual divorce, which was against her wishes. She said, ‘I wanted a partner with whom I can be romantic beyond the physical demands. And I thought he would understand me and stand by my side. But now I don’t feel so bad since he was only looking at my physical parts and was blind to my intellect and mental beauty. Being asexual is not a crime. You don’t have to have sex with someone just to love them.’

While Niranjana faced this harsh reality of being asexual, another woman, Ammu* had to face a much worse ordeal.

Ammu wasn’t aware of her orientation since she had never had any relationship while she was studying. Right after college, her parents got her married to a man who worked in Dubai.

She only discovered her asexuality on the first day of her marriage. When she tried to express her concern about this to her husband, he didn’t bother listening to her. She tried resisting for a few days but within two weeks, he had overpowered her and forced himself upon her. Since marital rape is still not criminalised in India, she was unable to express her concerns to her family.

‘He wasn’t ready to accept my sexuality and tried to emotionally abuse me. In fact, he told me I was rejecting him since his physical features weren’t great like those of models. But I wasn’t a model, either. The proximity of a naked male body actually frightened me,’ Ammu explained.

One of his assaults got her pregnant, meanwhile, he had to leave for Dubai to go back to work. This came as a relief for her. While he was with her, he was a great husband for 23 hours but the one hour or so when he forced himself upon her was like hell for her! Soon, she got pregnant due to his repeated assault and she hoped that the pregnancy would stop her husband from making such unwelcome moves on her.

However, all her hope was in vain, for every time he visited her during his vacations, he would repeat the same assault on her and it seemed never-ending. He would make fun of her asexuality and denied the existence of such orientation, which is a common effect of patriarchy.

Finally, when it got out of hand, she left him and went to her parents’ house. It took her four long years to muster up the courage to leave her husband.

‘Yes, I am an asexual woman. And I do deserve a marital relationship where I am respected. Where my needs are taken care of and my orientation isn’t questioned. Even the law is against us asexuals. Sticking to your orientation can be detrimental to you in front of the law.

They deserve a place in the world too, don’t they?

‘There are a number of women who face the same things that I did. Matrimonial laws need to accommodate asexual people too and the concept that matrimonial relationships are only based on a physical relationship needs to change,’ says Ammu.

The voice of Ammu is not only hers but that of a large number of women who face the same cruelty every day. These are the women who are raped and sexually abused on a regular basis in their own bedrooms by their husbands or romantic partners.

A woman can experience a decreased libido or an aversion to sex at any point in time even if not truly asexual. There is no excuse to violate her emotions or feelings. Society had to move forward and think about the protection we provide these women trapped in marriages. Married asexual women are one of the most vulnerable groups in the country.

Everyone deserves a place in the world and they should never be forced to sacrifice something, especially their marital life simply because of their sexual oritentation.

Writers note: Some names have been changed to maintain the privacy of the individuals 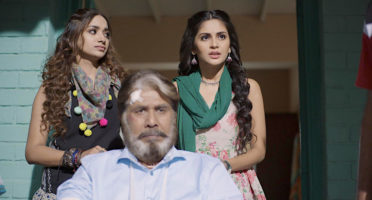 The 'Special' Treatment That Women Get Is Simply Equality They Deserve!