Marital rape is still not a criminal offence in India and a number of women suffer due to it. DOn't you think it's time it was criminalised?

Marital rape is still not a criminal offence in India and a number of women suffer due to it. Don’t you think it’s time it was criminalised?

Criminalising Marital Rape in India is imperative. What is marital rape? Simply put, it is a husband raping his wife. The husbands are protected by the law as it doesn’t hold them liable for punishment for the act.

It gives married women a cold shoulder when it comes to sexual assault against them, thus, worsening their plight. The women are ultimately forced to give in and endure the pain.

In this article, I want to stress on the constitutional aspect of marital rape and why we need to criminalise it.

What is considered rape according to the IPC?

Under Section 375 of the Indian Penal Code (IPC), marital rape isn’t a punishable offence. According to Section 375, a man is said to have committed rape if he has had sexual intercourse with a woman under circumstances falling under any of the six following de­scriptions:—

However, the exception to the rule is that a man having sexual intercourse with his wife who is over the age of 15 is not considered rape. It is this exception that brews most controversies.

It doesn’t hold the husband accountable

Firstly, why is the age of the wife considered under 15 years? Isn’t that child marriage? But wait, child marriage is illegal and still performed in our country! Secondly, this compromises the Right to Equality which is a fundamental right held by every citizen of the country.

The Right to Equality empowers the State to make special provision for women and children. And it also prohibits the State from discrimination against any citizen on the grounds of religion, race, caste, sex or place of birth.

Let me give you an example- A family forces a 17-year-old girl to marry a 25-year-old man against her will. The husband rapes the woman. In this situation, she approaches the court for justice. Sadly, her request is ruled out by claiming the husband is punishable and charged with rape only when his wife is less than 15 years of age.

However, 18 is the legal age of marriage in India for women. So the husband shall be punished under the Child Marriage Restraint Act, but definitely spared the rape charges.

They ignore the demographic of entire wives in India for providing justice as per section 376. In such cases, the husbands become more arrogant, harassing women even more after she files a case.

“Intercourse without consent,” is rape. If the wife denies consent or the husband forces her, he still won’t be held accountable as a criminal under Section 375.

No is always no

If a person has sex with a woman against her will and without her consent, it is considered as rape. Sexual consent is the willful agreement and expressed mutual consent to have sex with the partner.

Now, this doesn’t mean if you have been with someone earlier you have to accept having sex every time. You own the power of acceptance or denial of engaging in sexual activity. Expressing consent is essential every time you get in physical contact with the person.

No always means No. Silence does not convey your will, neither do the clothes you wear. You ask for it, by actually asking for it. It is of extreme significance for both the partners to be precise about this aspect. Forcing is not consent. Assuming is not consent.

We constantly hear things like, ‘He forced her to have sex with him.’ Or people threatening to harm the woman or her family if she refuses the person’s advances to having intercourse.

We also heard of men who had intercourse with women under the pretext of marrying them only to leave them after satiating their own needs. Another thing that is done is drugging women before ‘asking’ their consent and taking their silence as a ‘yes.’ Having ‘consensual’ sex with their a girl under the age of 18 is still considered rape under the law.

According to the law, all of these are examples of rape. Forcing someone either by drugging or threatening them is not consent. However, if a husband forcibly has intercourse with his wife or drugs her in order to do so, it isn’t considered rap by the law, unless the wife is under 15 years of age. Does the law think married women can withstand rape?

Why does consent matter?

Section 90 of the IPC says “consent is not such a consent as is intended by any section of this Code if the consent is given by a person under fear of injury or under a misconception of fact. And if the person doing the act knows, or has reason to believe, that the consent was given in consequence of such fear or misconception. Or Consent of an insane person if the consent is given by a person who, from unsoundness of mind, or intoxication, is unable to understand the nature and consequence of that to which he gives his consent.

Consent of child unless the contrary appears from the context if the consent is given by a person who is under twelve years of age. Women denying to have sex with her husband because of male dominance, if the partners force his wife against her will, is not considered as Consent.”

Section 375 includes against her will without her consent punishable as rape.

Crimes against women have increased by 16 percent since the implementation of the Nirbhaya Act in 2013. There were a total of 4,05,861 cases of crime against women, registered in 2019. The number reveals a 7.3 percent increase over the last years where the number of registered cases was 3,78,236.

After new provisions were being introduced under the Nirbhaya Act, there was a spike in cases registered. The continuous escalation of registered cases also reveals the other side of the story, implying no transformation in society despite the existence of a vigorous law. Considering negligence as an aspect, there are abundant cases that go unseen because of failure or fear of women acquainted with the law.

Sympathy isn’t the need of the hour, the action is!

In our society, men dominate women, castigate them, and stop them from claiming equality. The dominance of one person, caste, religion, gender, race is condemned, but reality echoes the opposite of all these.
We consider women sacred, in India. However, respect and devotion of this sanctity are only confined to the temples.

We worship the goddess to protect us from evils,
And make the daughters plead for mercy from sinister masked humans.

We accuse women who wear clothes of their choice for the endurance of horrible incidents.
But breakdown when women at our homes suffer the same plight.

You can force your daughters to cover her body,
But who is going to change the demon mindsets with malicious intents?

You become tight-lipped when your daughters confess about sexual violence,
But moan for justice when she gives up on her life.

You shut doors on women who beg for help,
But except someone to help your daughter.

For as long as Patriarchy prevails, Equality departs.

The problem is with the societal mindset and families of women telling them, ‘he’s your husband! You should adjust.’

We need to stop telling women to adjust. It’s time we took action and joined hands in criminalising marital rape in our country! 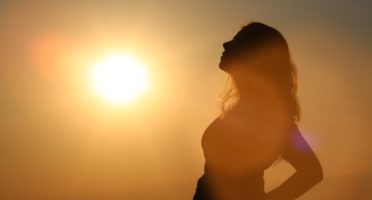