The ‘Special’ Treatment That Women Get Is Simply Equality They Deserve!

In every aspect of life, almost everything is designed keeping men in mind. Why do men complain when women get the rights they deserve?

In every aspect of life, almost everything is designed keeping men in mind. Why do men complain when women get the rights they deserve?

It is a known fact that in terms of getting equal representation and development, Indian women mostly struggle harder than anyone else. Whenever there are new women-centric laws passed as a consolation for these hardships, the misogynistic men’s rights activists mock. In fact, they even oppose it by using the words ‘gender equality.’

This has been the latest trend. Whether it is about alimony or the maintenance of an estranged wife or travel concessions in public transport, wider division of sexual assault or fee concessions – these ‘activists’ start mocking and create a big fuss on social media citing gender equality.

First of all, let us look into this context with a utopian assumption that all men are good and women are not facing any sexual violence. Now let’s look at the current world. You will be shocked to see how biased this human world is. The world is mostly made to suit the comfort of the patriarchal society and its misogynistic men.

Almost everything is made for men!

Let’s take a look at the material things around us.

From the moment we wake up we can see the bias. The toothbrush is designed to fit in an average man’s hand as is the bathing bar. In fact, even the height of the sinks, towel hangers, the shower pods are made with men in mind. The discrimination starts right from our bathrooms.

Actually, the same applies even to the height of chairs, tables, switchboards – all except the kitchen stove, which is designed solely for women! If you look at the height of the holder of an electric bulb, that is also designed in a way that men can easily access but an average Indian woman can’t.

When you think of public transport, the design of buses seems to be the most misogynistic. Right from the step to board the bus to the gripping rod that is almost on top of the roof isn’t really accessible to an average Indian woman. This list is endless.

The main issue isn’t really the height. If you’ve ever driven any basic car, you must’ve realised this too. Right from the steering wheel to the seat height to the stiffness of the clutch, all are designed for a man. Except, I believe, the Honda Activa.

This discrimination is absolutely everywhere

However, this discrimination doesn’t just end here. In an office, it often starts at the workspace – the ergonomics of the keyboard and the computer are made such that they suit men. The supercooled air-conditioners are meant to suit men’s comfort levels. In fact, even the colours of the walls and partitions are meant to make men comfortable.

I am sure we can very easily find other such examples all around us, every single day, in every aspect of life.

In a nutshell, the furniture, vehicles, transportation, environment and other materialistic things a woman goes through every day are designed for an average male. Women are used to the hardships and adapted to them however, it still hurts in every single situation.

None of this is because men are the pioneers in all these developments. In fact, they have completely excluded and been unsure of women sharing these spaces with them.

These hardships are NOT ‘normal’

An average woman has to go through these hardships every day to make it feel normal. The point is – even when the world seems normal even with equal opportunities for men and women, the basic design of the world denies equality to women. Thus, all the women-centric laws and judgements are only small compensation for all the inequality that is deeply rooted in our system.

A woman getting her husbands property as alimony is fine. Separated women using maintenance for their comfort and luxury is perfectly okay. Women riding for free in metros and public transports are perfectly normal. In fact, I believe, women being treated specially is a social necessity.

Have you ever seen a 400-meter race? Sprinters start at different locations to compensate for the overall distance they have to run. It is the same with women as well. Patriarchy forces women to run on the outermost track and the men are at the innermost track.

Unfortunately, all the men’s right misogynistic activists try to project this as discrimination against men. Men who have been discriminating against women in every aspect of life for centuries now!

Yes, this may be special treatment for women but that is equity that women and especially women in India deserve! 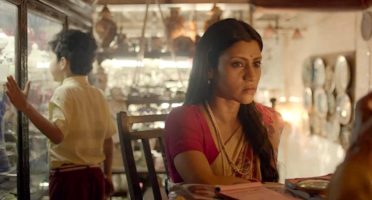