I Learnt That The Key To Forgiveness Is To Do It For My Own Good!

Forgiveness is an act that saves you from feelings of hurt and anger. It liberates you from the control of that situation.

Growing up in the traditional Indian culture, the idea of linking acceptance of events and people in life is often directly related to the act of forgiveness. Now am sure forgiveness is a global phenomenon that transcends genders and cultures. But being in amidst women led by traditions and taboos, my perspective is definitely skewed.

I have in my brief decades on earth, have seen, interacted and been attached to women and girls who have seen rather unfair chapters in their lives. And they have done a lot of work on themselves, risen past the events and evolved into stronger versions of themselves.

However, this journey always halts at the station of forgiveness. As if the last step to completely close a chapter lies in this one rather un-doable aspect.

It will only help you from getting hurt

Someone who has seen unfairness meted out to them or has experienced immense trauma has to put in a lot of work to rise from it. And despite that, they still need to deal with the last stop of forgiveness. The same holds true for someone who has seen a lot of darkness for no fault of theirs.

Forgiveness is an act that saves you from feelings of hurt and anger. As my mother always says, it liberates you from the control of that situation. You should forgive and move on.

I do believe that we shouldn’t just forgive people because they are older than us or because we have no intention of stooping to their level. Or even simply because we need to as women save relationships come what may. But where I agree with my mother is only the fact that forgiveness is for ourselves, not because it will make another person feel better.

I have been privy to this rather unfathomable act of forgiveness and have seen my mother, some friends and some close relations do this. And I always wondered how they could forgive a person when that person has no intention of admitting to everything they put you through. It is like forgiving a wall. Why? Because a wall has no feelings or remorse for having blocked your path.

I finally learnt the key to forgiveness

I learnt the key to forgiveness quite later. It happened when some situations demanded that I face my own demons. The ultimate truth lay in forgiving the situation, the people and most importantly myself.

It is no charity when we forgive, in fact, it opens doors to finally leaving an event in life behind us. All the hard work we put in on ourselves culminates in ending the chapter, once and for all.

It is basically like cleaning the house before Diwali, removing all the dirt and cobwebs and making way for light. The way Diwali cleaning is strenuous, the same way, forgiveness is strenuous too and we do it to finally see light at the end of the tunnel.

I believe it is important to forgive people. It isn’t to make anyone but ourselves feel comfortable. And to release chapters and people from our lives who don’t serve any purpose anymore. It helps you release parts of yourself that no longer serve you.

While the Indian values have made us believe that forgiving makes you the bigger person and joins people, we need to forgive people for our own selves first.

For indeed, there is freedom in forgiveness. 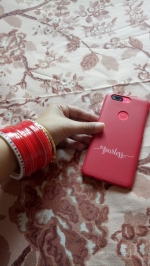 Forgive Yourself And People, For It’ll Help You Fly… And Sleep!

This New Year Let Go Of Old Hurts And Grievances: Let This Be Your Best Year Ever