Just because I did not want to spend years fighting for alimony despite being a single mom now, I was told I should, as my “life was over”!

Divorce is not just considered a stigma in our so called cultured nation but the word in itself is pronounced with utmost hush hush. “Shhh… she’s a divorcee.”

When I went through this life-changing experience about half a decade ago, things and people around me began to suddenly show me their true colours.

When I contacted the first lady lawyer whose reference I had received from an acquaintance, she heard my case in an open meeting room in the court where several other such meetings were being held between lawyers and clients.

I’m sure for lawyers, it’s their regular bread and butter but for my parents and I – it was like washing dirty linen in public. The desks were so close to each other, that I remembered points to tell my lawyer from the case I could overhear from the next table. The least a sensible lawyer could do is to have at least the first meeting in a private place. (Not stating a generalised opinion about lawyers, read on!)

In our conversation, I was firm about what I wanted – just the divorce. Yet, my lawyer was firm about what she wanted to convince me – we will fight for alimony. This was just not on my mind because I only wanted mental peace for myself and my family. I didn’t want to spend years fighting for a separation. I was 31 and what I was told by this LADY lawyer was, “Listen, right now… sorry to say this, but you’re life is done. You should be fighting for the alimony for your daughter. Think about her life and education expenses.”

Seriously? My life was done? At 31? An educated woman of about 45 years of age was telling me that going forward I was only a mother and that was the end of my existence.

To my rescue (and I’m glad I sought another rescue) came another lady lawyer who seemed more sorted about her perceptions about life and respected what I wanted, rather than plotting in her head how many years she could drag the case and derive money out of it. The saviour not just helped me get what I wanted but also convinced my ex spouse about how less ugly and fast-track a mutually agreed case could be.

During this time, I also underwent various weird preachings from a few relatives. An aunt who I grew up thinking had the most broad outlook on life in my family, ended up advising me not to opt for a divorce. To many it wasn’t important that I had lost love and respect in my relationship due to various reasons – “Love and all are all fairytales. It happens only in movies.”

My parents however, did stand by my side. Their reasons may be different but I’m glad I didn’t get to hear weird perceptions from them about my decision.

I am happier now

Compatibility is important. It’s so required that we don’t raise our children with wrong notions about marriage and divorce. I didn’t deal with depression post my separation because I had reached the divorce stage for the right reason. As a result, my daughter has never seen me unhappy about it – that was primarily the reason – I didn’t want my child to grow up with depressed parents dragging a dead relationship under the pretext of marriage.

I got remarried at 34 and I do have a life. I am more than just a mother or a wife or a daughter. Age is just a number, right? Don’t let anyone else convince you of anything otherwise. It’s probably their own story – some don’t like to see someone else writing a better story than theirs! 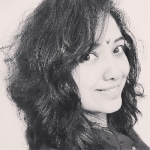 “I Felt Helpless, But Am Standing Strong” Share Single Women In The Pandemic