Mentality of men in Indian society has reached a new low with many disgruntled cricket fans giving MS Dhoni’s 5-year-old daughter rape threats because her father is not playing well enough.

Cricket is one game that unites our entire country. Fans go crazy for their favourite teams and their favourite cricketers. It’s very common for angry fans to lash out on the crickets and blame them for match-fixing if they lose a match.

But one more thing that has become very common with the advent of social media is giving violent threats to a cricketer’s wife or girlfriend if he doesn’t perform well.

In a recent disturbing incident, our society has stooped down to its utmost low.

Rape Threat To Virat’s 10 Mnth Old By A 23y.o. IIT Graduate Is A Symptom Of A Huge Rot In Society From Trisha To Gurmehar Kaur: Why Rape Threats Are Our Favourite Way Of Shutting Women Down 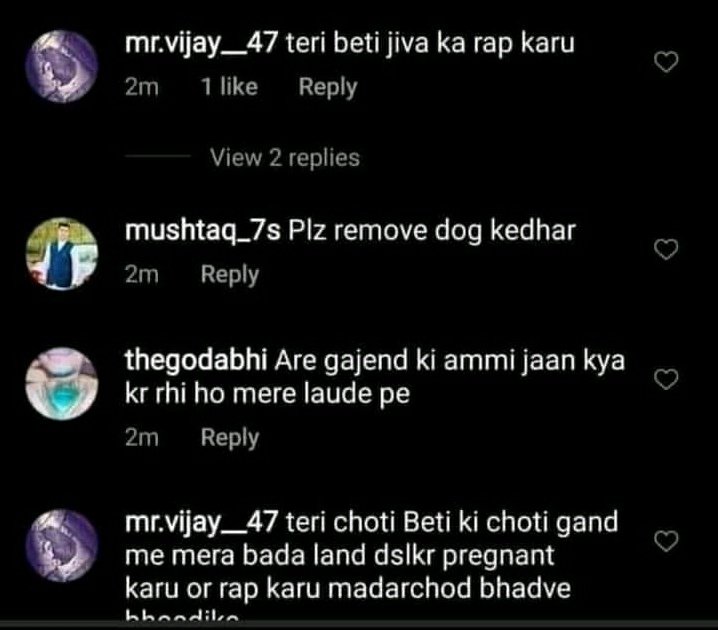 I can’t stress this enough. Trolls gave rape threats to a 5 year old girl because her father did not perform well in a few matches!

This is not just sickening but is also a mirror to the toxic masculinity and rape culture that breeds in our society. Something that makes it very easy for 40-year-old men to send out casual rape threats to a 5-year-old kid. A mentality that makes men think that abusing women is the only way of venting out anger and frustration.

Thankfully the internet did not take this lightly

After MSD’s Instagram comment section was filled with such disgusting comments several users on Twitters condemned the incident.

A cricket player’s 5 yr old getting rape threats shows what we have become. Or were we always this; and social media is now exposing these people? Unless the Govt and Police take cyber crime seriously we are all unsafe. But then where does the Govt have the time for this?

Do people realize what shithole we have become? Can you even imagine where we are heading as a country?

Why is it so easy to send out rape threats?

According to recent data provided by the NCRB, an average of 87 rape cases were reported in India per day in 2019. Note the word ‘reported’. The real numbers can easily be much bigger, given the abysmal rates of reporting rape in a country that stigmatises the survivor, not the perpetrator.

In our so-called modern world, even today shamefully, sexual violence is often considered a way to avenge any kind of insult or injury. This notion leads to women being treated as ‘property’ and their ‘sexual purity’ being held synonymous with the family/clan ‘honour’ and most cases self-honour as a woman. This is the very reason that behind anonymous tags trolls have been shamelessly sending out rape threats to vent their anger. There is no curbing to stop them, they cannot be identified, and the very reason that they feel that raping a woman is right is what gives them the courage to type such horrifying messages.

What can be done?

On a platform level to curb cyberbullying, social media platforms can take proactive measures and zero-tolerance against online sexual harassment and abuse. Accounts doing so should be completely taken down.

Platforms should work to make the internet a safe space, representative of equality and opportunity, and not one filled with sexual predators. One where women shouldn’t feel unsafe just looking at their screens.

Secondly, real-life actions and arrests should be hassle-free. Finally, a mindset change has to be bought. It’s high time we teach our boys to respect women rather than try to abuse them.

Rape is a heinous crime. And to use it to threaten someone or to show your anger just shows the deep-rooted patriarchal mindset of society. Something which believes in harming the ‘woman’ of the family to take revenge from someone.

This incident is not just sick and disturbing it’s also a mirror to our society. On how we are raising our men! 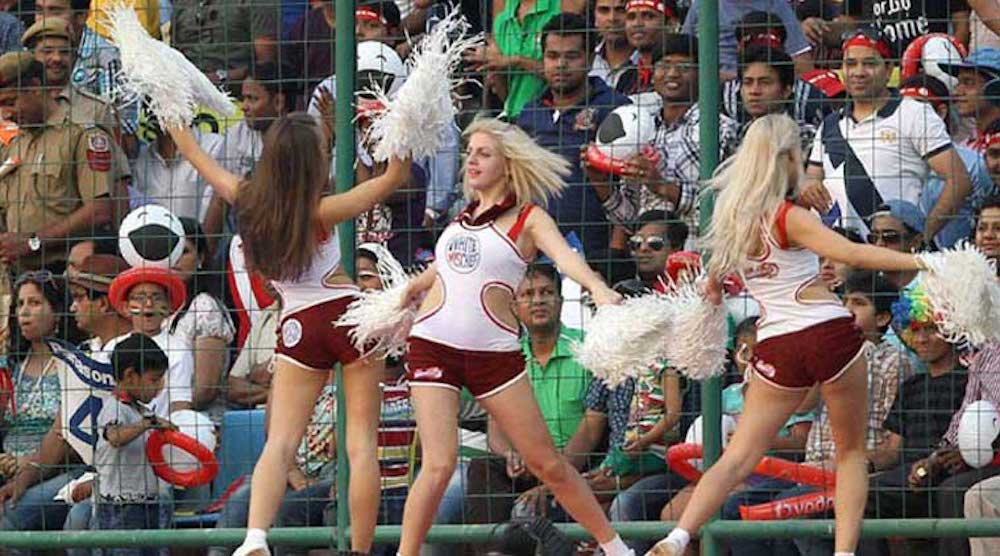 In an IPL T-20 cricket match — every time a male player hits a boundary or takes a wicket, skimpily clad women in his team colours, dance on a specially built stage in the stadium. These are the cheerleaders for IPL.

IPL is the Indian Premiere League, a T-20 tournament that claims to represent Indian Cities and states. But there is nothing cricket about the cheerleaders. Not their dresses, not the dance moves. Most are foreigners, most are white. But it is not their race or colour or dress that’s an issue. To me they are simply women, and they are on display in that cricket stadium. And I have wondered from day one, why are they even there?

Why do we need hate? Why does the prospect of punishing someone without the judiciary click with so many people? Let's look inside ourselves.

Why do we need hate? Why does the prospect of punishing someone without the judiciary click with so many people? Let’s look inside ourselves.

The times we live in today, sees an enormous amount of social media influence on a common person’s perceptions. There are also diverse ways in which people can choose to influence others. I mean, the term “social media influencers” has never before even existed. The influence could be good or bad, which we would discuss towards the end of the article. Right now, let’s leave it at that.

*Trigger alert: Contains discussion about mental health issues and violence against women, and may be triggering to survivors.