Does Ram Deserve Sita’s Love As An Inconsiderate Husband While Being A Good King?

Sita's voice comes across in Chitra Banerjee Divakaruni's The Forest of Enchantments, and asks - Sita's love for Ram was all encompassing, so why did she come only second for him?

Sita’s voice comes across in Chitra Banerjee Divakaruni’s The Forest of Enchantments, and asks – Sita’s love for Ram was all encompassing, so why did she come only second for him?

Although Ram vowed to never marry again, and have Sita as his only consort, he seemed to weaponize it throughout their lives to subject her to all kinds of misery.

Chitra Banerjee Divarakuni’s book The Forest of Enchantments is a powerful retelling of the Ramayana through the prism of Sita’s mind. Tracing Sita’s journey from girlhood to adulthood, it chronicles her trials and tribulations, her achievements and upheavals, her undying love for Ram and her unshakable loyalty towards people she held dear. It challenges our perception of Sita, the docile, almost subservient wife of Ram. For, in this book, we see Sita as the fearless warrior she actually was!

Found abandoned in a maze field in the kingdom of Mithila, Baby Sita was raised by King Janak and Queen Sunaina, with utmost love and devotion. Janak and Sunaina, who had been childless for many years until they found Sita, raised her as their own.

But, Sita was no ordinary child. She had miraculous healing abilities. Wilted flowers vibrated with life and bloomed in full gusto at her mere touch. Sick, ailing people recovered as she caressed them. Needless to say, people came to her from far and wide to be cured of their illnesses.

From a very young age, forests had an unusual, almost magnetic hold over Sita, beckoning her to venture into their captivating darkness. Little did she know that she would be spending most of her adult life as a woman of the forest!

Ram, the man she married

But, this book is not just about Sita’s capabilities or what she loved. It thoroughly details the pain she endured as a wife of a man for whom dharma and being righteous superseded everything else. Ram, although a loving husband, was always a king first. His unwavering sense of duty transcended all worldly pleasures, including his love for his wife.

In fact, Chitra’s portrayal of Ram in this book makes you question his love for his wife. Although he vowed to never remarry and take Sita as his only consort, he seemed to weaponize it throughout their lives to subject her to all kinds of misery. Several instances in the book corroborate this fact.

In her year of captivity at Lanka, Sita defiantly refused to consume a single morsel of food or to even look at Raavan, as a mark of respect for her husband. She was roughed up by Rakhshasis there, sometimes badly bruised as well. But, she held her ground. Never once did she question Ram’s love. Even when hopelessness threatened to descend upon her heart, she steadfastly clasped on to her memories of their love.

Sita’s love and fidelity was questioned

But, did Ram deserve a love as pure as Sita’s? Because his love was nowhere close to what she felt for him, as was evident when he saw her for the first time, after her year of captivity. No loving words were exchanged or warm hugs given. Instead, in an icy cool voice, he declared that she was no longer chaste. And having successfully saved her from Raavan’s clutches, he was free of any duty or responsibility towards her.

That moment is so palpably devastating; one can almost hear Sita’s heart break into tiny shards. A year without food, comfort, company, kind words and most importantly without the love of her life – reduced to nothing. Incredulous at the injustice of it, at her husband’s mistrust, she decided to end her life and walk through fire as an ultimate evidence of her love and loyalty. This Agni Pariksha – although it finally convinced Ram of her chastity – still wasn’t enough.

A good king, but an inconsiderate husband

As the story unfolds, we see him slip effortlessly into the role of a king. He was a benevolent ruler, who lent a listening ear to everyone’s problems, from the lowest section of the society to the most elite class.

But, it is debatable whether he was as attentive to his wife. In fact, it becomes crystal clear that in his bid to make up for his father, Dasarath’s mistakes, he at times overcompensated. His father, who was so infatuated by Kaikeyi, his second wife, that he called upon his own doom by doing what she asked him to. Ram did not wish to follow in his father’s footsteps and took conscious steps to avoid it. Through informants, he kept abreast of the general masses’ views about the kingdom and his reign. It is through these informants that he found out that people were mocking him for having taken Sita back after a year spent with Raavan. 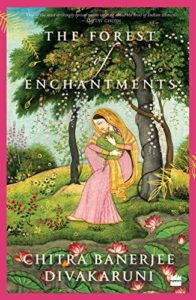 Ram was, in fact, so infuriatingly concerned about people’s perception of him as a king or the inevitable rumour mongering, that he put Sita through unforgivably difficult times. He banished the then pregnant Sita to the forest without so much as an explanation. In fact, he did so, on the pretext of granting her permission to spend a week there. One can’t help but cry at her plight as she was unjustly punished for no fault of her own.

But, through all these insurmountable challenges, a formidable side of Sita emerges, one which all women should borrow from.  Her heart which was a receptacle for the vast and endless love she felt for Ram, broke far too many times, causing irreparable damage. She, whose love for Ram ran so deep, was put to the test one too many times. Furious at having loved so purely yet falsely accused over and over again, she held on to the last shred of her dignity and refused to go through the Agni Pariksha again.

The narrative flows easily like an old river, powerful yet lyrical. The reader is hooked till the end, hanging on to every word like their life depended on it.  I am left questioning my own knowledge of the Ramayana and all things I have known or believed to be true. Is Ram truly an embodiment of all things great? If yes, how could he be so blind to his own wife’s misery? How could a king, a staunch believer of justice, be so unjust to his own wife?

A story so engaging, The Forest of Enchantments is a must read. The voice of Sita continues to reverberate in our hearts long after the book is over.

If you would like to pick up a copy of The Forest of Enchantments by Chitra Banerjee Divakaruni, use our affiliate links at Amazon India, and at Amazon US.