Knowing Twinkle Khanna’s characteristic wit and her notoriously sarcastic sense of humour, I picked up her novel, Pyjamas Are Forgiving, with a lot of expectations.

Twinkle has tasted wild success with her previous books, Mrs. Funnybones and The Legend of Lakshmi Prasad, and I truly believed that this book would be no different. But, after finishing it, I am left with nothing but a deep sense of regret for having picked up something so utterly vacuous.

Set in Kerala’s tranquil Shanthamaaya Sthalam spa, the book chronicles the story of Anshu, our middle-aged, divorced protagonist, battling insomnia. Shanthamaaya Spa, a 28 day retreat, could be likened to a prison, wherein people lead a restrained life, isolated from the rest of the world – except this is a life they choose. A life that sustains on a ghee-based diet and the strict avoidance of sex, caffeine and alcohol in exchange for freedom from their ailments.

But, what happens when Anshu’s ex-husband, Jay arrives at the spa with his young, sprightly wife, Shalini in tow? How is she supposed to claw back her way out of this poisonous maelstrom of emotions – emotions she had safely buried deep within her for years together, hoping that refusing to acknowledge them would thrust them into oblivion. Jay’s sudden appearance after all these years made her realize that deep-seated angst never goes away. It only sits dormant until the tiniest trigger propels it to become a full-fledged avalanche. 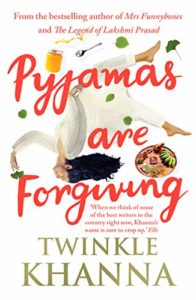 The book, although built on an intriguing premise, fails on many levels. In the first 50 pages, Khanna’s breezy writing style undeniably spices things up, but post that it descends into a consistent downward spiral. From what had appeared to be a wronged woman’s final revenge swiftly morphs into her being swept up in the nostalgia of a relationship long dead. Clinging ever so tightly to the breadcrumbs offered by her manipulative ex, falling prey to the same cycle of lies, becoming putty in his hands, yet never once questioning his motives – Anshu’s character arc plummets to a slow, saddening end.

But, that is not the only problem with the book. The narrative is faulty, interesting in some fragments, lacklustre in others, ridiculously inconsistent throughout. On several instances, the story hints at a potential romance between Anshu and the character of Vivaan, another resident at the spa, but even that doesn’t swerve in the direction we had hoped it would.

It attempts to include too many things, without doing full justice to the story-line. For example, the incorporation of the #metoo incident, albeit without a direct mention, was completely unnecessary, and its handling lacked the gravity it deserved. By that point, the story was already drowning in its own muck, and the forced inclusion of the #metoo incident felt like it was desperately flailing its arms to keep afloat.

The ending also felt hurried and inconclusive, an abrupt end that failed to resolve the loose ends. By and large, it was a fairly disappointing read! The feminist in me cringed and rolled her eyes a million times before finally reaching the end!

If you’d like to pick up Pyjamas Are Forgiving by Twinkle Khanna, use our affiliate links at Amazon India, and at Amazon US. 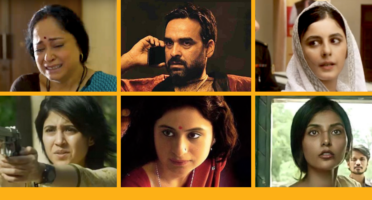