Women’s thick long tresses are deeply infused in our culture. So, is chopping her hair a rebellious and mocking act against her culture?

Women’s beautiful, thick, and long tresses are deeply infused in our culture. So, is chopping her hair a rebellious act that mocks her culture?

“Inhe baal mat kehna, inpe mera naam likha hai. Mere baal, meri jaan hai.” Parachute’s advertisement beautifully portrays the relation between a woman and her hair. Long, beautiful hair is considered a symbol of womanhood and femininity. But is long beautiful hair also an asset and symbol of India’s culture? And does short hair make a girl any less of a woman?

Long hair has always been treasured in our culture. Throughout mythology and folk tales, beautiful women and apsaras have always had long beautiful hair that bewitched gods and kings alike.

The surreal descriptions of beautiful tresses and their comparison to the night sky and galaxies, convey the importance of long hair to India’s culture and history. From Shakuntala to Mohini, beautiful hair indicated youth, beauty and femininity. But time has elapsed.

Long hair may be alluring to some women but not to others. Then why is a woman rebellious or radical if she wishes to chop her hair? I’ve seen women seek permission from their families to cut their hair short.

Is long hair a community asset rather than a personal one? Women’s thick long tresses are deeply infused in our culture. So, is chopping her hair a rebellious and mocking act against her culture?

Despite being a woman, I had short hair throughout my school life. I was never termed a ‘tomboy’ by my mates and teachers, however, I definitely felt like one. While the majority of the girls in my class beautifully braided their long hair, I couldn’t imagine myself with long hair and despised it. There were times when I felt like I was ‘less of a woman’ than I ought to be.

Even in popular Bollywood movies, short haired girls are considered unfeminine and boyish. In Kuch Kuch Hota Hai, Anjali is portrayed as a tomboy with short hair. She plays basketball and hangs out with boys all the time. On the other hand, Tina is a woman with long, beautiful hair, an amazing dressing sense and does all things feminine. 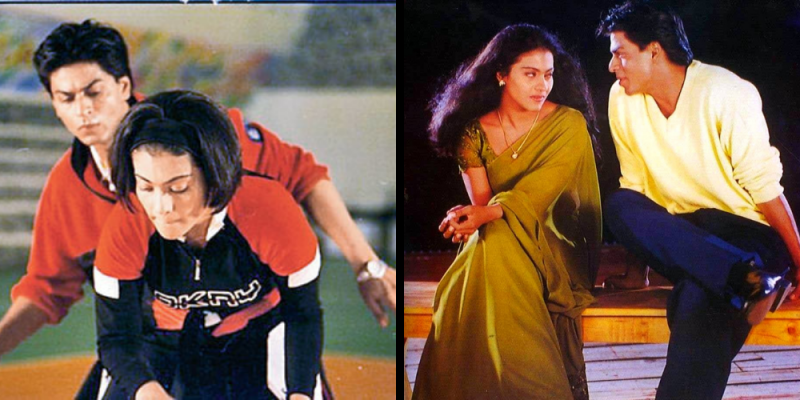 However, in the second half of the movie, after Anjali’s so-called ‘glow-up,’ she has long and beautiful hair. Immediately after this, Rahul falls in love with her. This plot-line perfectly conveys how women’s hair indicates her degree of femininity and gives her the cultural approval.

My hair is mine, my personal possession!

Draupadi didn’t tie her hair for thirteen long years after her dis-robement. Her hair was a symbol of her strength. And like Draupadi, each Indian woman identifies different symbols of strength which resonate with her.

There are different types of women with different choices, body types and, of course, hair types. These differences do not separate us but rather unify us as a Bhartiya Naari.

A woman with long hair, or a woman preferring a bob cut, or a woman fighting cancer, all are equally ‘a woman.’ My hair is not an asset which makes me cultured but rather my personal possession.