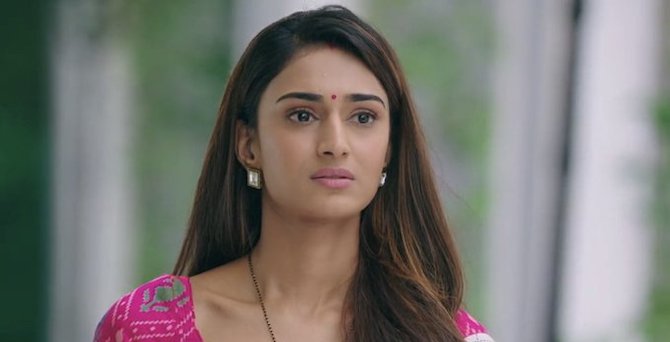 If you think living with one MIL is bad, imagine my plight as I live with three! My MIL and my sisters-in-law have made my life living hell!

Hello ladies! Imagine living with your mother-in-law since the day you get married – the horror and the torture! Now multiply that by three and that is my current situation.

So starting with MIL No. 1 – my husband’s mother and the best of the lot. This woman actually cares about me and has at times considered my feelings too. When I entered this house after my marriage, she also had the mindset to have the perfect DIL, one with all the skills. Unfortunately, I wasn’t any of that!

My actual MIL isn’t so bad but…

So she decided to change me and mould me according to her wishes and as the years passed, she started understanding me and I understood her. With time, we also came to a compromise where sometimes she gets what she wants and sometimes I do. Trust me, in the past few years, I actually started enjoying our banter, except in those times when things get really serious.

She is strict about a few things – no going out or talking to the neighbours or visitors without her permission or presence. Dressing up according to her style, doing the chores as much as possible and saying yes to whatever she says when it comes to her prestige.

Meanwhile, I got her to agree on things like letting me visit my parents at least once every six months, and waking up at 6:30-7 since I sleep late after work. And getting her help at times, since the workload has increased during the COVID-19 lockdown. All in all, I can live with it.

MIL No. 2 – The drama queen and my sister-in-law

Now my second MIL – the drama queen. At the age of 26, she’s too young to be an MIL but she definitely acts like one, she’s my husband’s younger sister. She only has one simple rule – she likes something and she wants it. It could be clothes, jewellery, food, anything, except my gold jewellery. My MIL has strictly told her not to even think of touching it and I have also been warned never to lend it to her.

She doesn’t like to work but wants her food on time. And with the restaurants closed, I am ordered to make samosas, momos and other tedious snacks even as I have my office work. If I do things according to her wishes, everything is fine, but if I say no, all hell breaks loose and to pacify everyone in the family scolds me!

Their simple line to this is, ‘She is still a kid!’ But here’s the thing that makes me feel bad – I was younger than her when I entered this house and I was treated very differently from this.

The other thing I feel bad about is that if I say I have office work, and can’t do something, everyone says that I am trying to run away from my chores. However, if she says the same thing, I am told that she works hard!

You might think I’d get some relief once she’s married but I do not expect that to happen and the reason is MIL No. 3.

So MIL No. 3 is my personal devil incarnate. Her personality changes from sweet to angry in a matter of seconds and it is usually difficult to understand why. An educated woman, married with a kid, she stays with us since she doesn’t want to stay with her in-laws. Why, you ask? Please note the reason, your honour, because her MIL ‘makes her work too hard.’

Now that we are clear about her, let me continue with my issues. She is the one who has been behind my MIL to force me to wake up at 5 am and finish all the chores of the house. Apparently finishing all the cooking and cleaning before everyone wakes up is the only way for this house to prosper.

In fact, I was even forced do it for a month, but then, I fell sick and almost had to be hospitalised. And when the doctor confirmed that I needed rest, my MIL realised I might not survive this. So she changed the rules. It has been two years since then and yet my sister-in-law brings the topic up and ruins everyone else’s mood.

The other issue is me going to my parents’ place. She has been staying her since she got married and her husband visits her once every six months and stays for 15-20 days. But if I ask to go visit my parents, she stops my MIL each time, saying I should stay here and go home only on special occasions or in case of an emergency. If I try to fight this, I am boycotted and no one talks to me or even looks at me.

Household chores are apparently my responsibility. But just so you know, she didn’t even stay with her in-laws for a month because her MIL made her do all the cooking!

The fourth issue is that of non-vegetarian food. I am a non-vegetarian living with converted vegetarians and each time I ask for non-veg food, I get a preaching it is a crime. Okay, fine, I might agree with that, but shouldn’t I be the one to decide if I want to turn vegetarian? Isn’t it wrong to force me to do that? So now, I have been craving fish curry for almost over a year!

There are so many issues with her!

And there are so many other things too! I cannot step out of the house, except to go to office. Half of my income goes to them and I haven’t brought myself a dress in over three years! They even wanted me to celebrate my birthday according to their wishes, so I stopped celebrating it altogether and asked them to do the same!

She also expects gifts on ever occasion and festivals since she’s here. But she doesn’t want clothes, she only wants money and she is the one who specifies the amount.

A few months ago, I said no to that because we already had to take a personal loan and had to pay for another wedding. I was even saving some money each month from my salary to buy some gold jewellery and was naïve enough to tell her. My MIL took that money and bought jewellery for both my SIL and I. Jewellery I didn’t even get to choose! Just because I am saying only bad things doesn’t mean she’s cruel. She’s usually in a good mood but I am the one who always ends up suffering and on her bad side.

There are a number of other things too but I think someday, things will get better. My husband is a spineless jerk and a fool who loves his family too much. And I continue to stay because I love him a lot too!

Now, I’ve stopped hoping for things to get better

In the initial days of the marriage, I would fight with him a lot due to all this and that has created a distance between us that I am unable to bridge. He still treats me like an outsider and I also try to behave like a stranger, because every time I start hoping, things go downhill, breaking my heart.

There are time when I gather the courage to leave but I am unable to and I’ve even asked him for a divorce a few times. Each time he says he has no issues and that it’s my life and I can make this choice. My MIL was the one who stopped us but sometimes I really it was the right decision.

It has been a long time and we still don’t have kids but I still want to stay for his sake. I know he’s suffering too! Coming from a broken family, they never knew what real family felt like, ho families support each other. I just hope that is the only reason they behave so stupidly!

Here’s Why The Belief ‘Women Are Women’s Worst Enemies!’ Is A Result Of Patriarchy