Right from school, girls are told to dress and behave in a certain way lest it 'tempt' men. Shouldn't we stop sexualising and shaming them?

Right from school, girls are told to dress and behave in a certain way lest it ‘tempt’ men. Shouldn’t we stop sexualising and shaming them?

With half-asleep eyes, I opened Instagram and mindlessly scrolled through people’s stories, but one story made me pause and think that day.

A popular singer had posted a screenshot of a young girl’s horrifying experience during her junior college. This story had warranted over 4000 replies with women recounting their own horrific experiences.

Almost all of us have gone through the shaming and blaming

Stories of women being slut shamed for wearing kurtas of shorter length than acceptable, for not draping dupattas properly. Young girls barely out of high school bashed for dressing provocatively and distracting the attention of their male counterparts and lectures.

Stories where people who spoke against the college authorities were met with retorts like ‘girls from good families don’t behave this way.’ Or stories where women were told, ‘nobody would marry you if you continue behaving like this.’

This had me recollecting my own memories of pre-university days. We weren’t allowed run in campus despite being late to class. And neither were we allowed to wear anything sleeveless, because obviously what could be more seductive to men than a minor girl’s arms?

Why was my education not as much a priority as a boy’s?

One lecturer, in fact, went a step further and told us that it is okay if we didn’t get a seat through an entrance exam. However, the boys in our class had to get through since they would be the ‘bread-winners’ of the family!

It infuriated me that day how easily they had prioritised someone else’s education over mine, simply based on their gender. I went on to question many such unfair situations in life. From question why only girls had a curfew in hostels to why girls couldn’t stay out longer.

But having seen thousands of women relay the same sort of experiences is truly terrifying. Especially at an age where our bodies are filled with hormones and are changing faster than we understand. This is also the time we are shouldering the responsibility of choosing a profession we want to pursue for the rest of our lives.

Add to it, the pressure to get into either IITs or the top medical schools. With all this happening, the last thing young girls need is to be judged and ridiculed by the educational institutions.

Young girls are brainwashed into thinking complacency is good behaviour and submitting to men is a priority. Meanwhile, young boys are conditioned to expect every one to accommodate their needs turning them into entitled and insensitive men. This conditioning traumatises both the parties involved and has long lasting toxic effects.

All these prevalent issues are often swept under the rug either in the name of culture or for the sake of upholding quality of education. No-one realises that by doing so they continue being the torch bearers of patriarchy.

We definitely need to change mentalities. And it’s high time we stop judging people based on their gender, dressing, looks and sexual orientation. We are in the 21st century, let’s treat every individual with the respect they deserve. 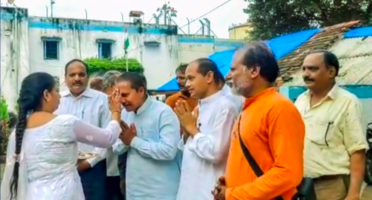 Will Caste Now Decide If You Should Be Kept In Jail Or Given A Free Card? Central Health Ministry Says 'No Data On Healthcare Workers Dead Due To COVID' This Is Appalling! 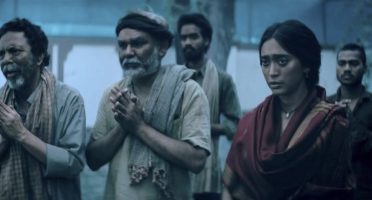